I did this show last year when Englad were played Sweden in world cup - that ruined the days trading. This year it was the champions league and is was dead in the afternoon. Even though the game was in the evening - very strange. 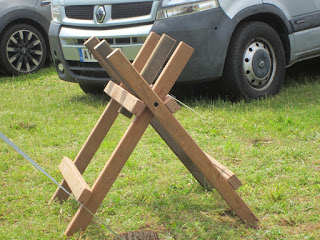 Anyway, came up with a project to use some Iroko that has been sitting at home too long.

This saw horse. Did not last long! 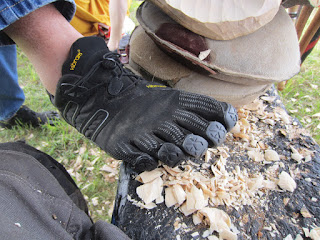 Being on the Norfolk borders there were a few Americans about, some serving on a local base and some retired here having served and some visiting on retirement.

This gentleman had these fancy shoes and would want to live here with his Yankee medical insurance they won't pay up over here. 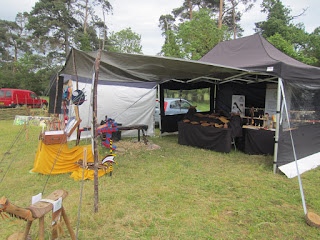 Have been playing with my Gazebo setup. My best adviser the ex Berkshire group leader Chris Allen used to keep me up to scratch but he has gone back to full employment. Such a shame he was an outstanding maker on the pole lathe.