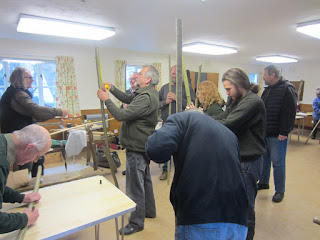 Pete Rippingale was doing a bow and arrow making day.

We were split up into three groups making the bow, arrows and the string. 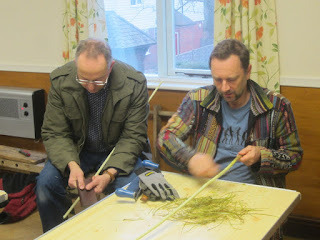 Harry and Phill were in the first arrow making session. 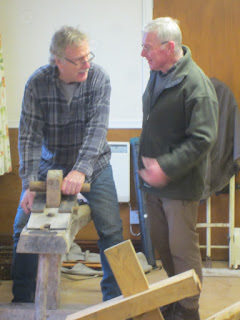 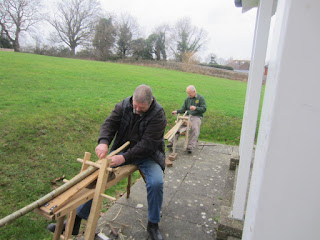 The more hardy souls were outside - including Robin Etheridge. 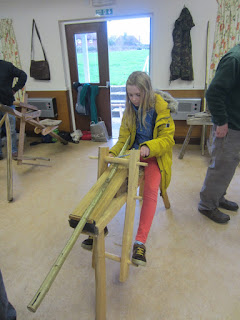 Josie Leake was also making a bow along with the chap below. 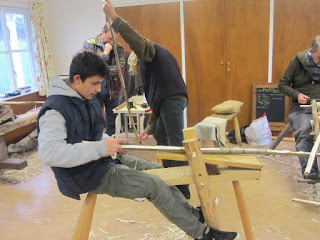 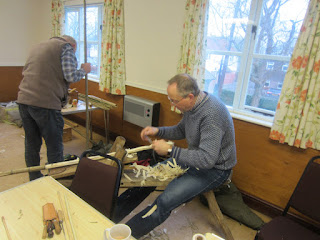 Harry later on – making his bow. 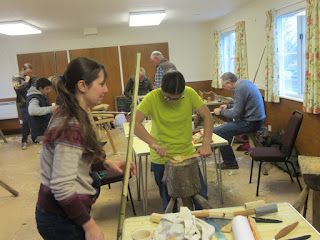 Amy was giving spoon tuition to another new member, as well as supporting the rest of the spooners. 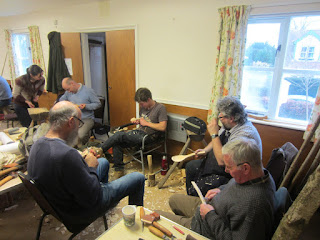 Good to see Mike Church out and about – taking a break from his chestnut work. 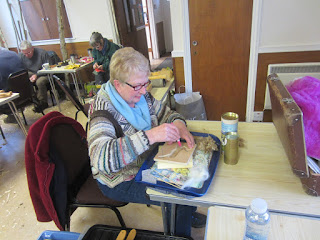 Carole – as ever busy either recruiting baking or needle felt some lagamorphia!

There were some other activities going on - wool spinning, lacemaking, John Burbage was carving. 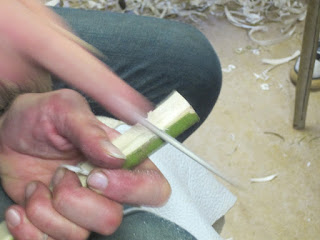 Pete filing the knocks in the end of a bow. 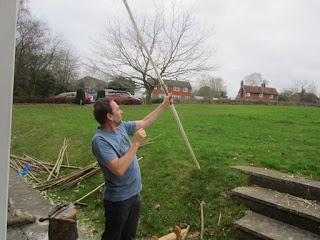 Phill was the first to finish everything – well no surprise really.

My thanks to lots of them – it takes many hands to make this work.

Their next activity is an adze day at Benenden 10th February.

It’s always a pleasure to visit Katie Abbott in her wood, especially when Olvin and Nic Smith along with Will Wall and Sue Holden are visiting. 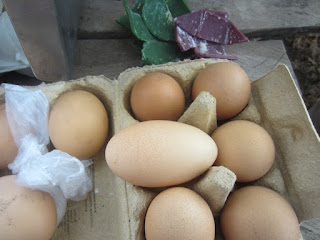 Olvin brought some hi speed eggs from his own flock on Coll – note the aerodynamic shape. 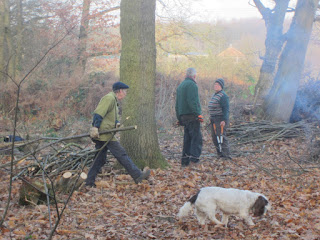 Well, we were all helping with the coppicing, I was amazed at how hard Katie works! 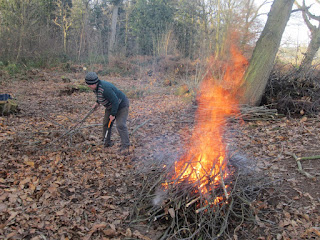 Nic was in charge of brash burning. 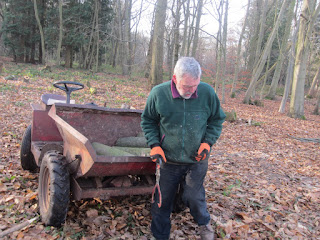 Will was transport director organizing removal and stacking of  timber, placed according to species, size and water content (one of the felled trees was dead standing – suitable as firewood). 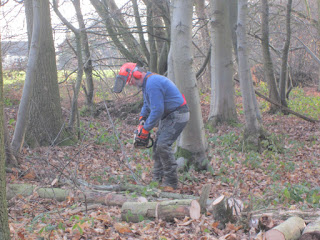 Olvin was the chainsaw guy – so glad is was not me, that looked like seriously hard work! 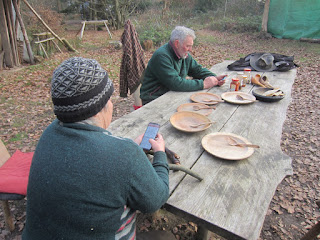 Never though I could catch two bodgers on their phones at the same time and table!

Perhaps they were texting each other. 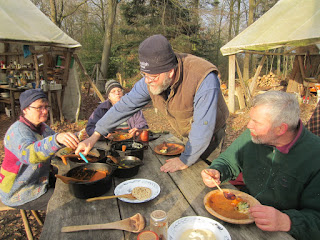 Our hearty lunch outdoors – everyone shares what they bring.

That was the best fun I have had this year!

It was cold but bright – happy to be doing something physical to keep warm. Although I spent most of my time driving a dump truck it still had to be loaded and unloaded.