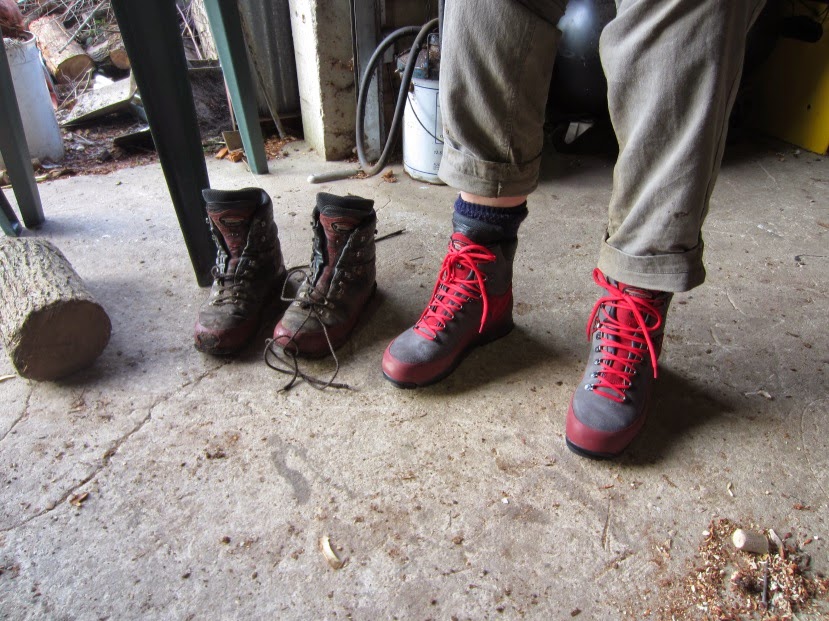 New shoes? Well new boots really, The National trust supply these to their forester employees FOC – good job they are £200+ a pair.

They did however on close inspection looked like a quality piece of engineering,  yet very light, Gore Tex and memory foam. 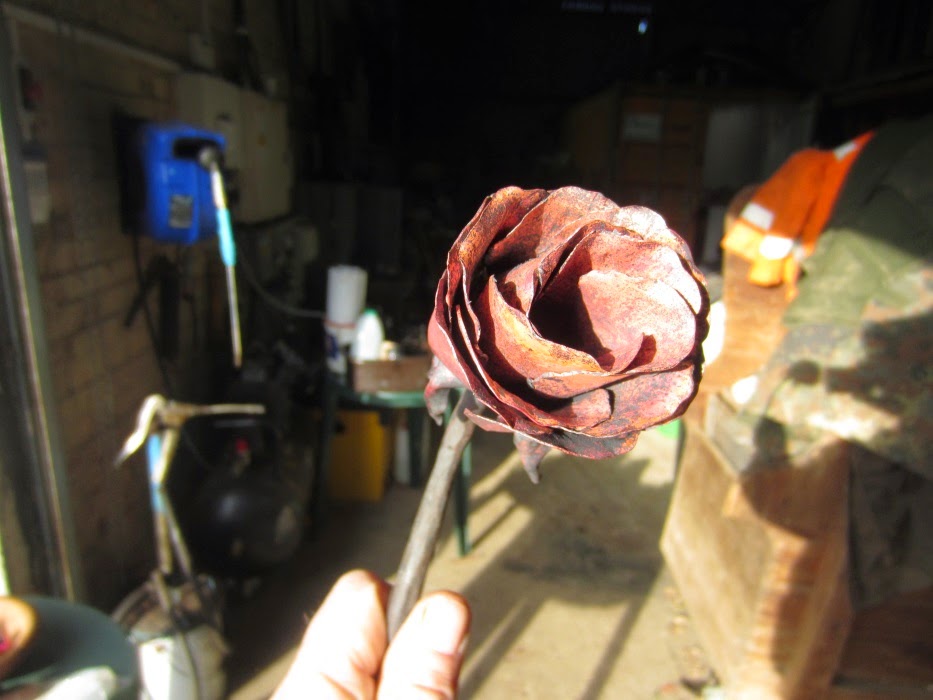 Simon has been experimenting with some scrap copper to make this very nice flower.

I have seen this forged from steel before and sprayed but this was so much life like with the natural discolouration caused by heat. 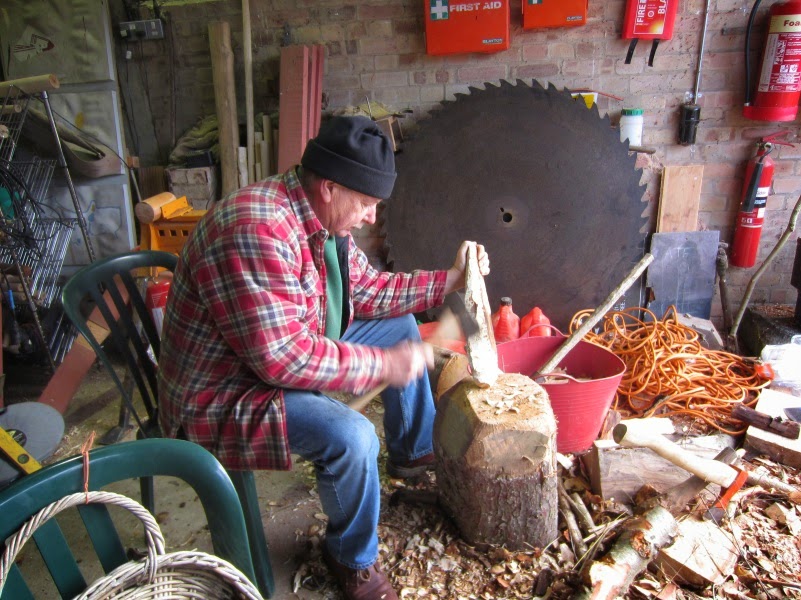 This bodger was axing out a cuttlefish shape from a piece of burr horse chestnut, the wood was an unusually light blue colour.

Later on I loaned him a rather nice adze. 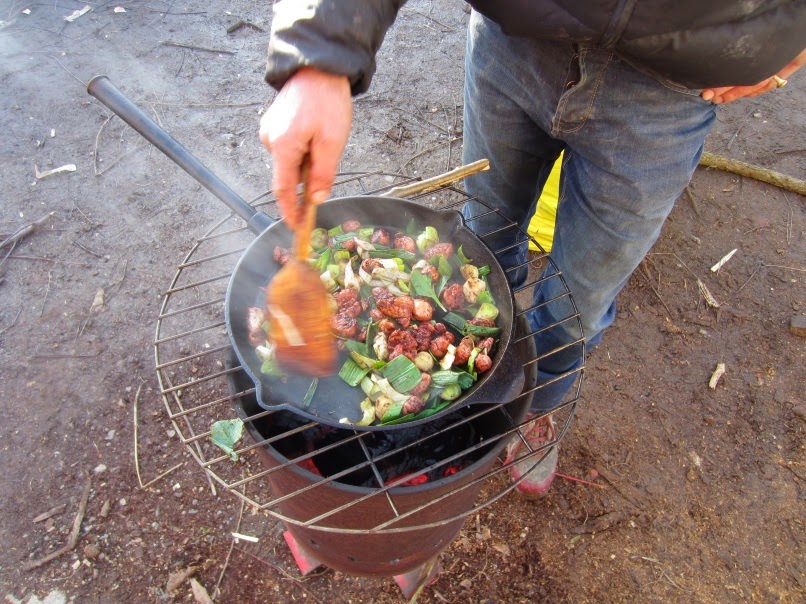 Simon returned from one of his quick exits with a fresh rabbit from the ferreters working not too far away. So this was instantly butchered into stir fry and dog food.

Fortunately we were having the stir fry. I joked about spring onions so leeks were added along with hot spiced apple juice (all produced by members). 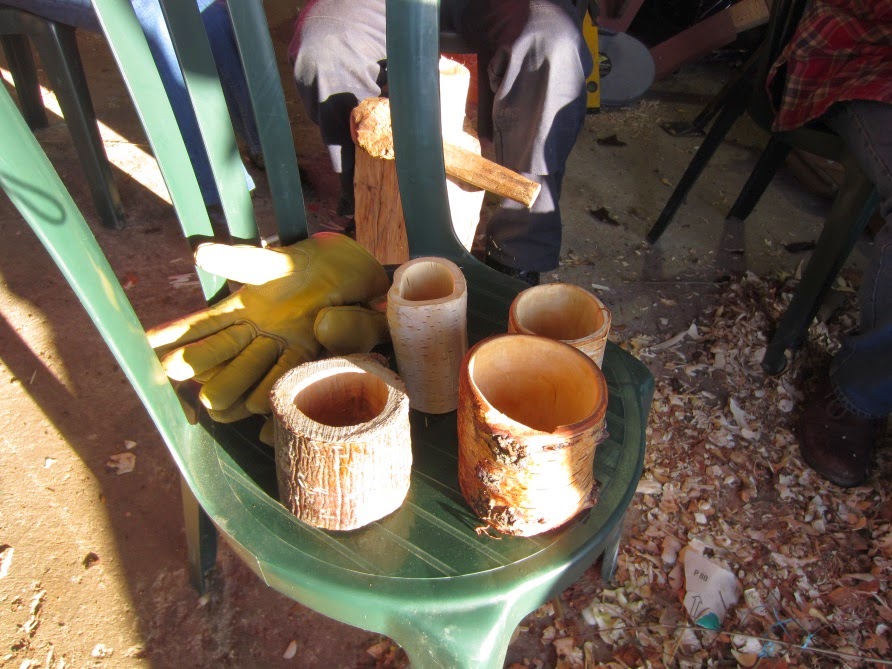 At every meeting the lathers have a themed competition – this month was shrink pots, mostly from Birch. Simon was judging (well he had nothing better to do). 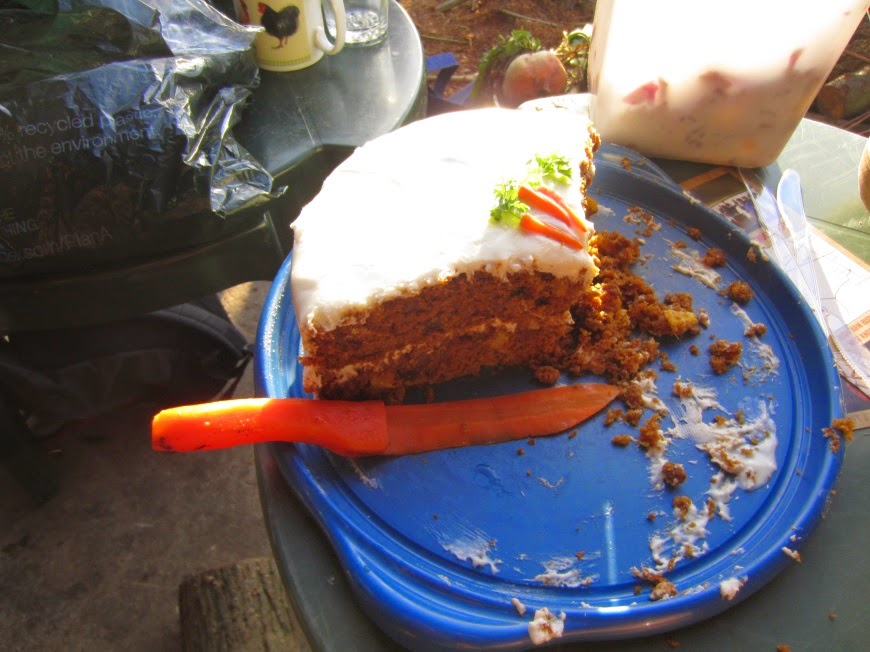 Well after all the BBQ stuff, the sweet course, carrot cake with a carrot knife and carrot decorations.

This did remind me of Wade Batchelor at Spoonfest 2013 and his spoon carving sessions from carrot.  Now, I was really taken with this idea of finding a very easy material to work on shapes – a very less resistant material than wood. 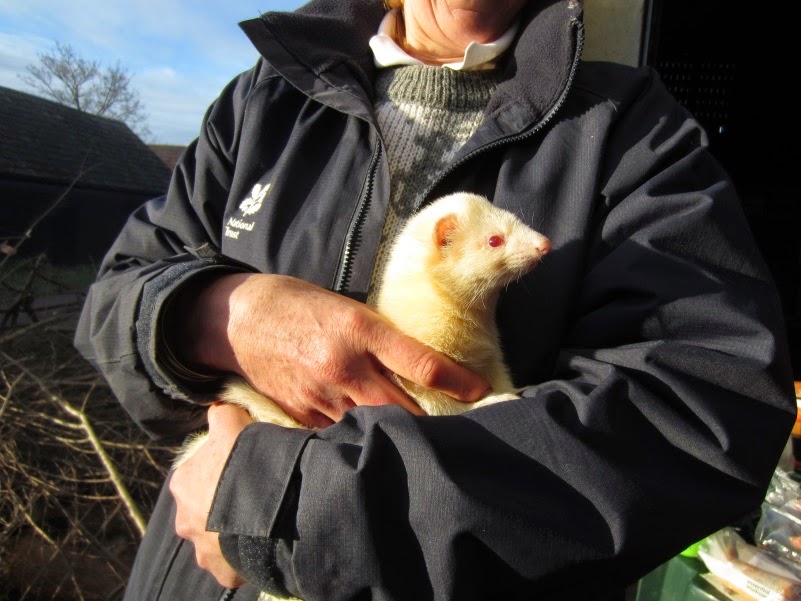 At some time during the morning we were talking of ferrets, probably whilst Simon was Woking.

This was their chief PR guy, very friendly,  (not to rabbits however). 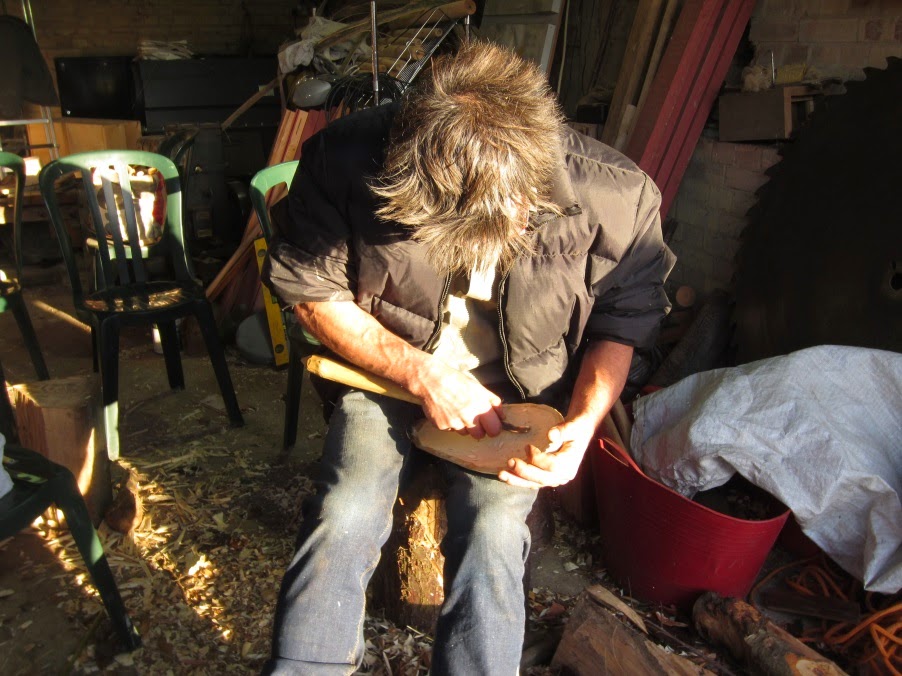 Well, no Wimpole blog on would be complete without a picture of Simon Damant.
The star of the show. 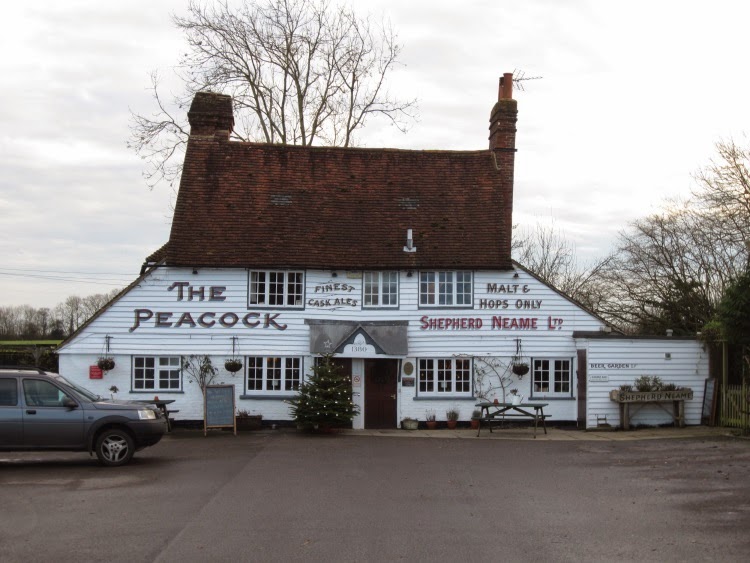 On the way out of Gouldhurst Sussex I passed this weather boarded pub on the way to Benenden.

Will put a note in my diary for a future visit. I hope the beer can live up to my expectations and match or surpass this interesting  façade. 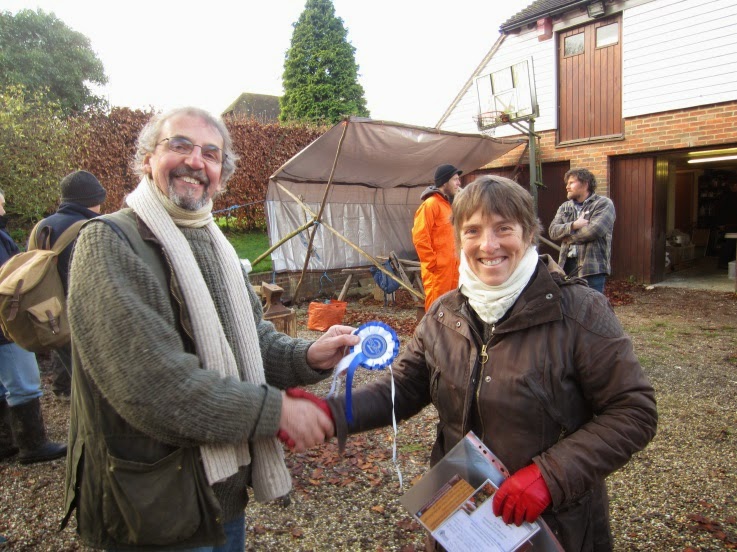 Nick Bertenshaw awarding Jill Swan her rosette for her chair that won second prize (in absentia) in the item of woodwork from this year’s Weald & Downland Horticultural Show. 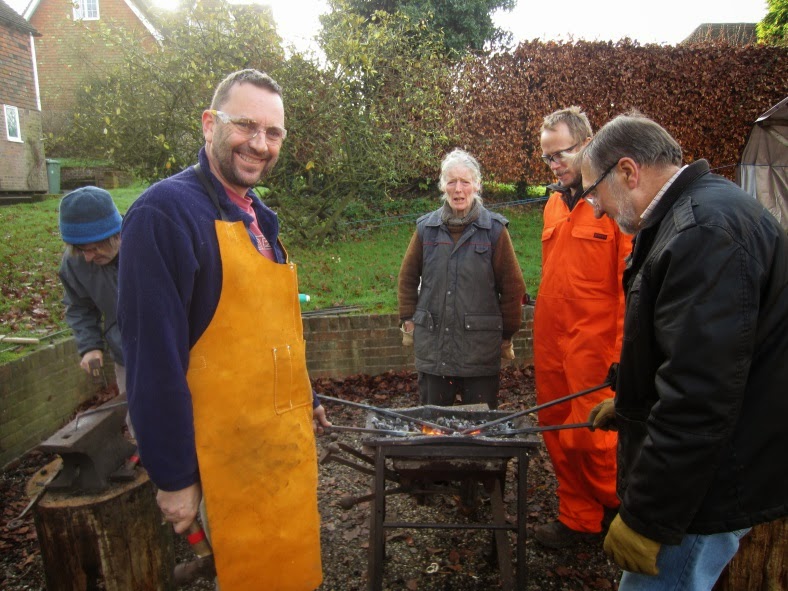 Phil Piddell (front left) – the organiser of this event ( Sussex alpaca herder and hedge layer) with some of the Kent Bodgers group. 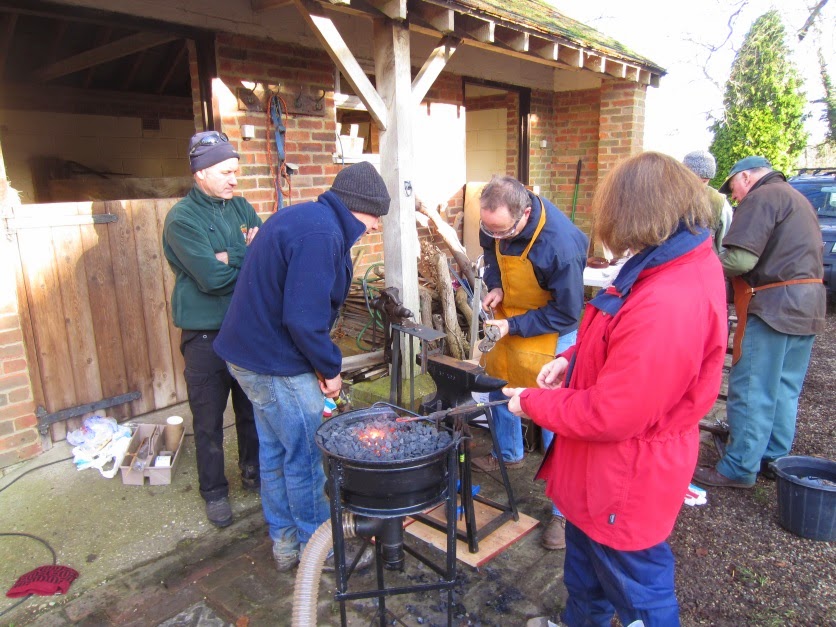 Harry Rogers on the anvil helping with knife making.

He brought his home made forge from a Volvo (excellent choice) car fan, 12volt mains converter and a modified car wheel. He was using coke –this made for a very hot, quiet fire that required no pumping. 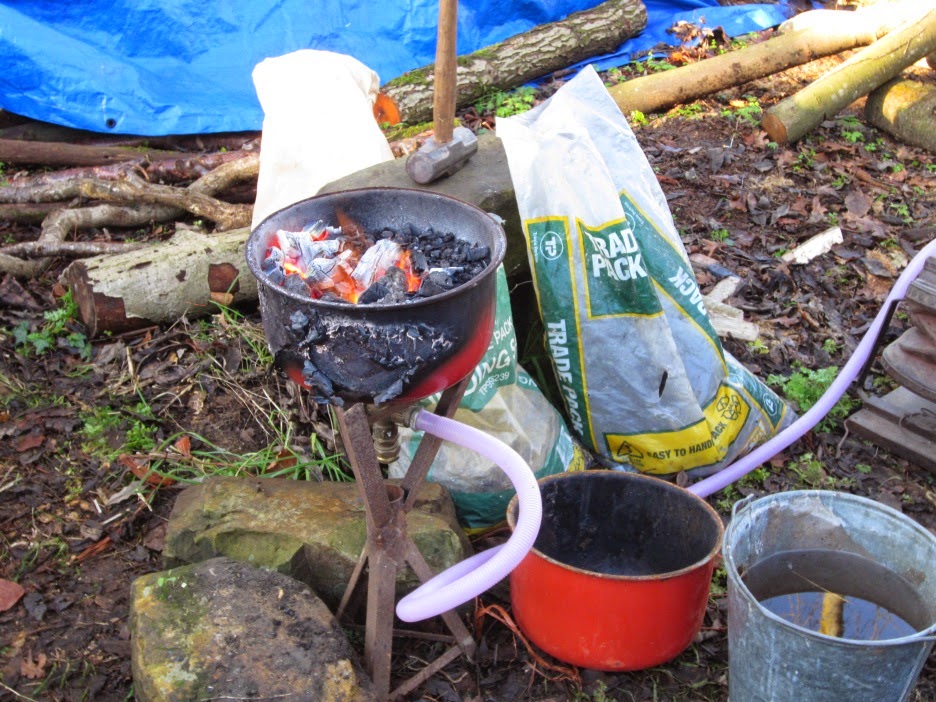 This was Phil’s setup; I think this was a pressure vessel from his old central heating with some recycled colonic irrigation tubing.
The base was made welded from two old axle stands 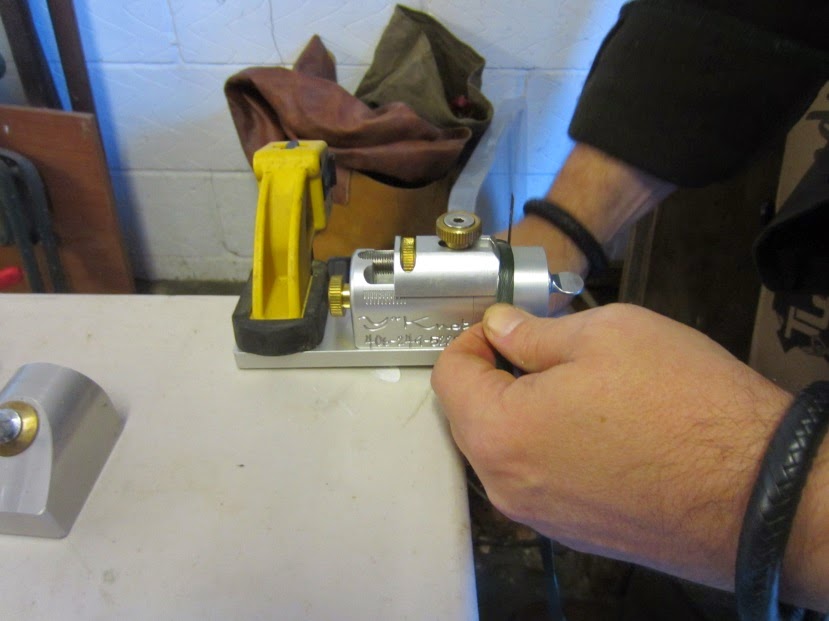 Bardster AKA Paul had some fabulous leather plaits + he was demonstrating some fancy thong trimming tools.

As usual, many, many thanks to John Burbage for his generous hospitality.
Posted by Unknown at 12:52 No comments: 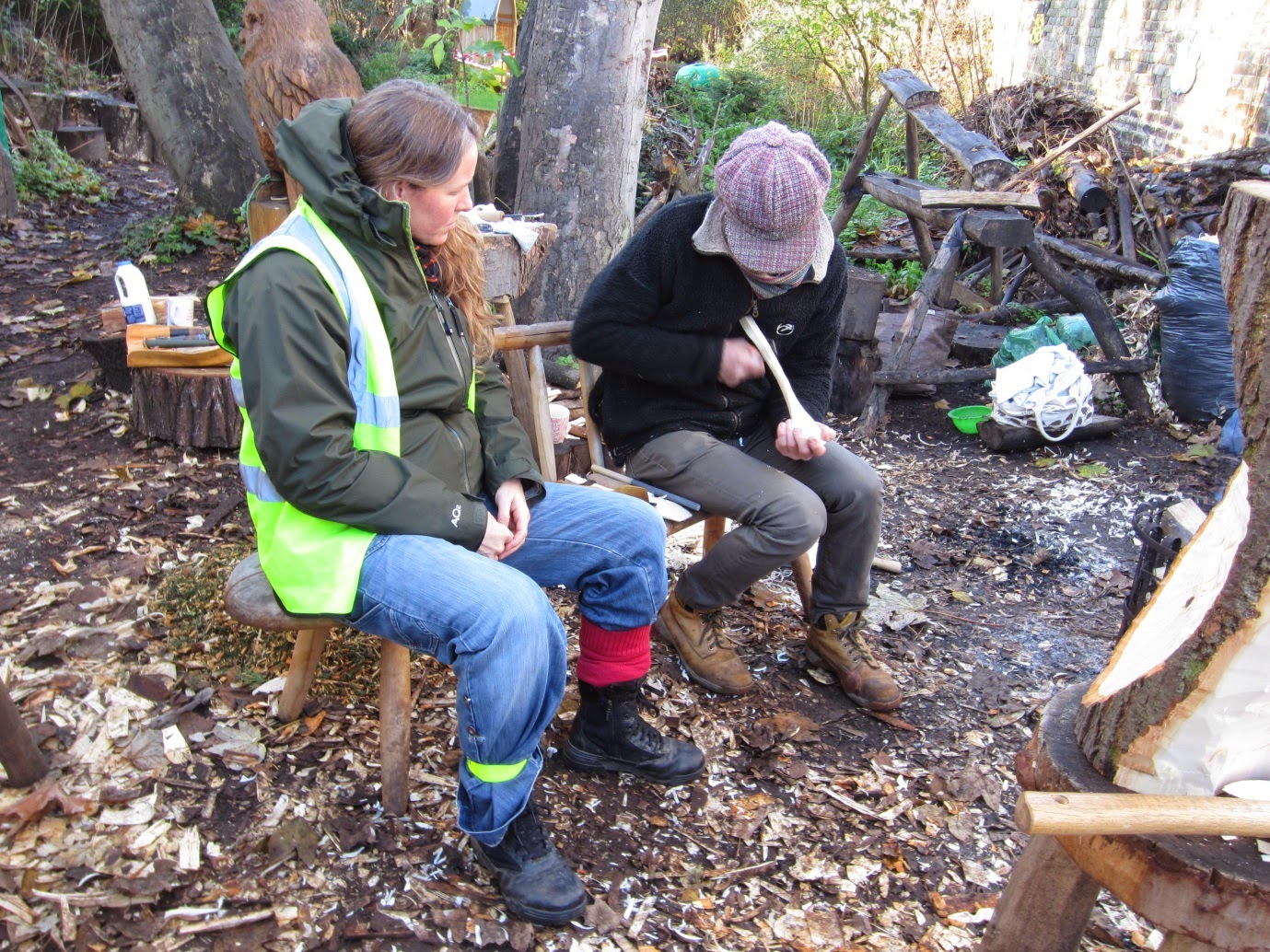 Julian was giving a demonstration to a young lady who had been on a beginner’s day with Jo Clarke earlier in the year.

Julian had been previously been discussing knife options as she was putting together her Christmas list. He was making an excellent job of it to. I wish I had his knowledge. 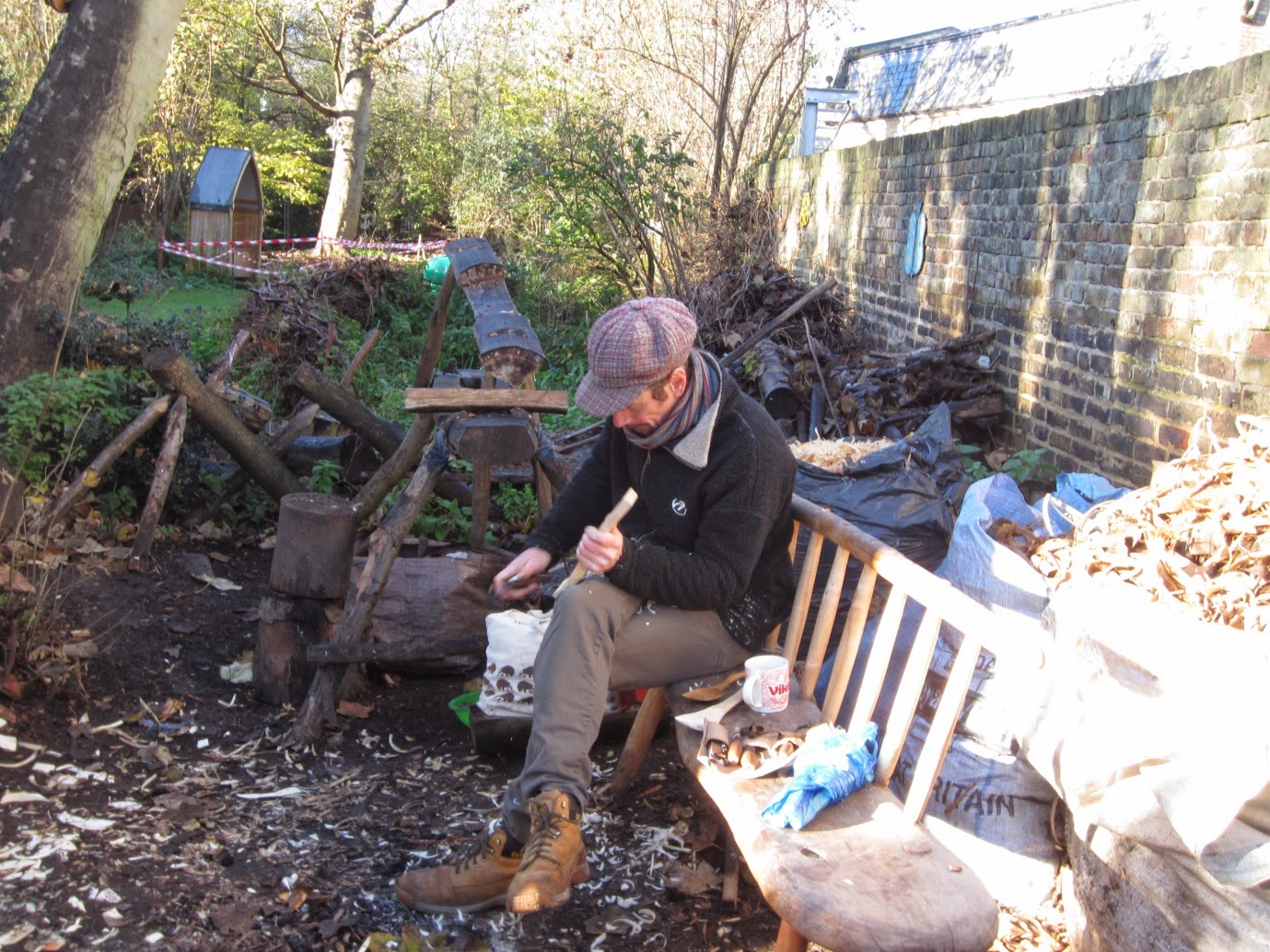 Julian had just bought himself a Twca cam from Nick Westerman. What a great tool, very very sharp (as is the Westerman trade mark).

It was a very cold day out of the sunshine. But I managed to cycle to the farmers market to buy some Bath Brie.