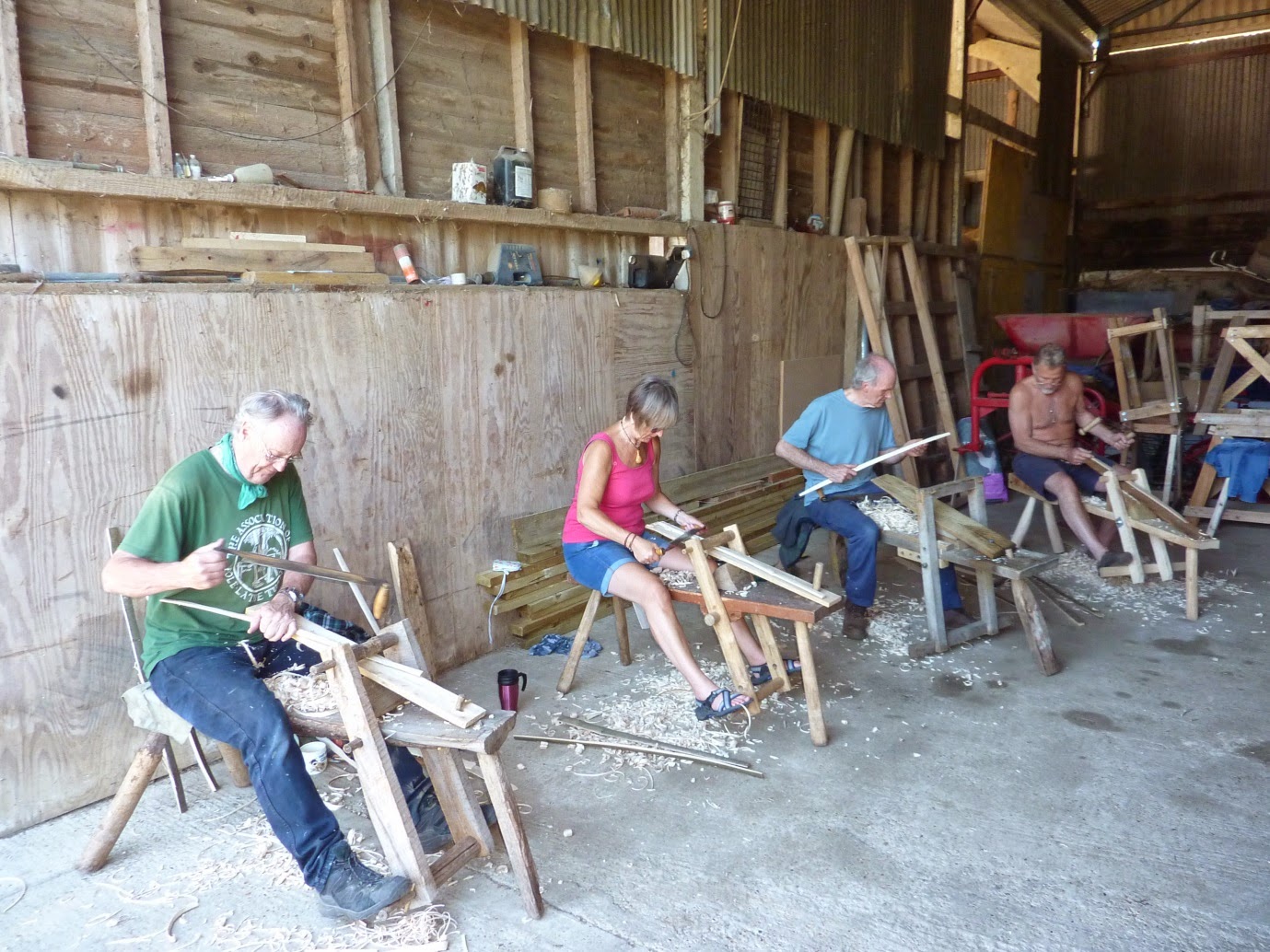 We started by making the willow slats that Richard had cut.

Looks easy, Richard made it look very easy. Never knew what a sharp draw-knife looked like before. Most of us did some sharpening as I did but then I borrow one from Mike Church who was sitting opposite mass producing you know what! 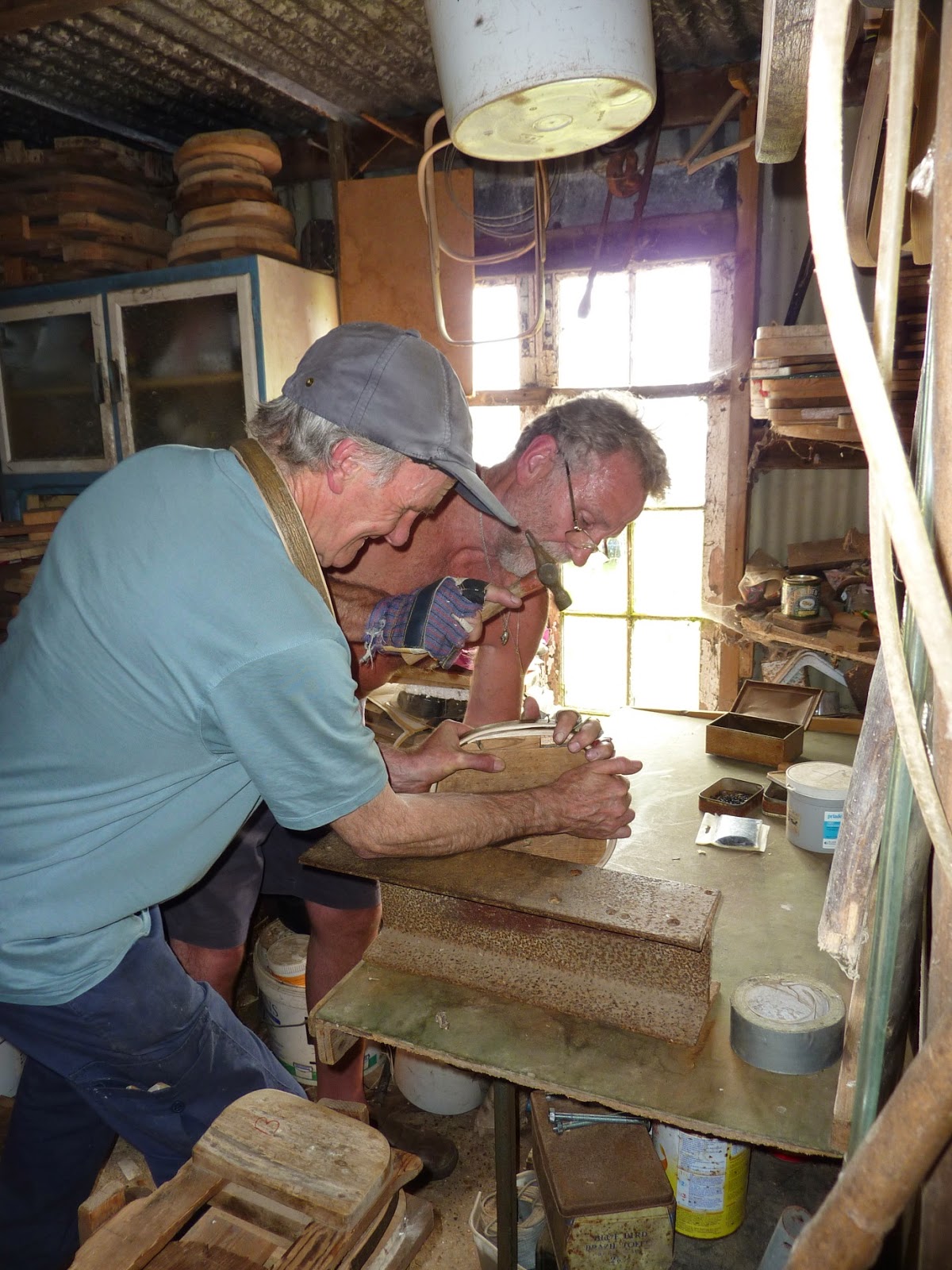 We then dipped the slats and wrapped them in plastic bags – (recycled from last year’s group.

The hoops were next (I bet their not called that), a lot easier only three of them.  Then off into the home made steamer.

Bending them proved to be more difficult than you would think (do you begin to see a pattern here?).

Mike kindly came to my rescue.

Now I used to think that steam bending would be easier with fresh wet wood – absolutely not. Without seasoning the bark falls off!  It is remarkable though that it stays on. 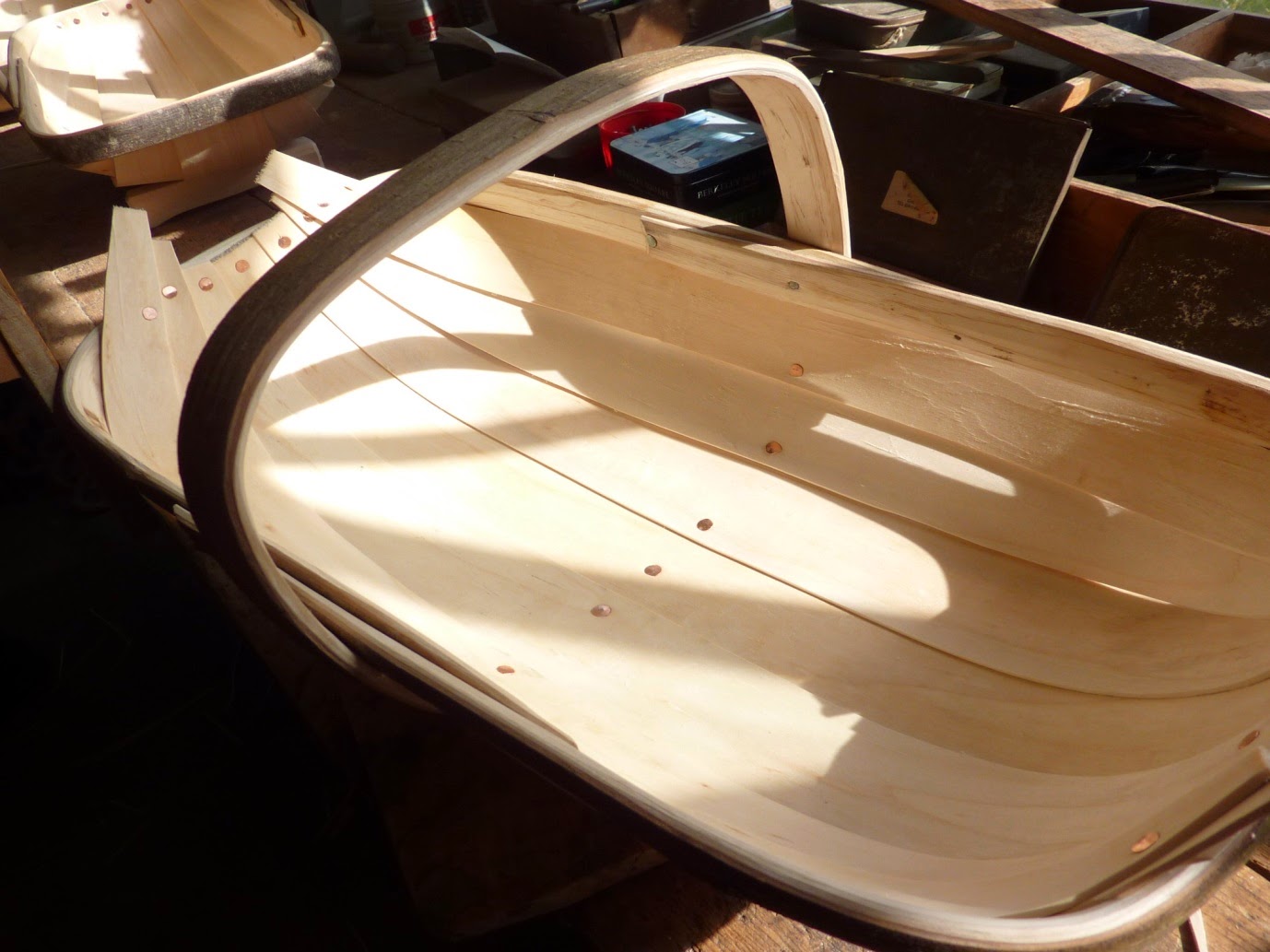 After a second soaking the slats are rolled round a former and then fixed into the chestnut hoops with copper nails.

A final trimming, a pair of willow feet and we were done. 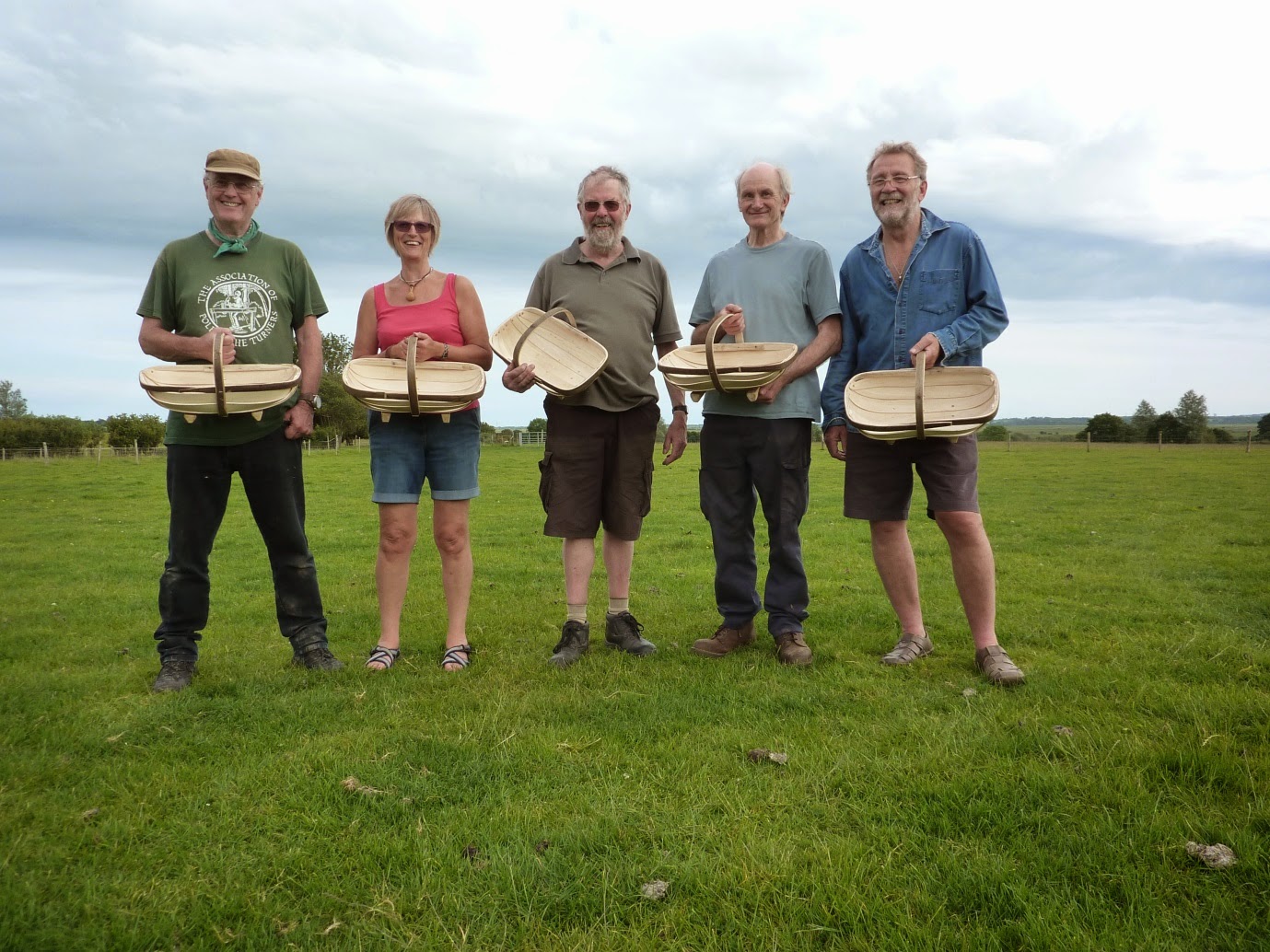 The happy band of trug makers