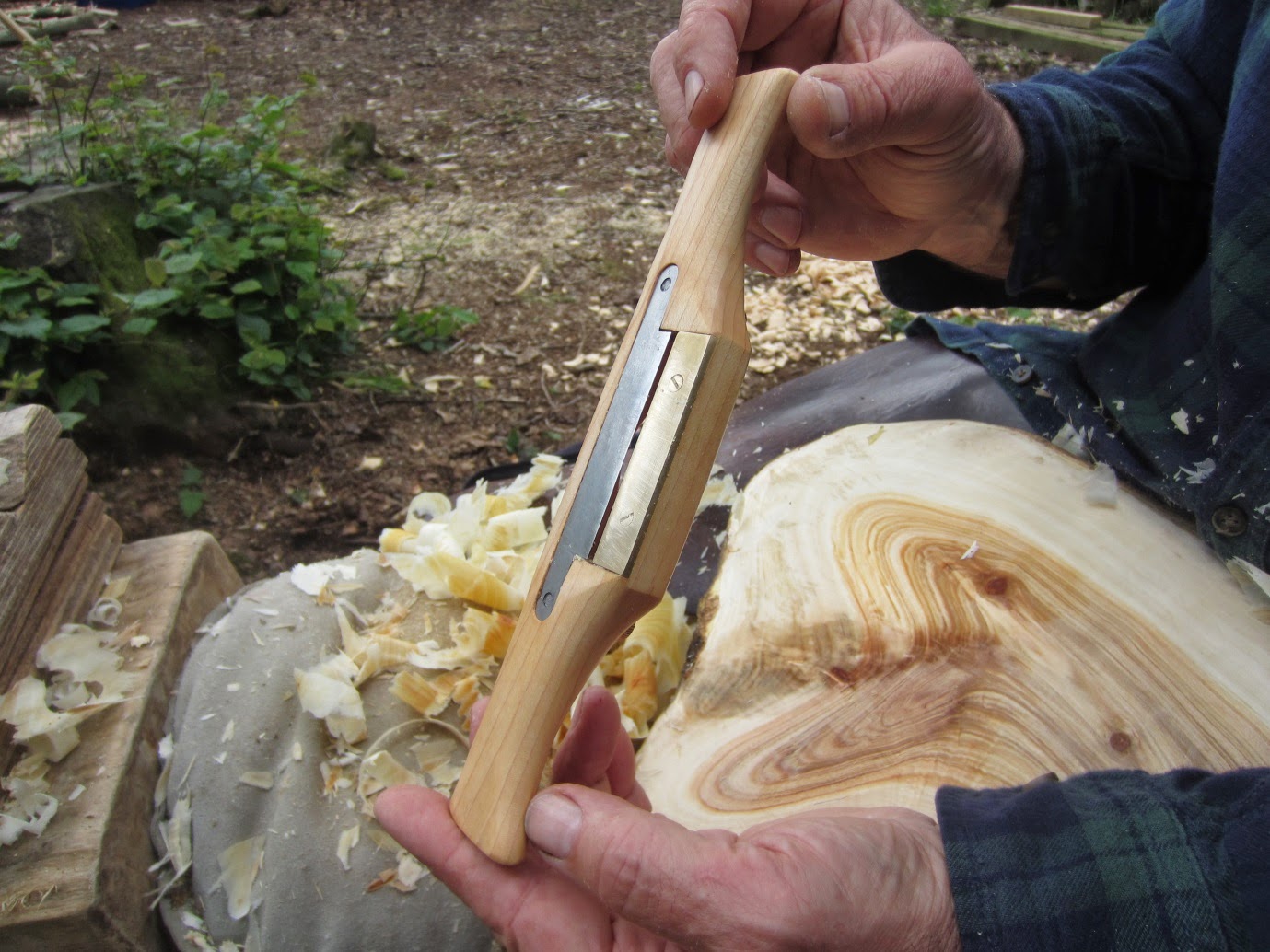 Bardster brought along a new low angle spokeshave from James Mursell – thewindsorworkshop.co.uk and suggested I tried it on my bowls. 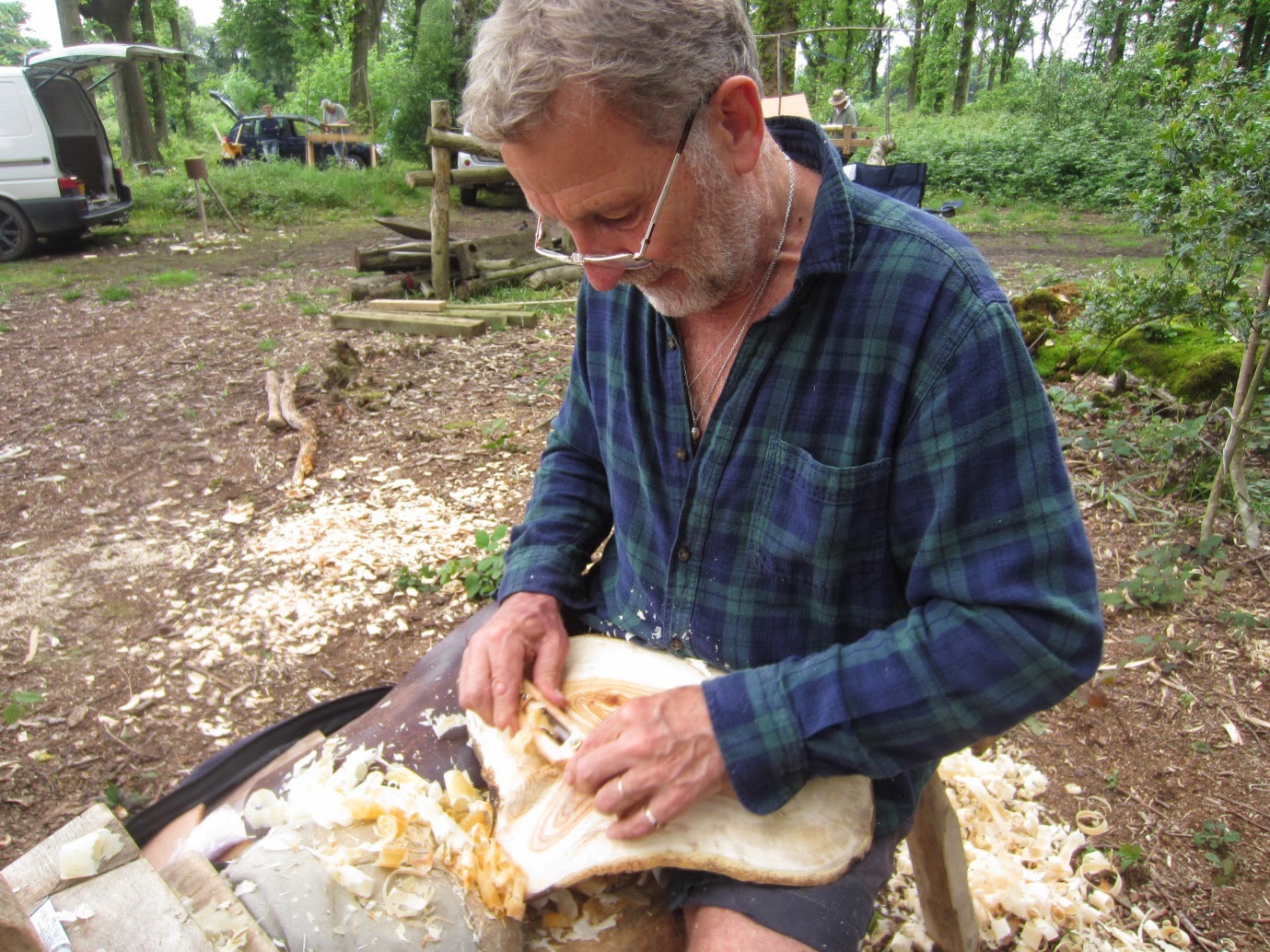 Recently I have tried a large Veritas spoke-shave on loan from Harry Rogers, I thought that was good. Size for size this was better – fine adjustment on blade, and what a blade! Razor sharp on delivery and kept that edge all day. I started on some Arizona Cyprus from last week’s visit to Wimpole – the shavings were very fragrant and were in great demand from the crowd. Next time I think I might bag it all up and sell it as pot pourri. 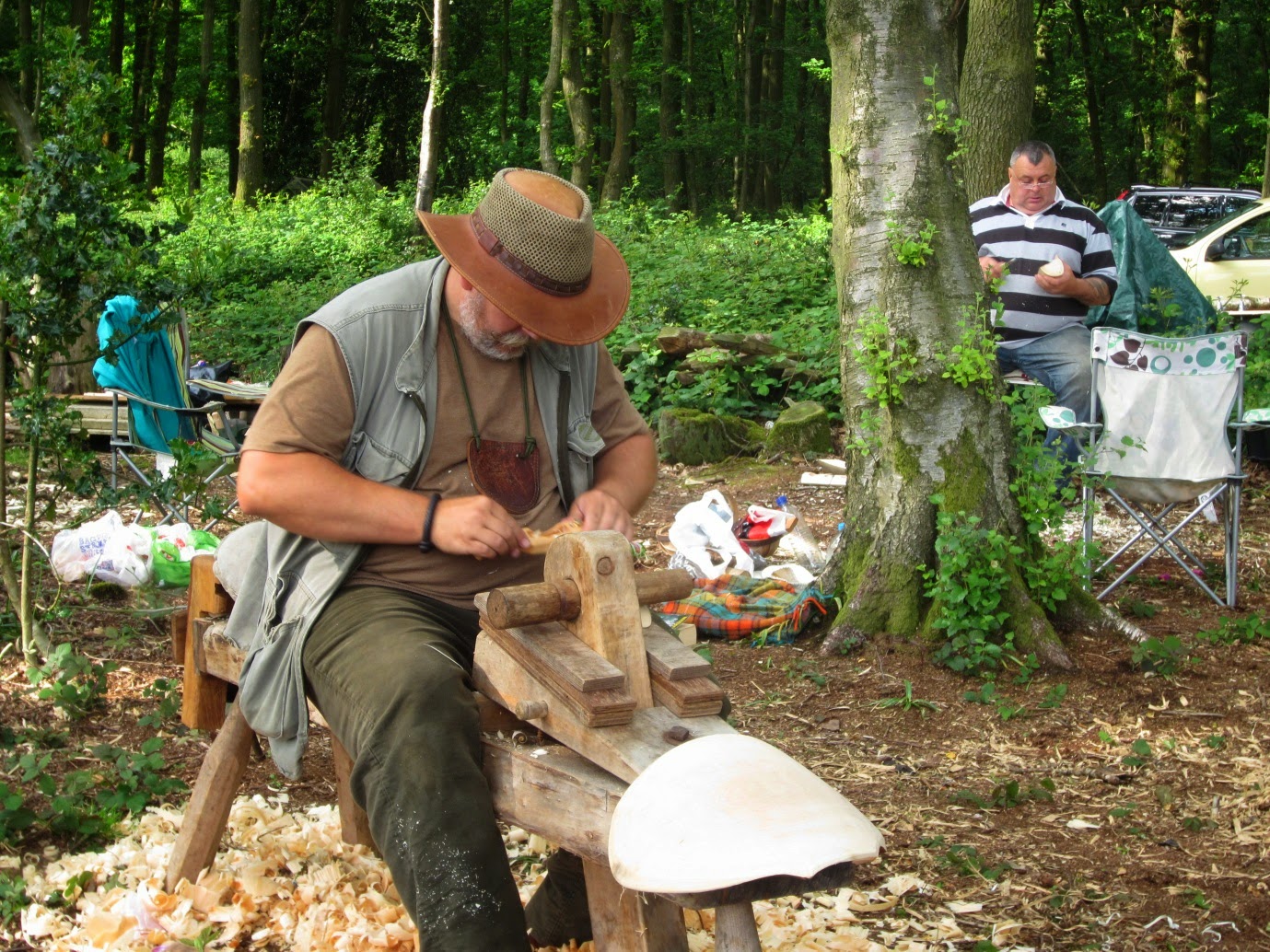 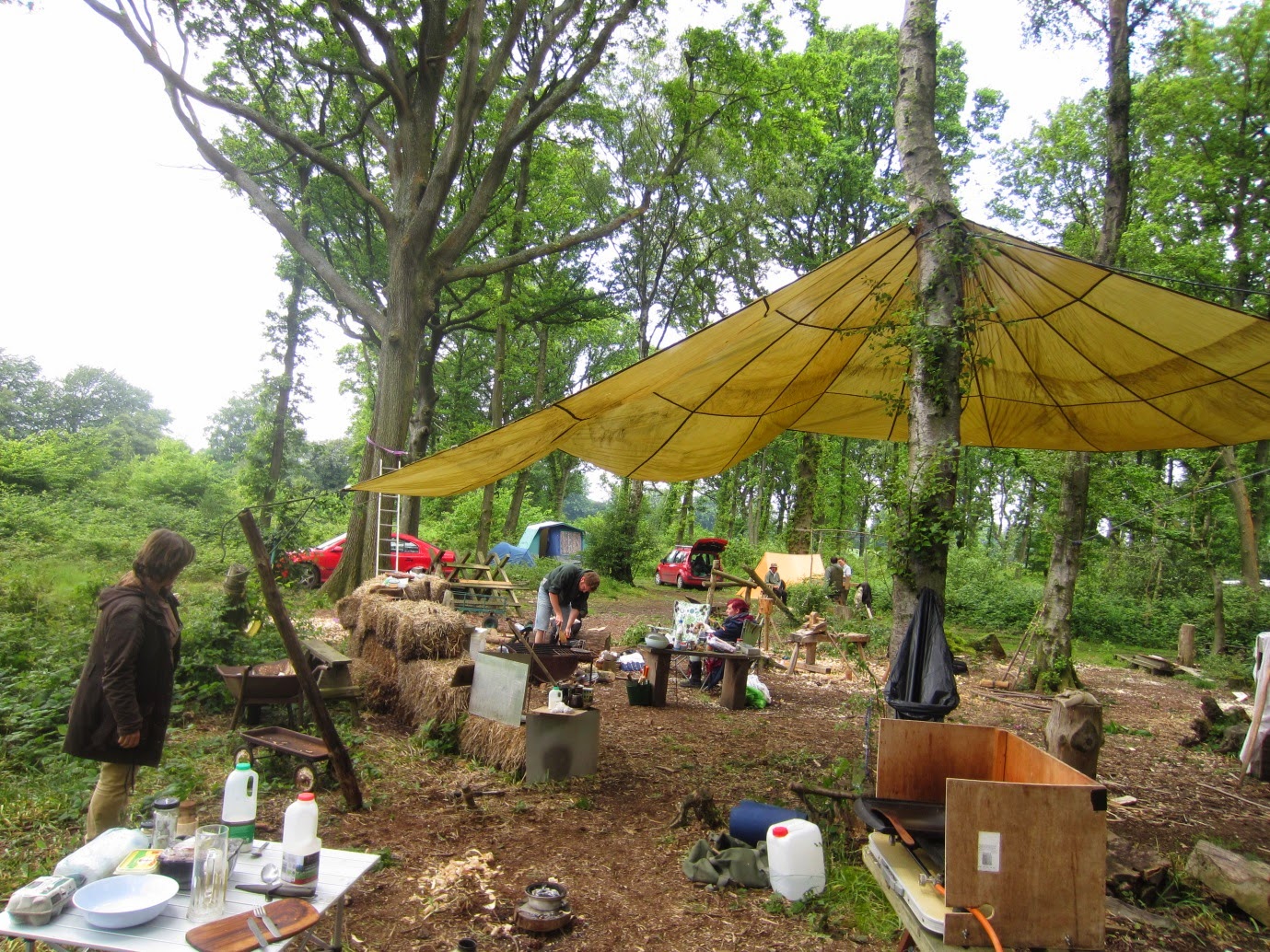 Jill Mayo was hosting the group at her wood, south of Canterbury.I think the APTGW  Bodgers have been visiting for three years. This season we were using her new composting loo.

The main work area has all the mod cons – fire, kitchen and parachute!

I have noticed that some of the Bushcrafters we bump into have some interesting and different shelter constructions including parachutes. 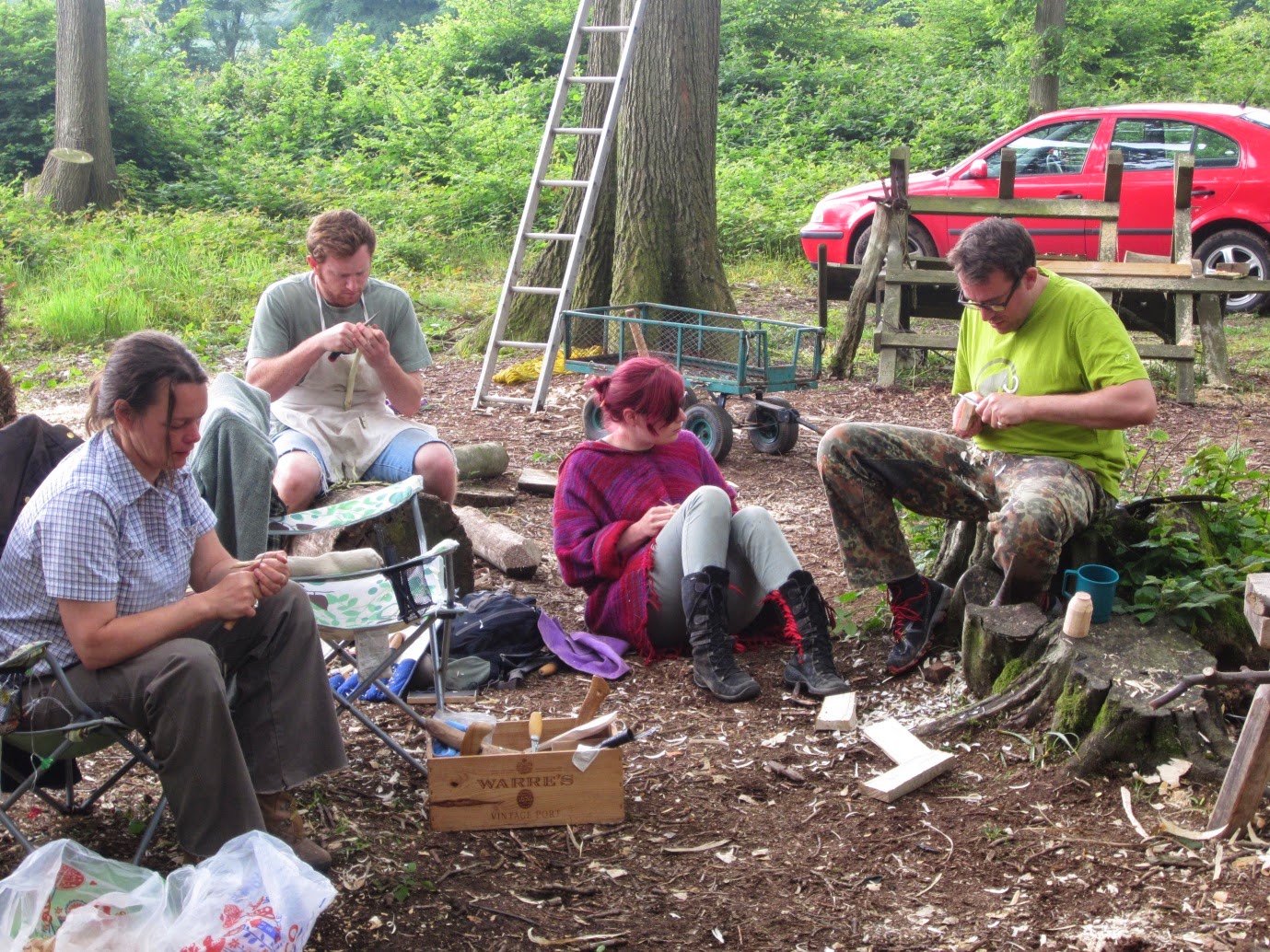 It was good to see so many youngster members  concentrating  on their spoons and enjoying the woods. 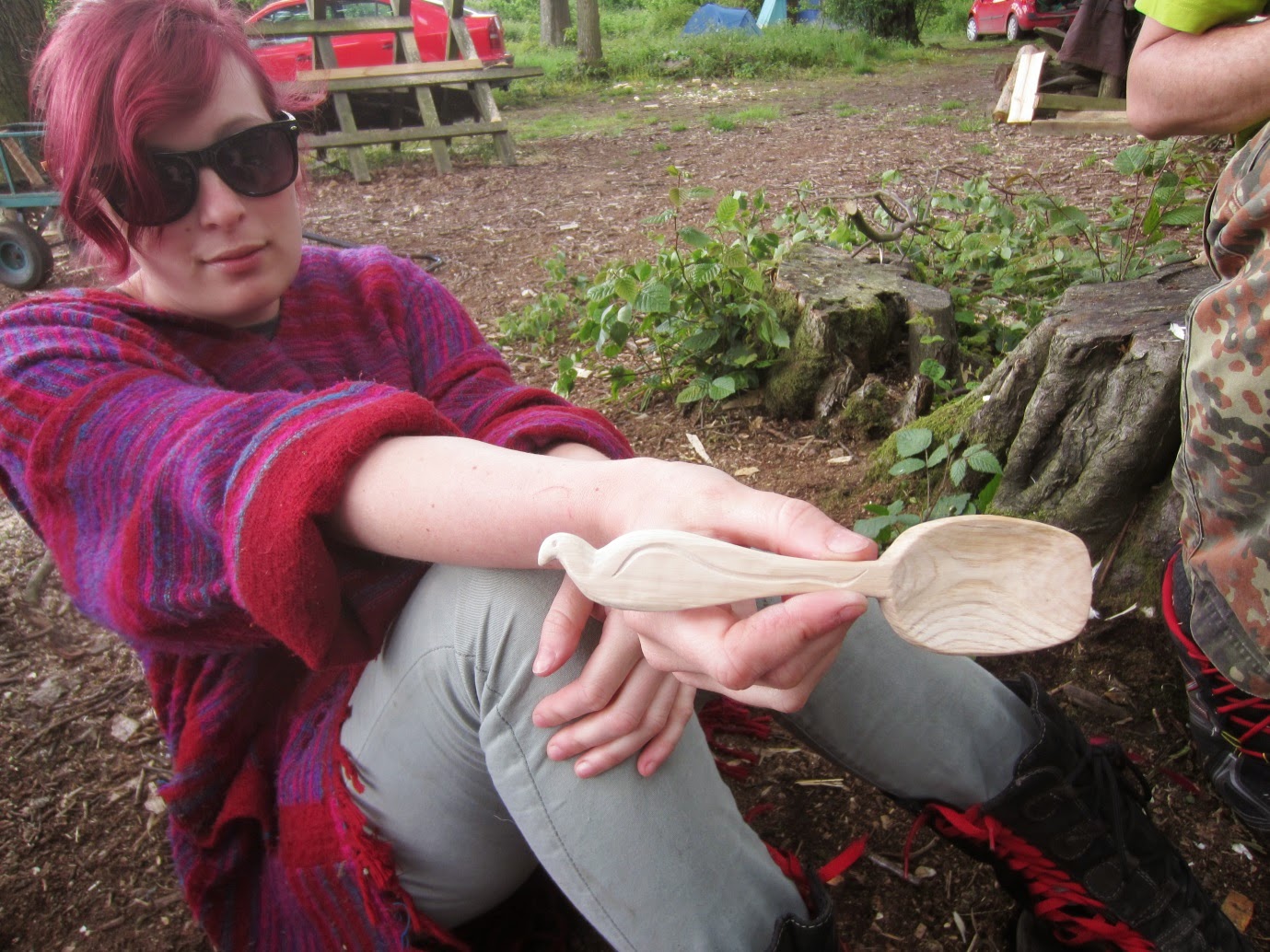 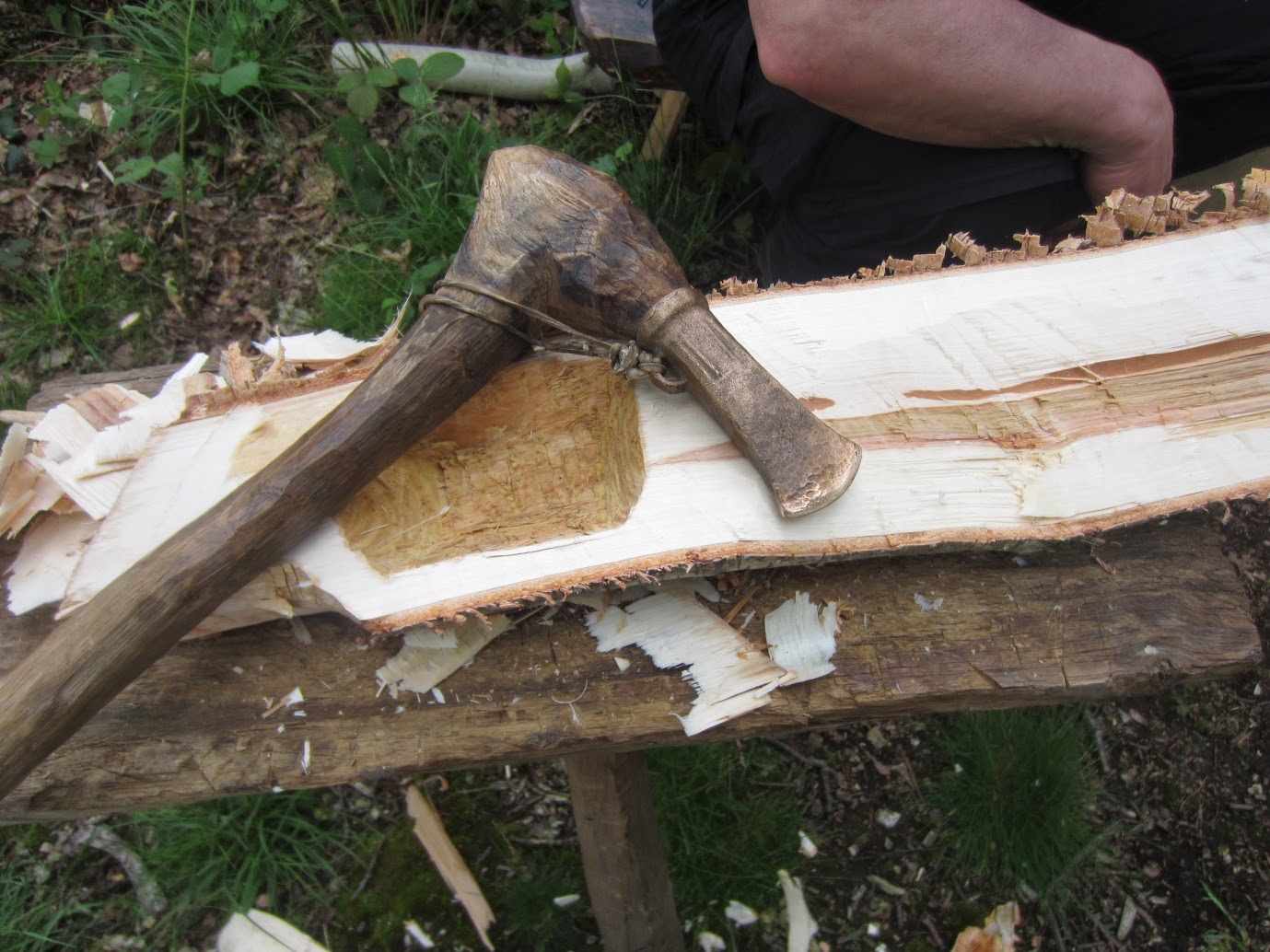 Damian Goodburn and partner joined us on Sunday.

He had brought along a carved dish made with bronze age tools. I was expecting nothing quite as sharp. Apparently the cutting edges were hammered to work harden them. This was a replica made by the same method but not exactly the same alloy. Note the loop cast into the tip and the binding around the handle.