On the journey to the Wilderness Gathering. 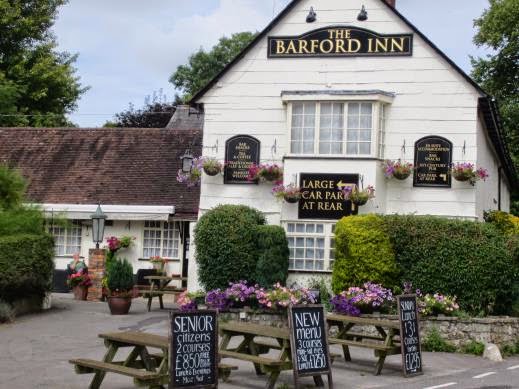 I stopped off at Barford for lunch at this partly 16th century Inn. 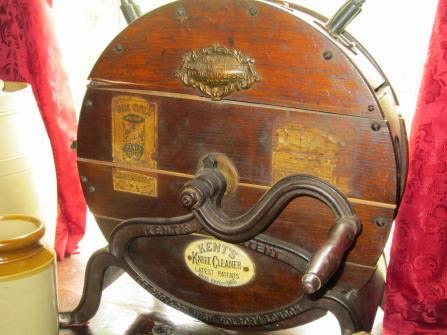 This unusual knife cleaner was in the bar. 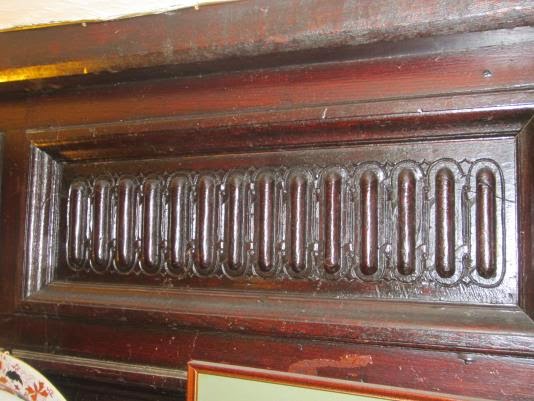 I also found some unusual panelling, apparently taken from a school around 1820. 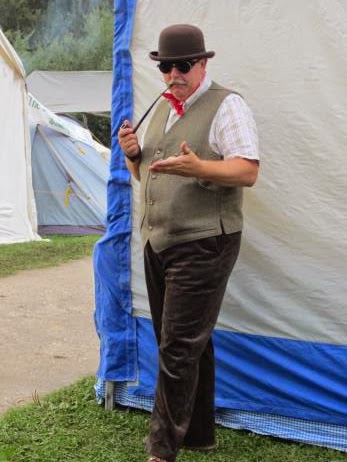 I was invited to attend by Bardster who was demonstrating leatherwork and manning the Bushcraft shop at the Ball.

The organiser Roger organised a very successful event. He does not milk the traders and the demonstrators attend FOC.

I only understood the true relevance of the farm name after I consumed my first Bison burger! 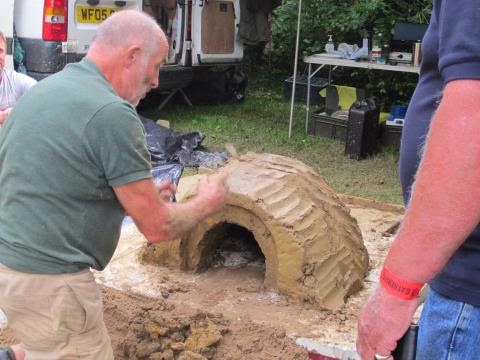 This oven was made of very course clay and was up and running baking bread the next day.

The base was made from a square of low density blocks held with a strap. 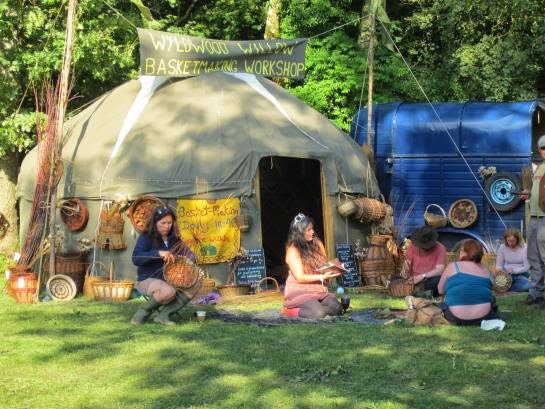 There were many traders running activities to draw custom.

Lots of courses were advertised and sold as well as raw materials. 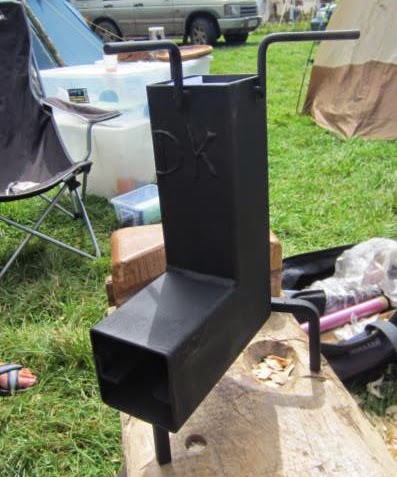 Another design for a rocket stove, a little over-engineered from thick wall 75mm square tube about 8” long and 10” high with a middle shelf and robust feet and trivet.

Not being insulated gave it some extra features –  plate warming below and a flat hob above. 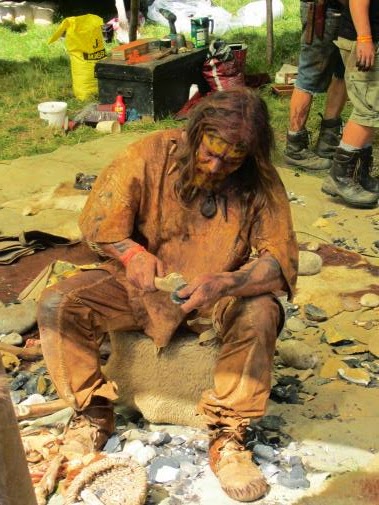 This demonstrator was really into his stone-age napping and drew big crowds. 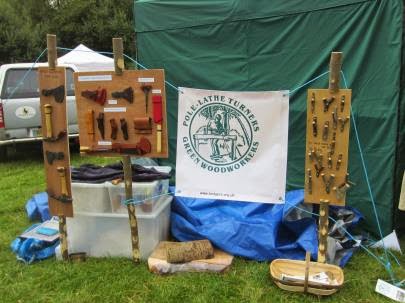 I am still working on the development of successful displays to promote sales and our organisation. 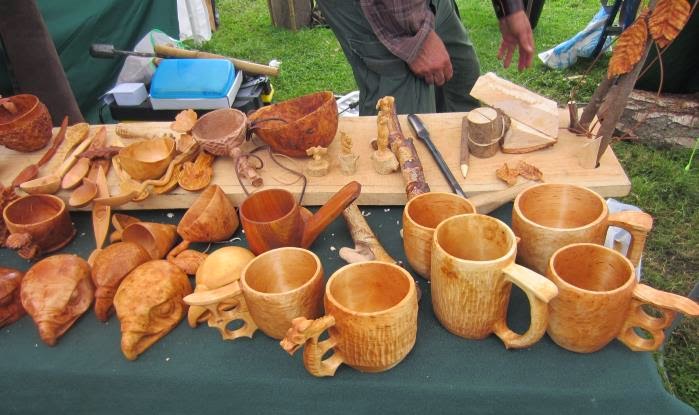 John Arthur had a great display of carved goods and also sold tools. I hope he can make the next Ball. 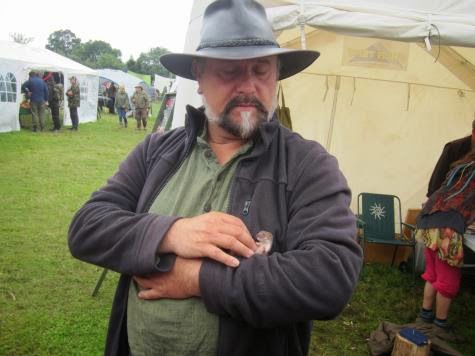 One of the magazine crew talking about his very special relationship with animals.

He was playing with a very small weasel. He gave some very interesting talks during the weekend.

This was a very enjoyable weekend and plenty to see and do. The normal cost for traders this year was £140 per pitch but included four weekend tickets normally £75 each. It would be great to have more bodgers there next year.