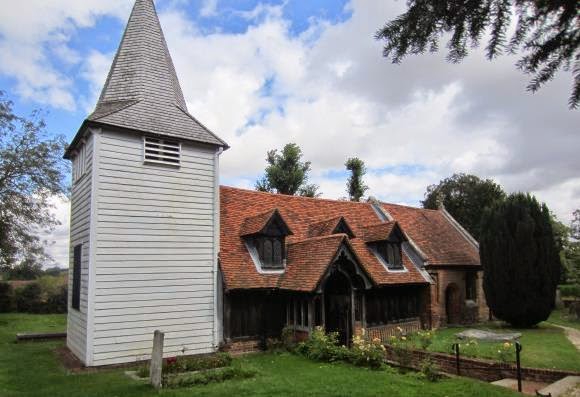 I have copied this from their website – ‘The church represents some 1300 years of English history and Christian worship.
The 51 timber planks you see here today date from about 1060, although excavations undertaken in the chancel in 1960 revealed the existence of two earlier timber structures dating from the 6th, and 7th centuries, around the time that St. Cedd began his work of converting the Saxons to Christianity. The church bears witness to the work of Saxon, Norman, Tudor and Victorian builders who variously extended, repaired and restored the building over the ages. In 1848/9 the church underwent severe restoration works, and in 1990 works were undertaken to stabilise the church as it stands today, whilst in 2005 the spire was completely re-shingled in Oak.
The body of Saint Edmund, King of East Anglia, and England’s first patron saint martyred in 869AD (the Normans replaced him later with St. George) rested in the church in 1013 on its way to Bury St. Edmunds in Suffolk.
In 1837 as a result of a public outcry against their harsh sentence of transportation to Australia, the famous Dorset farmers known as the ‘Tolpuddle Martyrs’ were returned to England where they were given tenancies in Greensted and High Laver’. 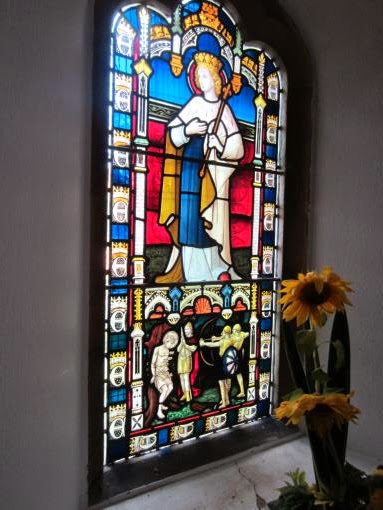 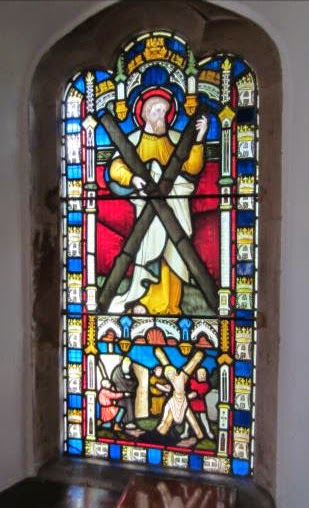 Some of the glasswork, the painted detail is stunning! 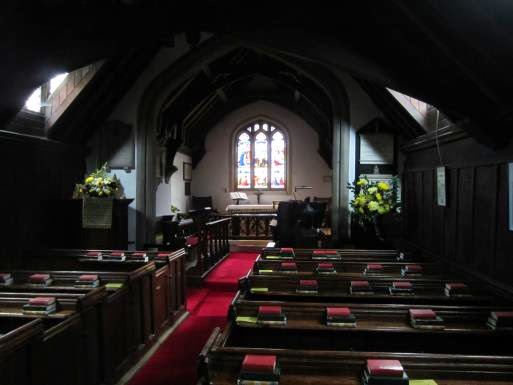 No  image of this building can recreate the atmosphere. You must experience this for yourself.

It appears to be open all the time and there are locally produced goods for sale with an honesty box. I can recommend the chutney. 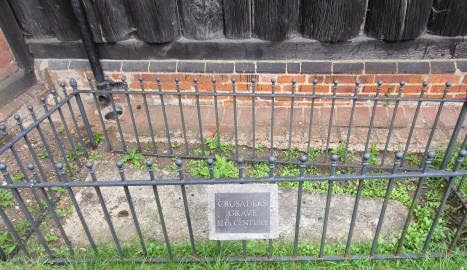 They also have a 12th century Crusaders grave.

Later on driving through Stock – some pretty and unusual signs. 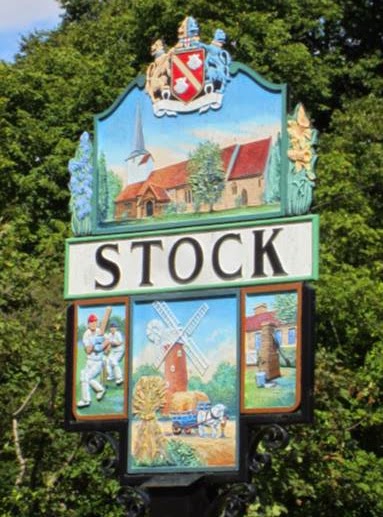 Not sure what goes on down this footpath!

This was not my first visit to this lovely setup in Essex. Nick and Katie Abbott have owned the wood for some time.

Lots of Chestnut as well as Pines and the standards and a few unusual specimens. 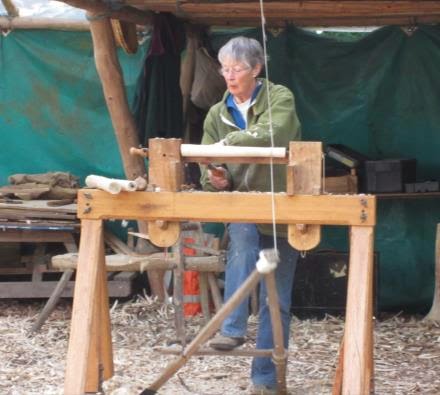 Katie has certainly not lost her skill on the pole lathe. 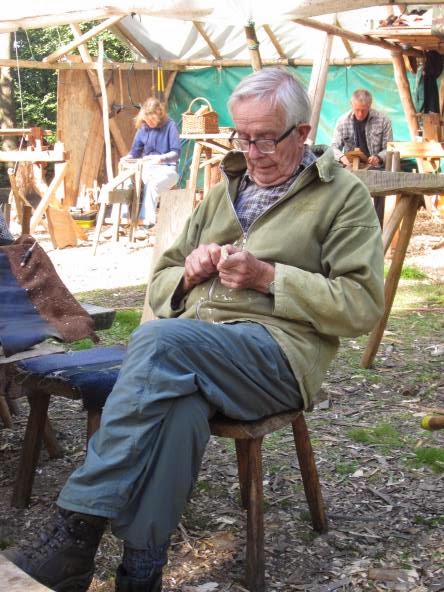 Eric was busy with a spoon I think.

He went for an extended walk around the wood and brought back some Wild Service tree berries which I think he said he was going to dry out and plant them in 12 month time. Plan being, to then grow them on and bring them back for planting. 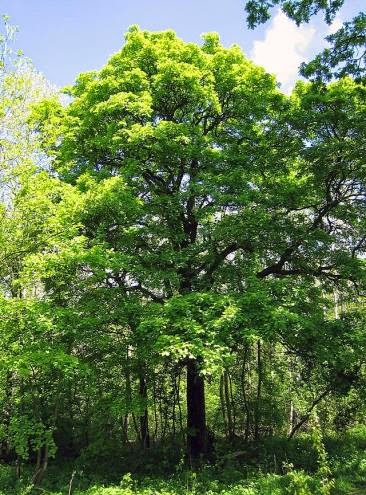 Wild service trees (Sorbus torminalis) is a deciduous broadleaf tree native to the UK and parts of Europe, Africa and Asia. It is quite rare in Britain and is mostly found in pockets of ancient woodland and occasionally hedgerows. 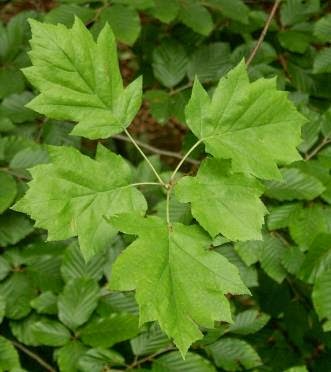 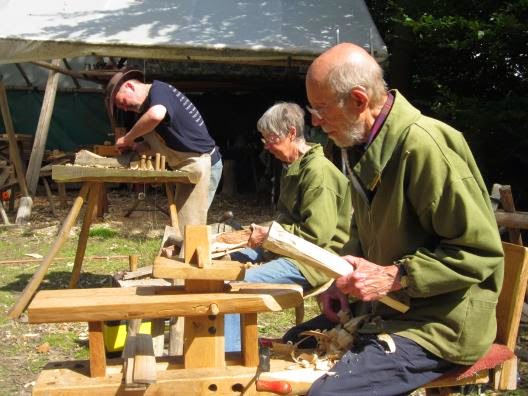 Nick had been making slats for a bed rest. 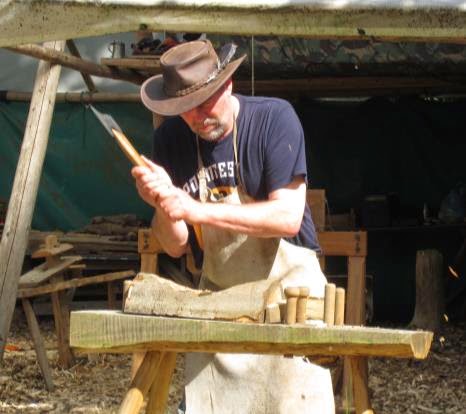 I was adzing out a bowl but here Will Wall was using a faster method. I preferred his design and will use the axing method on my next dish.

I love watching how others approach the same project but using different tools and holding devices. The high level lightweight bowl horse could certainly make for a good demo – more visual than my shave-horse / chopping bench.

Needless to say that Will’s bowl was thinner and a better shape and probably more saleable than mine! 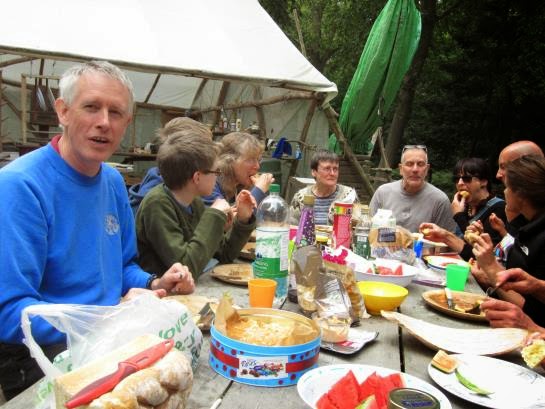 Great to see Hugh and family.

During the weekend his sons rebuilt the large oven, virtually unaided and cakes were baked by Helen Lamb on Sunday.
My thanks to Nick and Katie for the invitation.