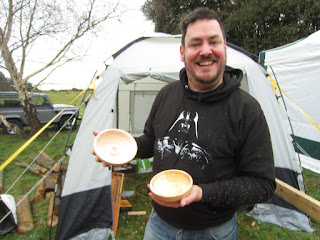 So this was the second year with the Wimpole Lathers and without Simon Damant! Could the group survive on its own?

Jim McVittie had a rest from his marathon bowl turning, supposed to be one a week but he has been enjoying it far too much (105.5 I think to date).


This gave John a window to start his bowl turning from scratch. Well the face says it all! 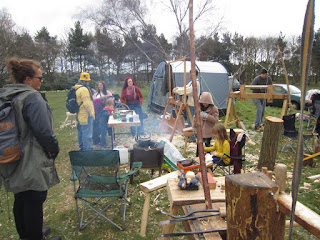 Pole lathes never cease to attract people and the Wimpole Lathers are used to entertaining the crowds. 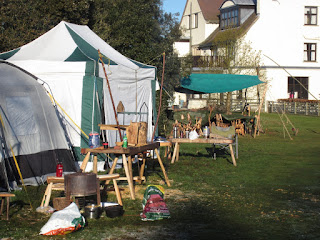 An early morning shot across our frontage towards the house (with lovely warm toilets).


We were also given access to their staff resources in the main building and made use of their very well equipped kitchen – toaster and microwave! 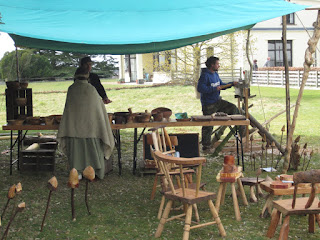 Ollie Brunton a local bodger with some very interesting goods.

The weather followed a similar pattern for this time of year – very poor on Saturday which of course somewhat depleted the numbers. Sunday started very well and clouded up in the afternoon, however no rain and more public.

Amongst many others, I met a very interesting 82 year old local canoeist. 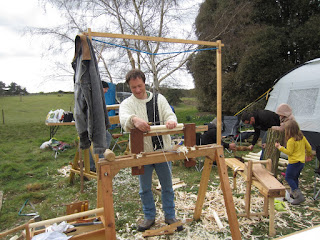 Tony Hague was his usual understated spectacular self on the lathe. 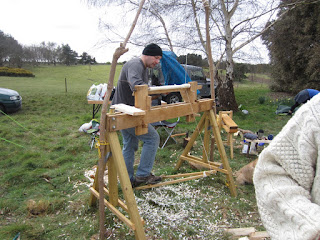 One of our  American members was in his element and enjoying every minute.

On the way to the event there were many large signs advertising the Framingham Fair (on the same weekend), however none for Craftega, would make you think we had the wrong weekend.


The organisation and set-up was great, we were made very welcome by the people on the ground.
I think they may wish to think about more local advertising if they want to attract more public, maybe they don't.