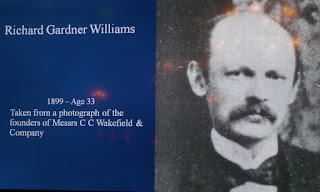 The banquet was preceded by Common Hall which is an opportunity to question the committee and the court about the workings and activities of the company.

In this digital age we have an image of Richard’s Probate Registration – leaving some £43,400 to the Public Trustee and ultimately to the Turners Company. However one’s legacy is about much more than the money one leaves, it’s also about the values and memories one leaves and passes on; it’s about what’s left of you when all your money has been spent. 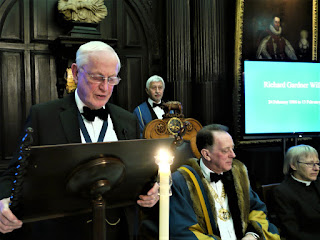 Past Master Col John Bridgeman CBE gave an updated history and tribute to our benefactor who funded this free event for liverymen and freeman of the company. 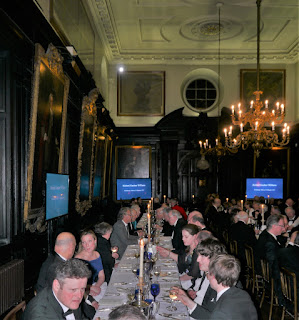 Apothecaries’ hall is a spectacular setting for a dinner.

The hall was rebuilt in 1670 after the great fire 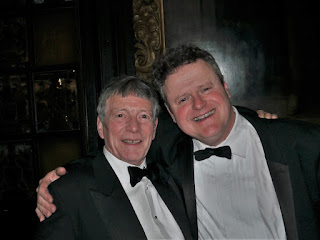 Thanks to Stuart King who supplied the images – pictured here with Les Thorne.

The weather was  severe and I was surprised how few of the invited guests were unable to attend.
I met an old acquaintance – Malcolm Bennett from Bancroft rugby club I had not seen for at 30  years!

Many thanks to the WCT who support the APTGW, AWGB and the SOT.