The  bi-annual craft competition held by the Worshipful Company of Turners. 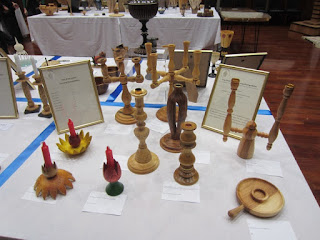 The pole lathe turners competition was to turn a candlestick on a pole lathe, no sanding but decoration, coloring etc encouraged. 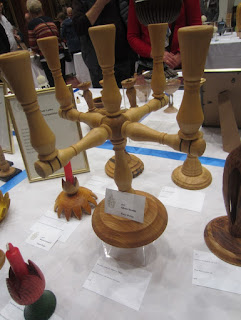 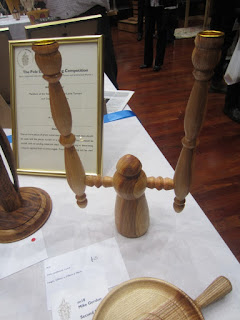 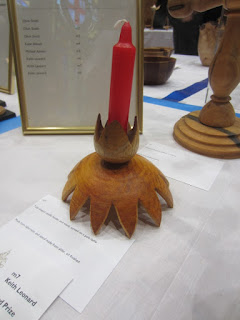 Well done to the winners, could have done with a few more entries however. 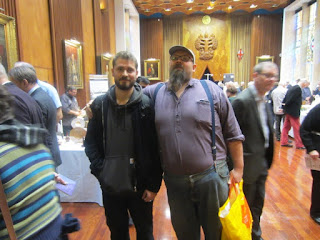 This was a great opportunity for me to catch up with people I had not seen for a little while.

Barn the Spoon + apprentice. Hopefully we shall see them again at the Wimpole Ball. 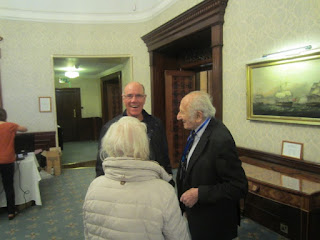 John and June White from Fairlop woodturners talking to Gabor who was signing his book as well as saying goodbye (as they were sold for the St Paul’s appeal) to the St Pauls bells he had turned and decorated with Patricia Spero. 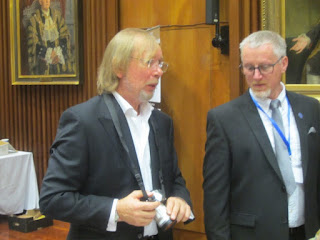 Roy Weare from East Herts Woodturners who now lives in France where he has started a turning group - bringing them over for this event. 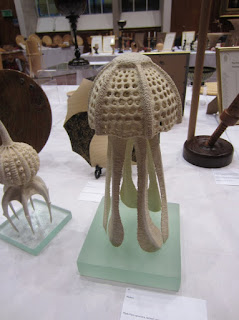 Roy spent many years at a workshop with a group of friends on Sundays, they were too far away and I used to visit them. They shared techniques and bounced all sorts of ideas around, colouring, texturing the whole thing.

They made a lot of hollow forms, one of the friends an engineer Phill Steele made tools to share as well as filling the workshop with Graduate lathes  modified by Gabor Lacko of course, a close friend. 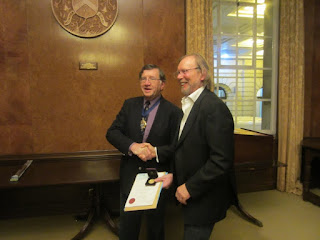 Of course he is no stranger to a bit of prize winning as well. 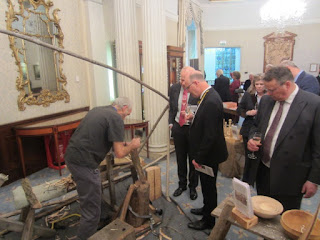 We were very lucky to have three demonstrators at this event. Mike Gordon was showing log to candlestick on his shave horse and lathe. 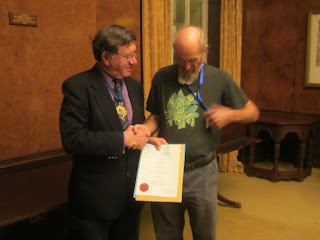 He also collected a second prize for a candlestick. 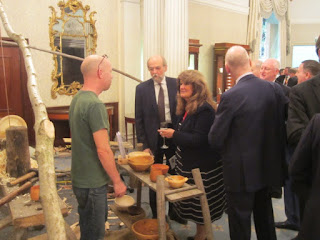 James Pumphrey demonstrating bowl turning – his historical knowledge is amazing and he is such a great communicator.

For my sins I have no picture of Amy Leake who was on the ground floor doing a great job. I look forward to seeing her again and her son Adam here hopefully 14-17th October 2020 at Wizardry in Wood. 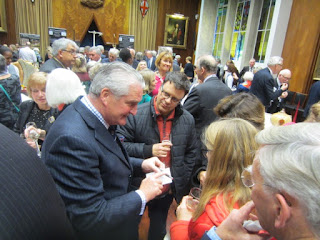 Brigadier Bill O’Learly (member of the Howe committee). He is a busy man and probably flew a great distance to get to this event. 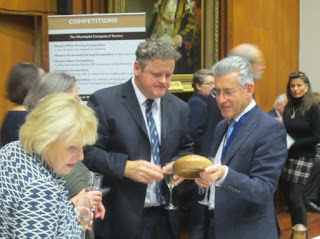 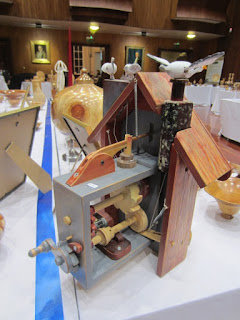 Stuart King had a few thing on the tables! Some great automata.

He was busy as the official photographer for the event.

Another great event showcasing woodturning in all its forms. We were very lucky to have the opportunity and space for three demonstrators to promote our organisation.