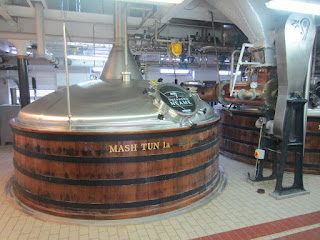 One of their new stainless steel mash tuns cleverly disguised as barrels! – well not really they like to hang on to examples of earlier technology. 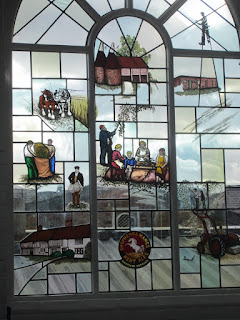 Refurbishing the mash tuns left  a huge hole in their building which led to a couple of new windows being commissioned. 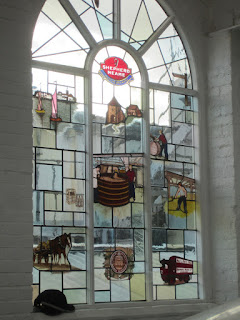 Happily giving an opportunity to show the history of the brewing process in the stained glass. 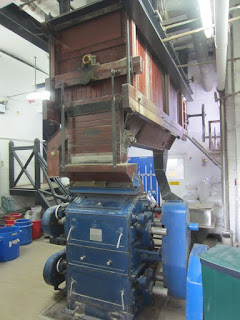 This grain crusher was bought second hand many years ago and is still going strong. 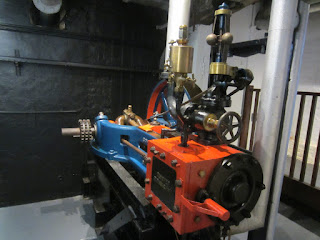 Shepard Neame were the first brewery in the country to use a steam engine – this is one of two they still keep going.

They used to be known as the steam brewery. 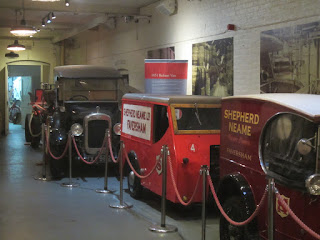 They  have a historical collection of delivery vehicles. 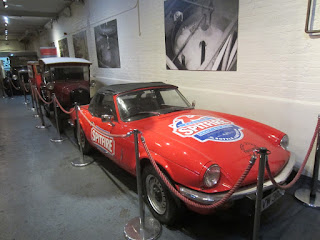 They have some connections with spitfires. Hence the name for one of their beers, they also donate a percentage of their sales to the  Royal Air force benevolent fund.

I can recommend the brewery tour and the tasting afterwards. This appeared to be a great family business doing much to support their workers and past workers as well as the local community.