Once again I found myself invited by Mark Allery to this the last big public event of the season. The reconstructed buildings that have been moved from all over Sussex, are a real treat if you have never been before. It was such a busy weekend I did not get the opportunity to look again. They are structurally complete along with furniture, some original and much was made on site by their carpenter.

The best treat there is to get a pasty and beans for lunch from the on-site café and then sit at one of the beautiful oak tables in a timber-framed building.  Americans would pay big money for that!

The museum is supported by an army of volunteers and I can understand why. It is a really special place and if lived locally I would feel that it was my public duty to help build and maintain this fabulous slice of English heritage. 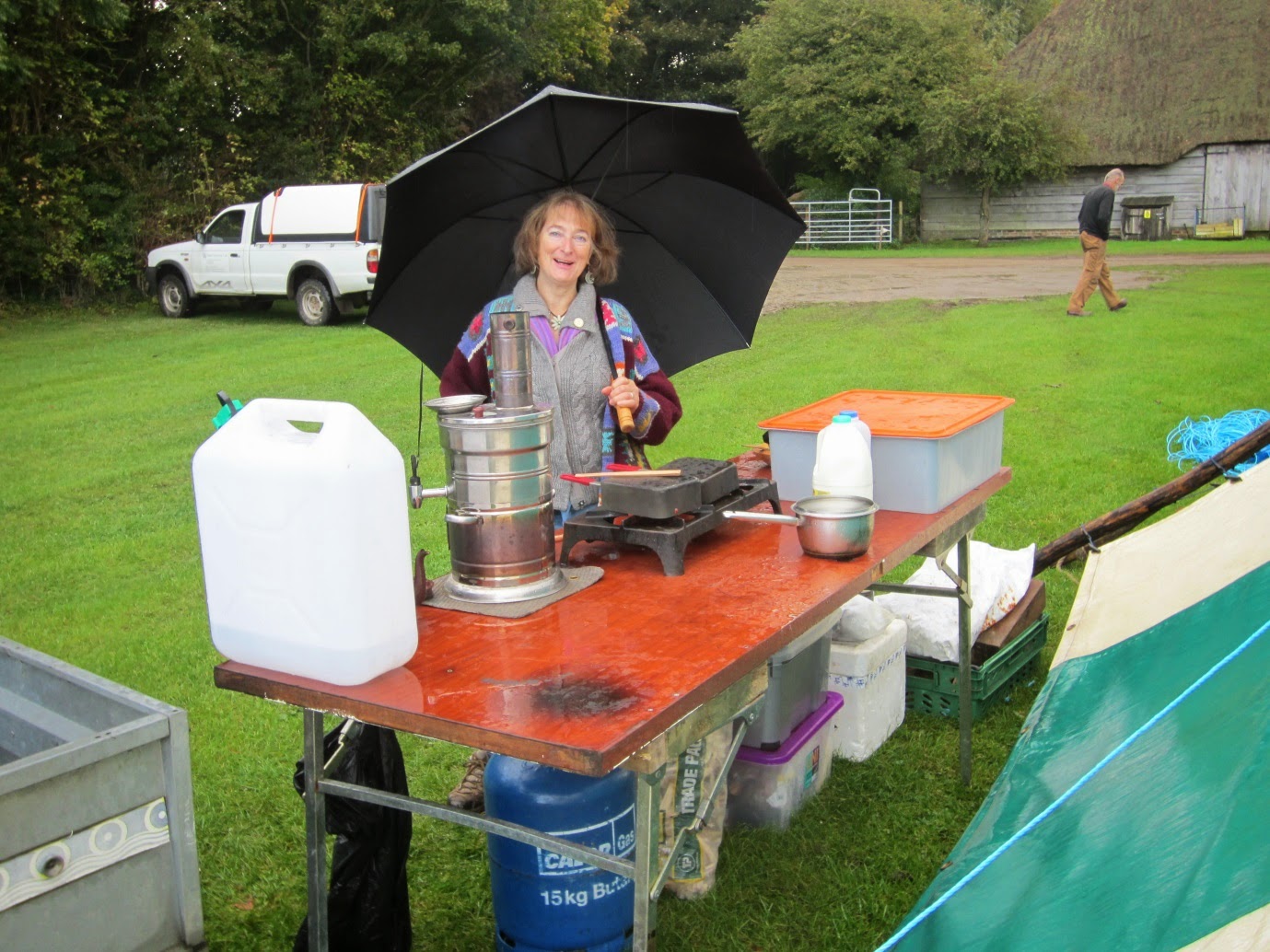 OK, so back to bodging - this is Nancy on tea patrol in the drizzle. You can see it is the first day – the kitchen area is clean!

And there are no big engine tracks in the grass. 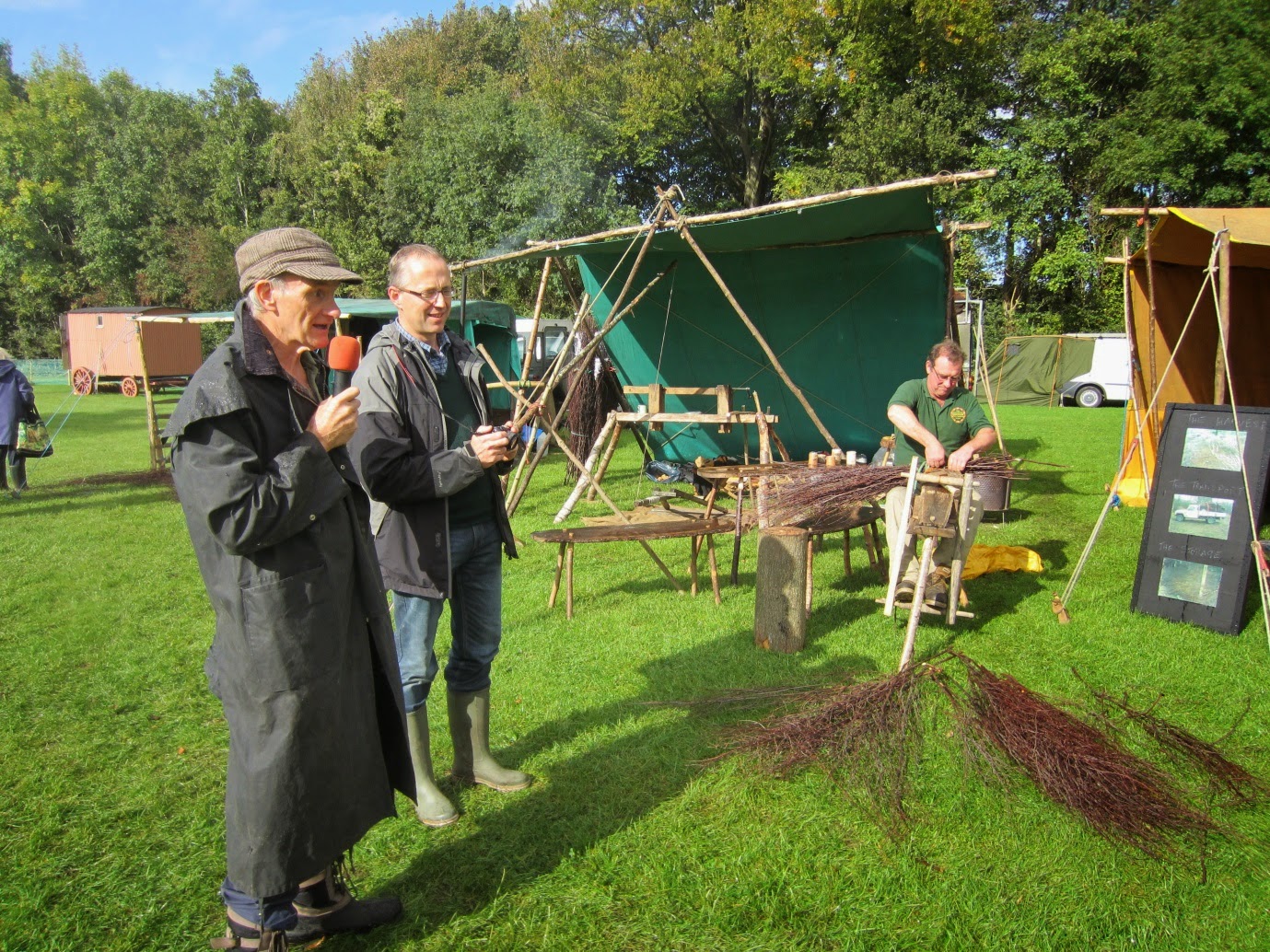 Late on Saturday afternoon, the besom broom making competition was held. In past years Peter Jameson has been a commentator and a contestant at this event (not both). This year he was in charge of the hurdle making on Sunday. 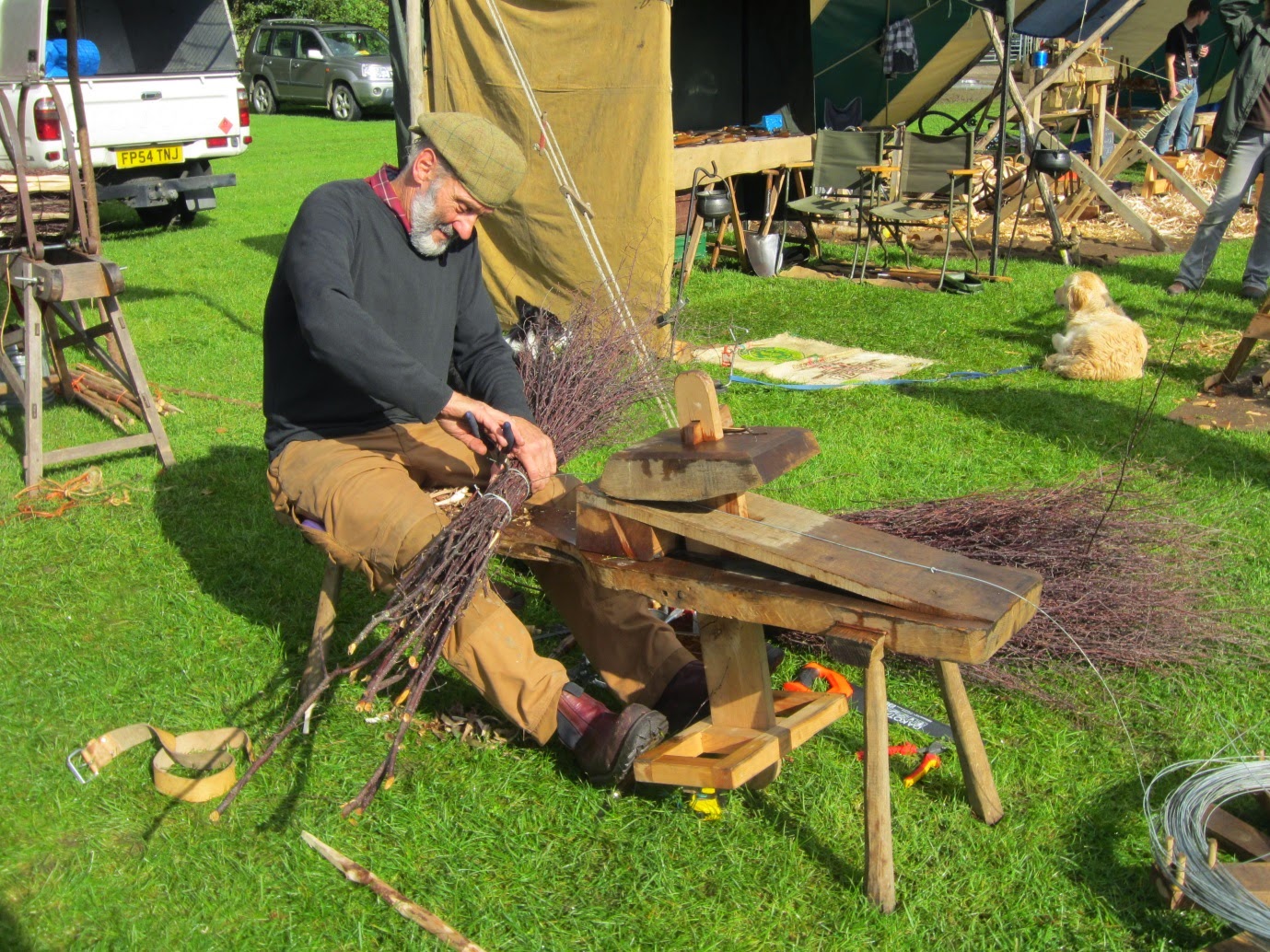 Well I was adzing away thinking to myself – that bloke with the microphone sound  more and more like Mike Gordon – well of course it was, it was just then that I noticed young Harry shooting some footage for a YouTube video.

I did not manage to get a picture of all the competitors but here are some. 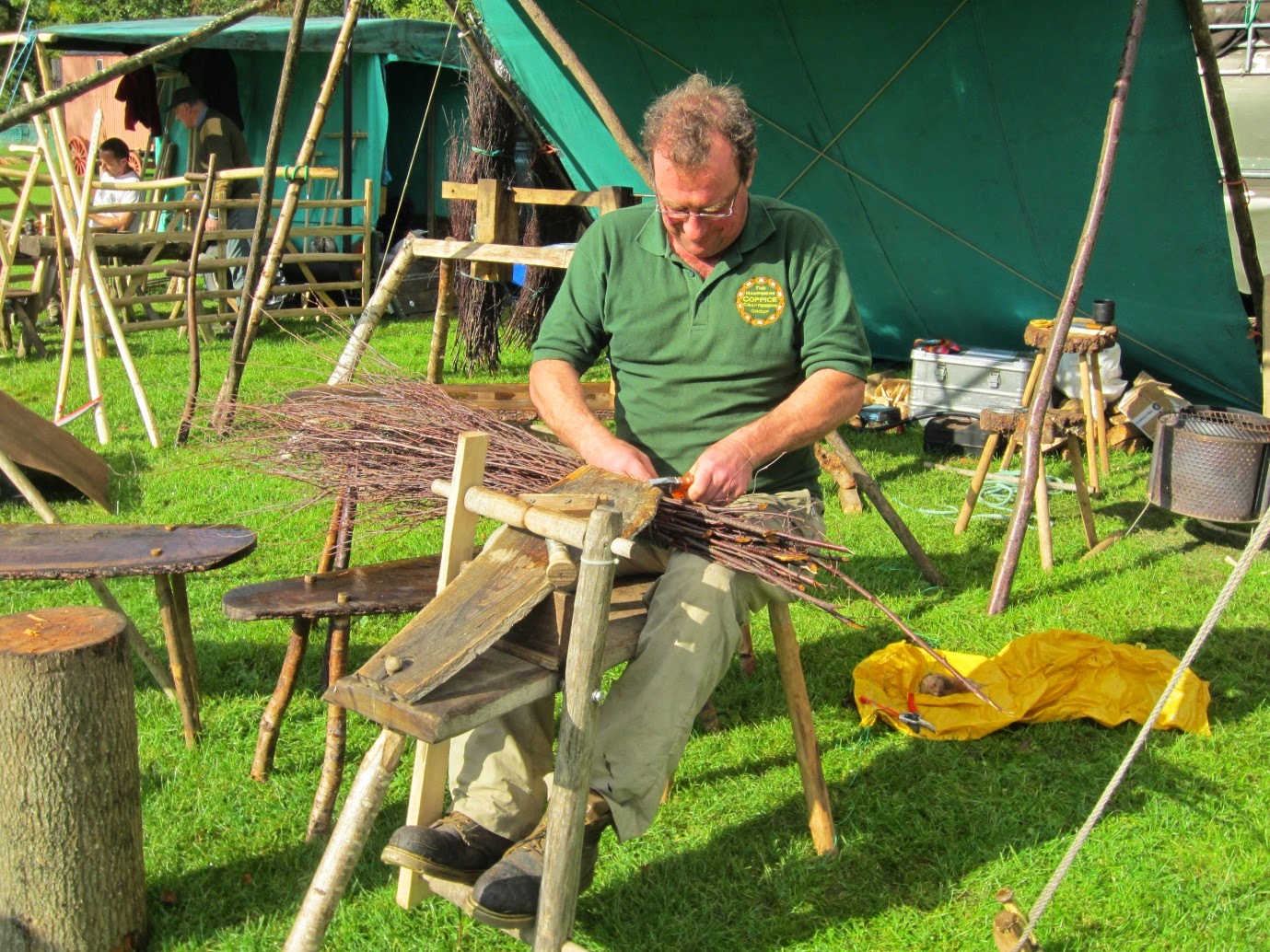 When I tried to take these images I asked the young lady timekeeper to move of my shot – It was Sue Reeve, so bodgers rule OK? 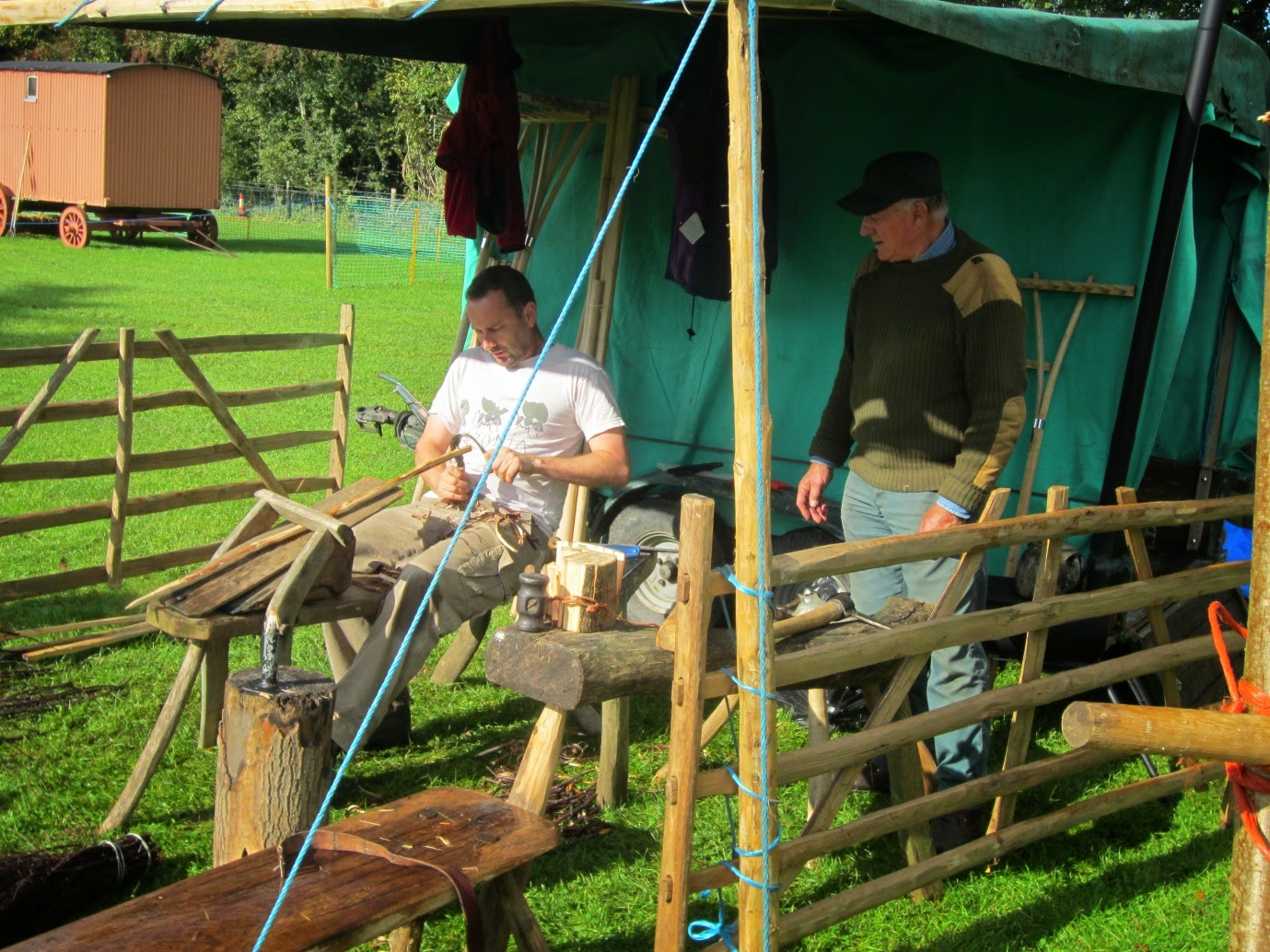 Phil Piddell came a respectable third (well done him – he had never made one before) and won some cash (hope he gave his coach Graham half). I am happy to report that he did not keep it for long and wisely invested some of it with Warwicker’s Enterprises Inc. 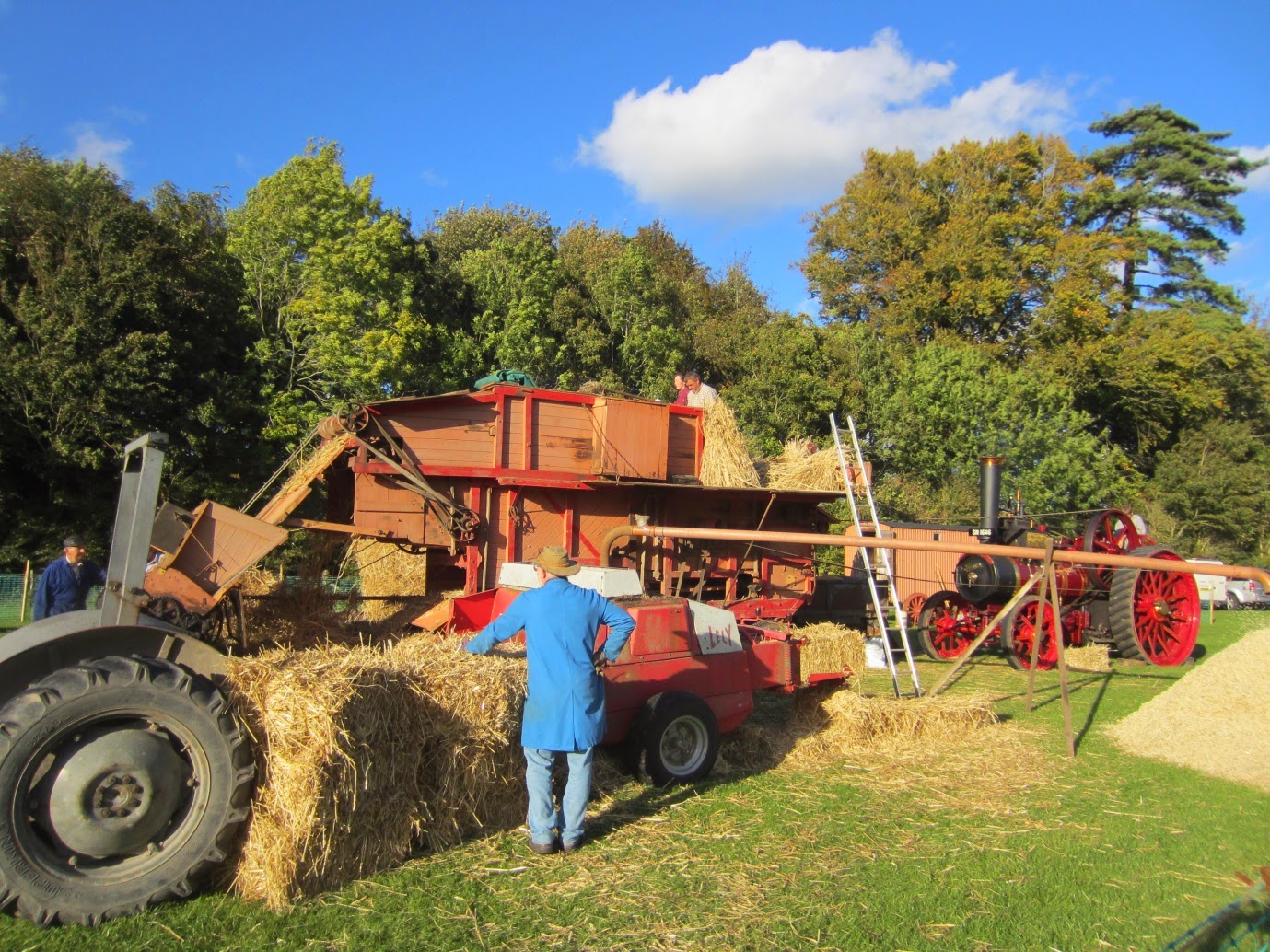 The threshing machine driven by a traction engine never fails to impress, I think it was Richard Bingham who told me the quieter the engines are the better condition and the much more valuable they are. 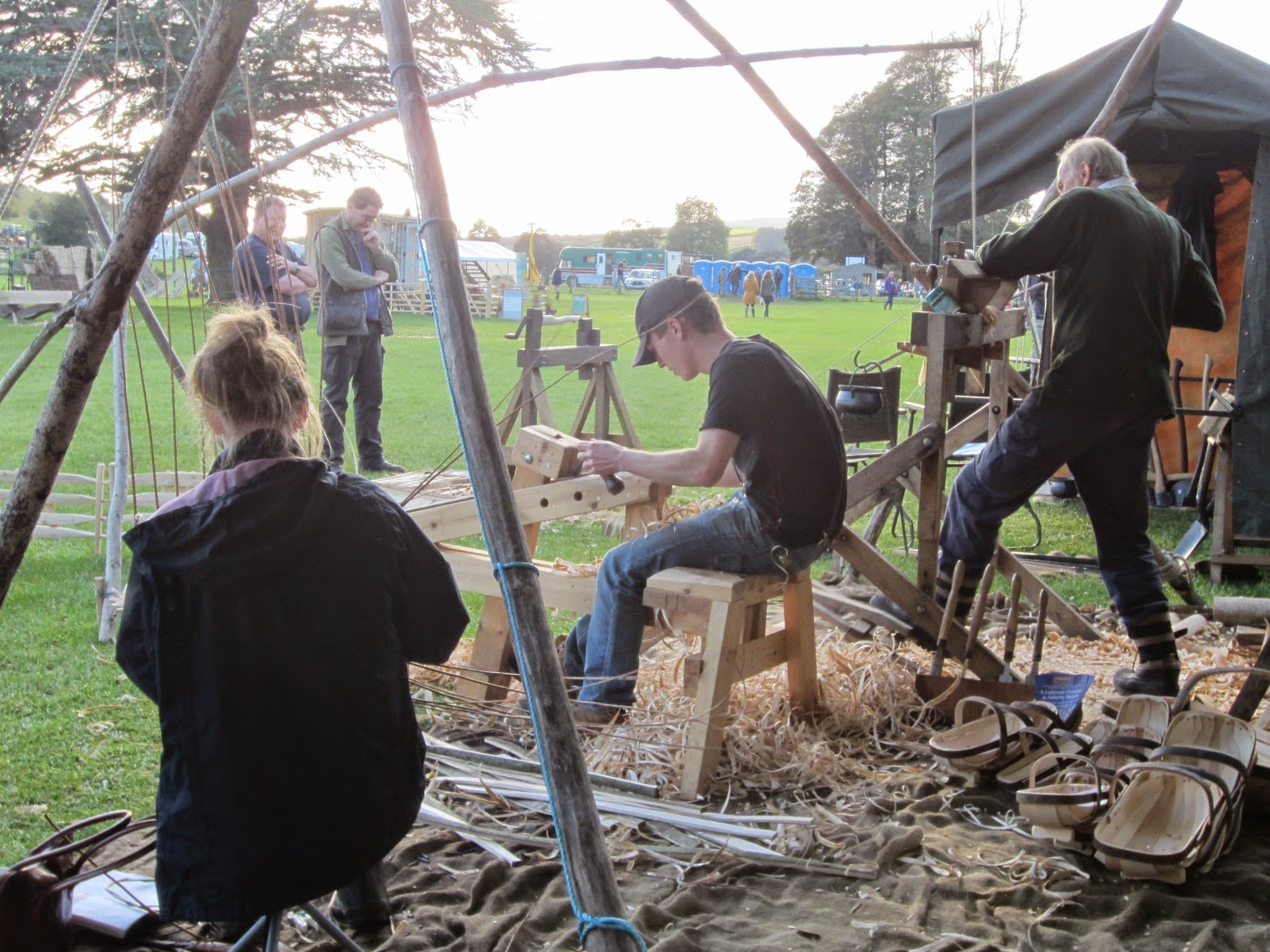 We were well represented over the weekend with the following bodgers -

Angus on spoons as well as Clau, Sarah Ripley on baskets, Fionn, Nick, Harriott and Mike on pole lathes. Mike Church on trugs.

We also acquired a new member Kev who was carving and turning - thanks. 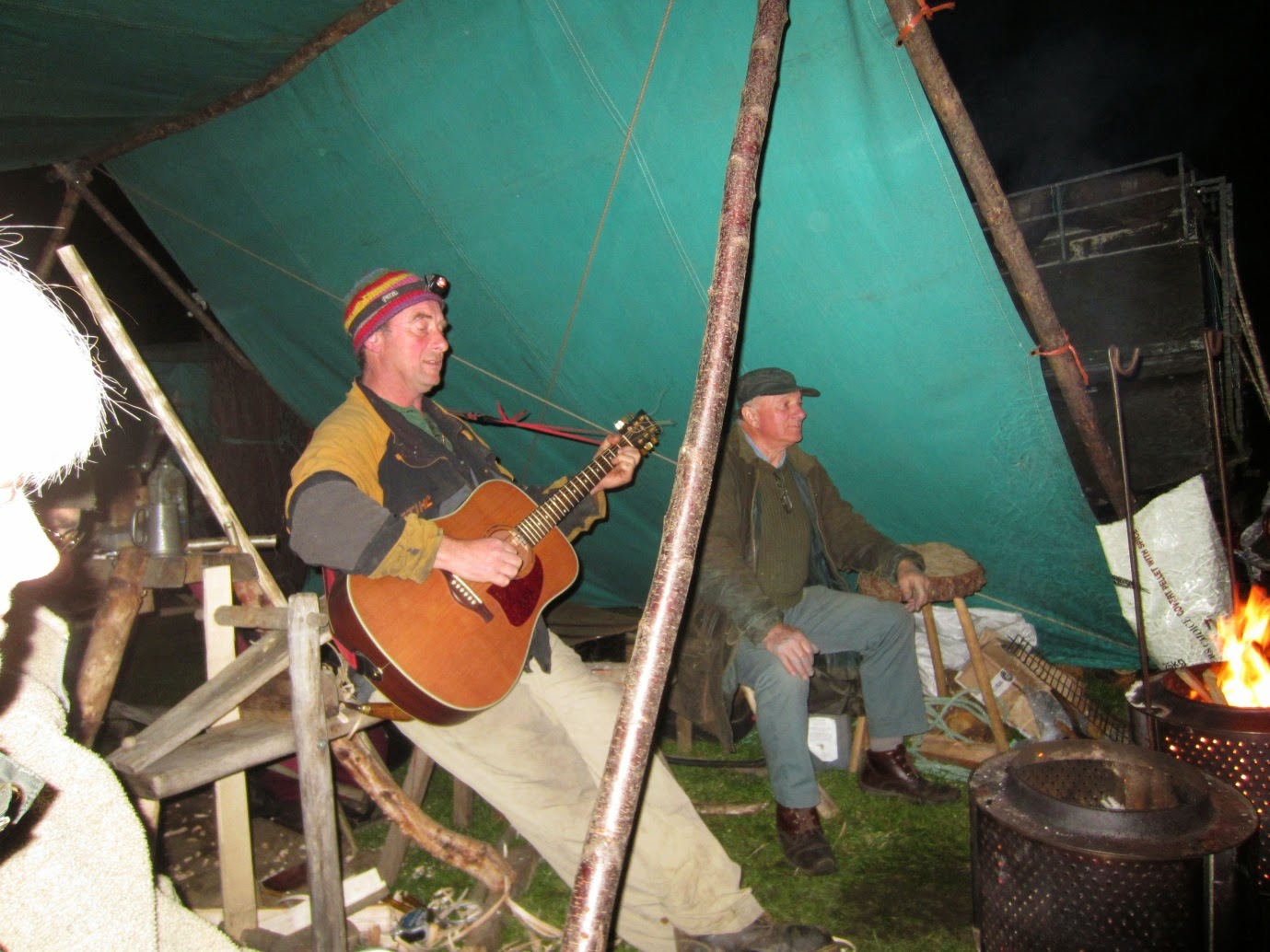 The Sussex group really have increased their membership this season. I am not surprised however, since they give up plenty of their time for have a go requests.

As is usual, Mark organised everything, helped with competition judging, made a grand besan broom and entertained as well - I am sure that was just the tip of the iceberg!

Thank you for all your hard work Mark.