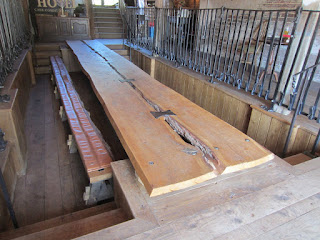 I stopped on the way at The Bell Ticehurst. The outside of the building was almost devoid of interesting features; they were to be found inside.

What appear to be metal dovetails are in fact slices through an African statue base that is in the bar, one of pair the missing one given to the table maker. 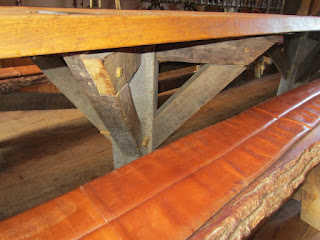 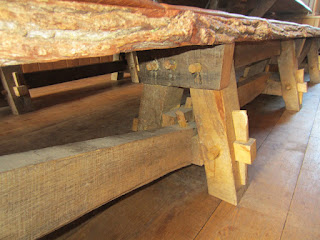 The long bench construction (from the same tree) was also of interest. 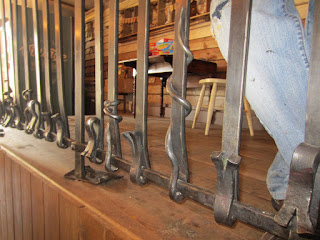 The surrounding handrail made locally was also unusual.

I bumped into a local artist who had decorated some areas of the inside. 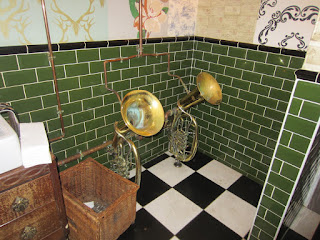 The Gents toilets were in keeping with the rest of the furnishings! 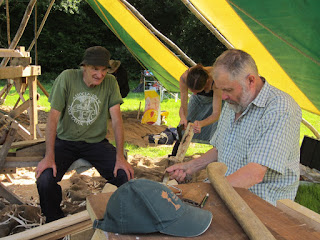 Mike, Richard and Nessie enjoying the shade for what turned out to be a glorious day, most unlike the last time we visited three years ago; we had to be towed up the landing strip by tractor. 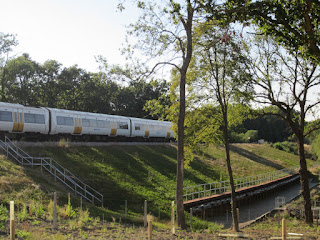 On the edge of Richard’s property was the newly restored railway embankment £5m later. 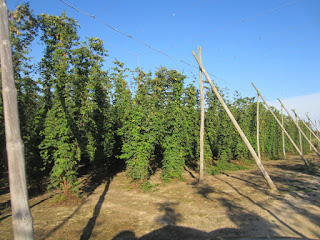 Richard took us all on a tour of the hops – they grow many varieties for local (Harvey’s, Hop Back brewery) breweries as well as some from America. 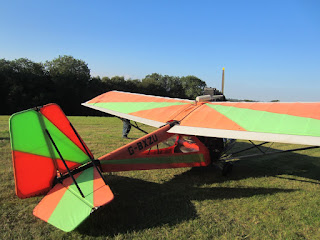 Richard invited me on a microlight flight. He has been flying for a long time and once flew across Australia with Dorothy. 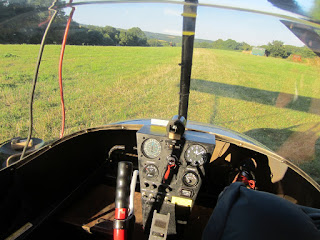 This is the closest I got; we suffered battery failure and never got off the ground.

They were visited by Quaker Oats recently for a film shoot for their next adversing campaign.

Many thanks to Richard and Dorothy for their hospitality.