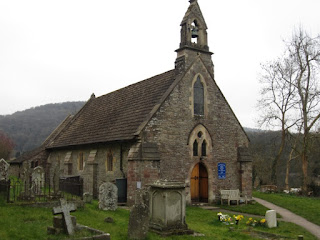 Although unremarkable in architecture there is normally something really pretty to be found – in this case the stained glass, presumably donated by the family mention at the bottom.

Although the internal lighting was probably masking a spectacular roof construction which I totally missed! St Michael’s stands by the River Wye at the site of an important Roman river crossing where by the year 765AD there was a Celtic Christian church, some 350 years before the foundation of Tintern Abbey, its famous neighbour. A medieval church replaced it and this was eventually rebuilt in 1846, although much medieval detail remains today. The dedication to St Michael the Archangel, a favourite of soldiers, is particularly appropriate in this land of historic border conflicts. 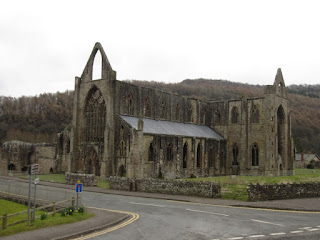 Tintern Abbey – wonderful  I think it just needs a good roofer – it certainly would preserve the life if the stonework.

Hereford – also on the way to Kington 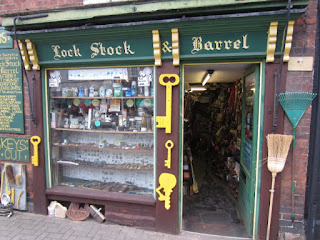 I found this hardware / old tool shop completely by accident. 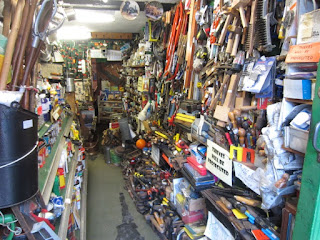 The owner was passionate about proper old English tools. Sadly he was not interested in anyone else’s’ views. The arrival of a customer allowed me to make a quick exit. 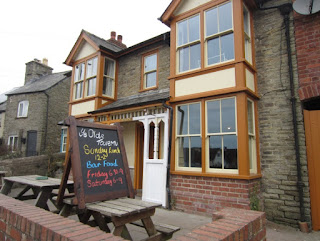 The new owners have been busy with new windows but have not altered the internal features.

Great local beer but no lunchtime food and these country pubs have opening (or should I say closing) hours!
Posted by Unknown at 14:43