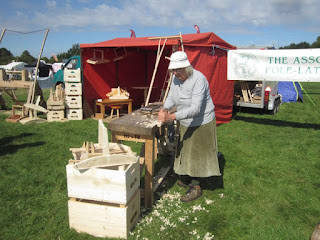 Harriot Sprig making a bakers paddle for a local mill. 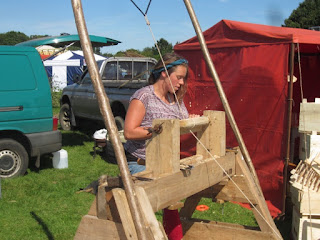 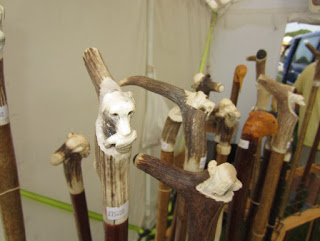 The stick man was next to me – some interesting carving going on. 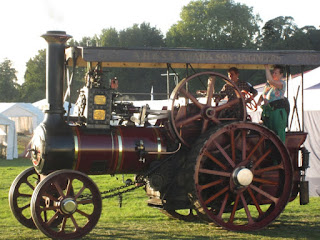 No shortage of traction engines this year but no beer festival at the local The White Swan – may have to reconsider next year. 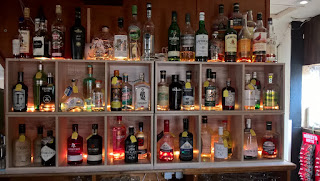 The world has gone mad on gin and the White Swan has an extensive selection. The landlord has a keen interest in the unusual. 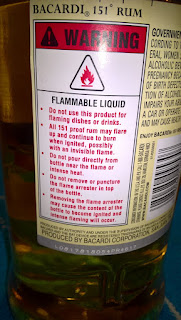 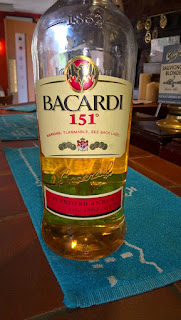 This one has a warning on the label. It also has a flash arrester on the bottle top. Being over 70% he was unable sell it (limit is 43%I am informed) but he can give small samples away. 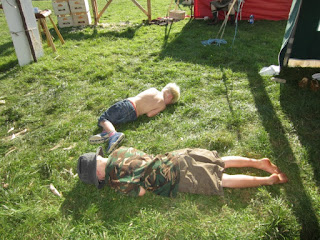 Learning about bodging was just too much for this pair. 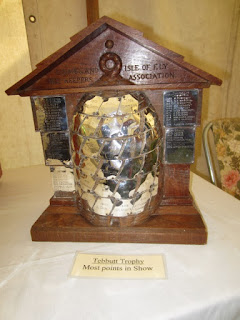 Beekeeper Matt from the Wimpole lathers was the winner of the Tebbutt trophy (top points scorer in competition). 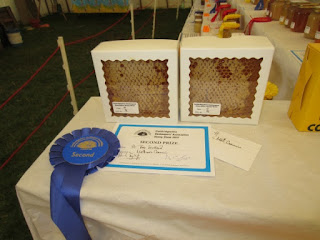 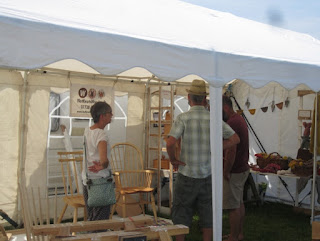 A potential new member – this man only started last October 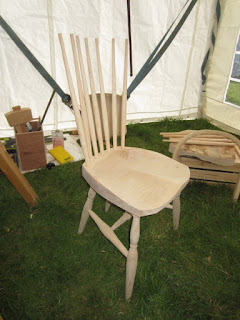 Such an explosion of competent chair makers! 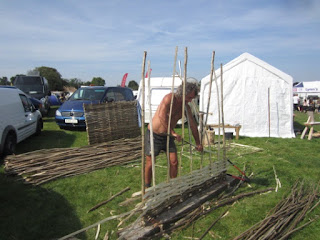 Mick was torturing Hazel into place 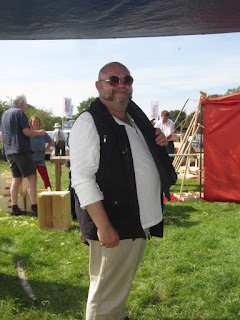 Great to see Magnus again it must have been at a Wimpole event last year. 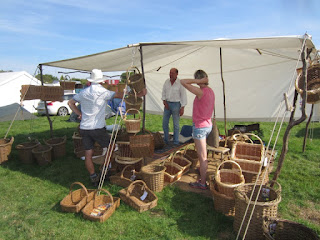 Malcolm Ruffle was basketeering as usual. I did notice him supping home made cider later on. Think I may have to investigate apple crushers. 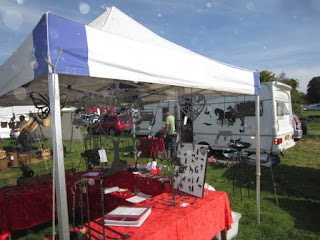 It was very very hot but the blacksmith opposite stood in the sun all day working on his forge! 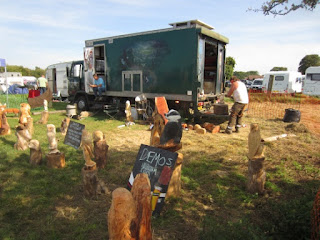 The chainsaw carver was doing his stuff and what stuff. He was (still is really) a taxidermist which probably accounts for his amazing skill. 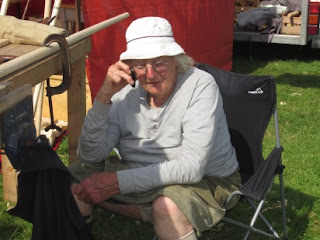 Sad to report that Harriot has sold out to mobile phone use.

Great Bank holiday weekend and thanks to Dave the stick man for the invitation. The number of demonstrators is declining – if you fancy it next year get in touch.
Posted by Unknown at 23:59