A few months ago I had a wasted journey attempting to eat at Cookies, it was day after a storm and they had no seafood. I was in luck so I decided not to miss out. If you look on line they have some very mixed reviews but I would rate it very highly.

I was talking to Mick the hurdle maker at the Fenland Country Show last week about great pubs in Kent and Sussex, he recommended the Gunton Arms. I phoned them the day before about parking my campervan and whoever I spoke to was unimpressed with the idea. I decided to risk it as it was not far from Cookies. It was no problem, massive car park and nice and flat. Where to start? 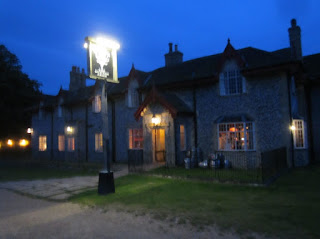 This pub / hotel sits on the edge of the Gunton Hall Estate. 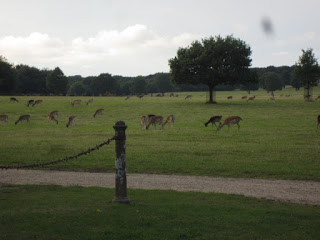 Do not get a view like this very often, from a pub garden. 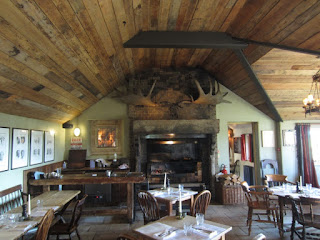 This was the main restaurant eating area, note the fireplace where some of the food is cooked! 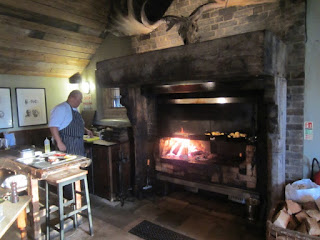 Unfortunately it was not to be for me as they were fully booked. 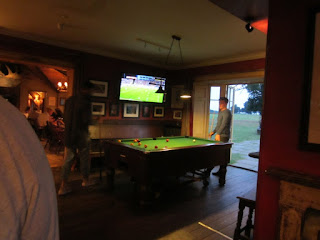 Did not expect to see a pool table. 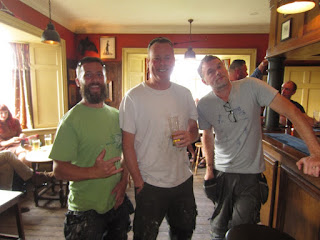 Or to find myself drinking with the local tradesmen.

The toilets were classy with some impressive furniture and artwork. 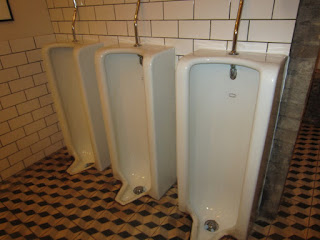 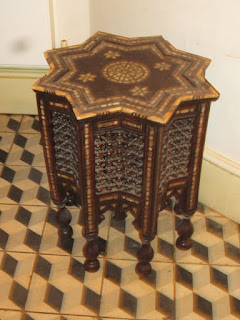 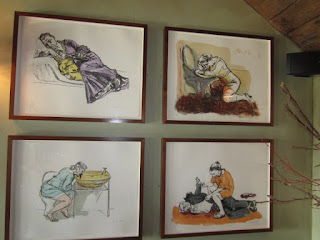 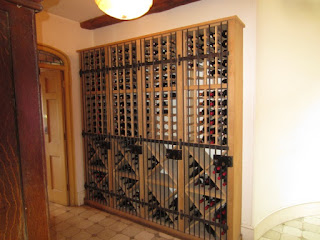 Some interesting furniture as well. 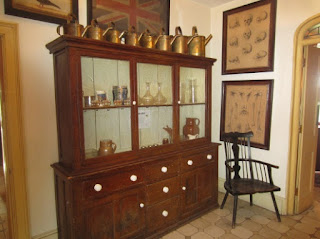 A stop off at Mundesley on the way to Tony’s 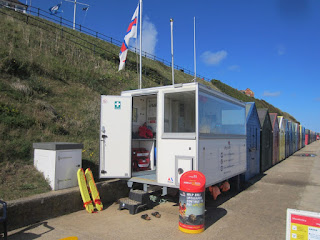 A RNLI station overlooking the beach keeping a very close eye on the swimmers.
When in Albufeira recently I noticed that women bathers who were carrying babies, unbeknown to them had a lifeguard behind them! The authorities were taking no chances.

Norfolk group visit at the home of Tony Papworth 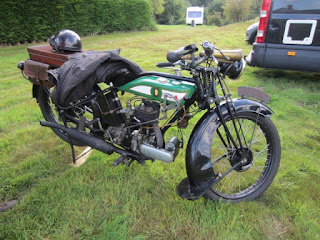 John a newcomer arrived on this! 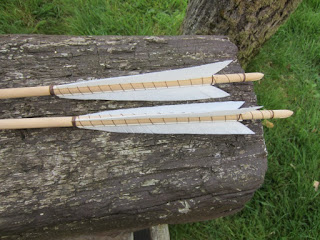 Andy Housego the previous County group leader was enthusing everyone and certainly me with his longbow making knowledge. He gave me a laminated stave to work on. 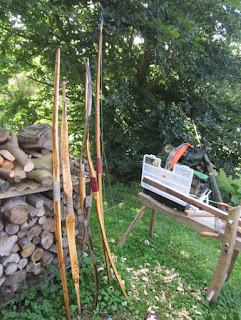 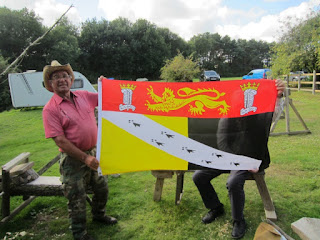 Tony’s brother in Law with the Norfolk flag – they have plans to have a group presence at the next Ball. 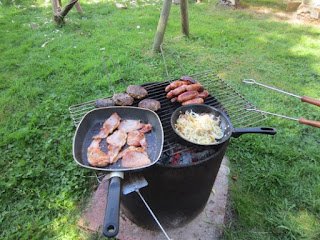 A modest lunch was enjoyed by all. 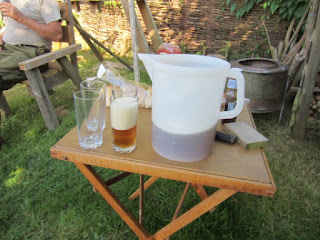 Washed down with some excellent home made Papworth ale. 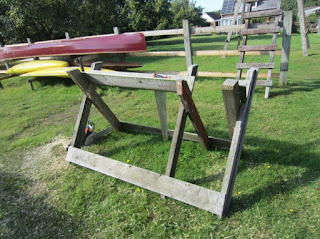 I am just about to replace my old chain-sawing trestle and this one has given me an idea although I did like Gavin’s one that was at the Ball which was adjustable. 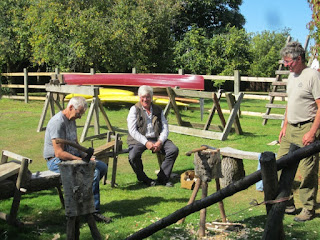 Hat a great day at Tony’s place. What a great host, if you’re near you have to go and get some great Norfolk hospitality. 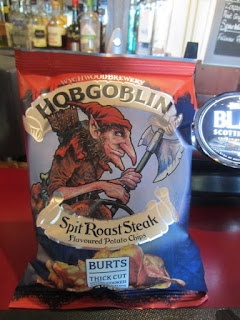 Last time I was here there was a terrible storm and the pub lost power and any record of my tab!

Never seen Hobgoblin crisps before. Not too sure about the flavour, think I will just stick to the beer.

Good make though, I seem to remember some connection with Nick Bertenshaw and Burts crisps?