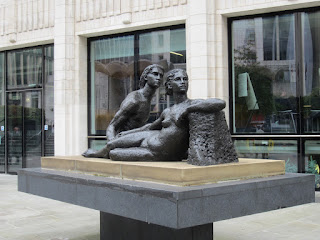 This bronze was outside the North Wing of the Guildhall, where I was meeting my youngest son Sam. 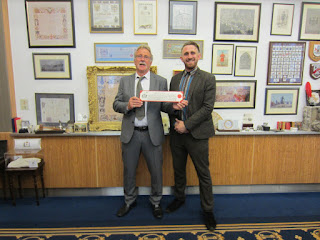 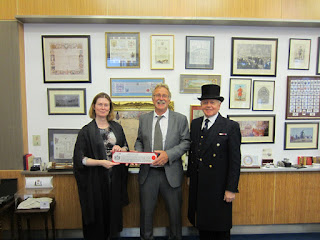 The whole experience was not at all what I was expecting – they were so friendly and relaxed.

Afterwards they spent some quality time with us
giving a short but interesting history lesson. The room was full of treasures. 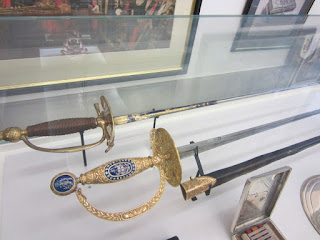 The surrender sword given to Nelson at the battle of Trafalgar. 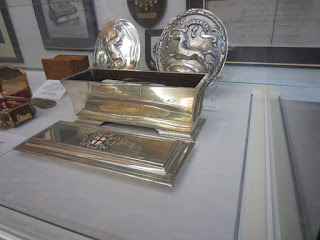 The Freeman certificate and its solid silver case given to Margret Thatcher. 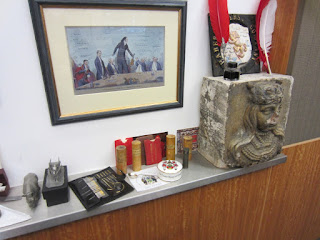 The valuable freeman certificates were always accompanied by a container.

The ones in the middle were small turned boxes. 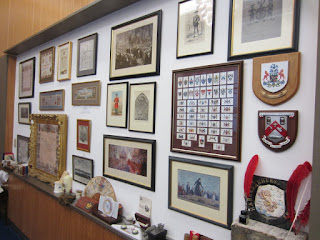 A wall of certificates from the rich and famous.

The one in the gold frame was Horatio Nelson’s.

I missed the pictures of Stephen Hawkin who received an honorary freeman ship.
Posted by Unknown at 10:09