Paul Shrubshall has started a green woodworking group at this site where he has been volunteering. 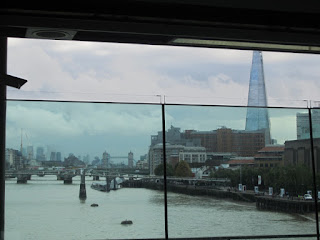 I thought it would be advisable to use public transport, I do not enjoy the London traffic or the congestion charge although I could escape the latter. 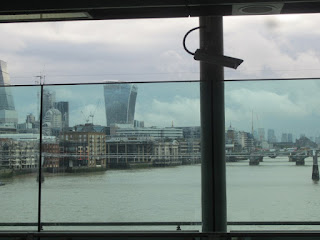 This is the stunning  view from Blackfriars station from inside the train. 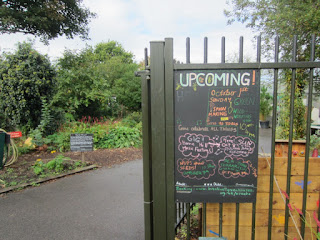 After a very pleasant walk up the hill the community garden area. 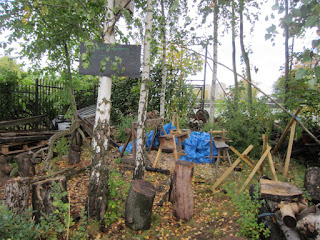 The bodging area in the trees. 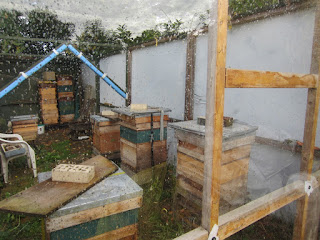 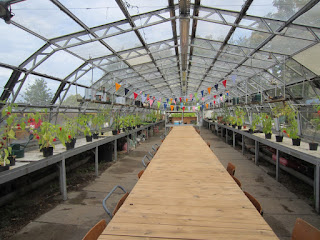 This greenhouse was full of peppers. I did see some pepper jam in the kitchen area.
The previous evening they had a dinner party in here. 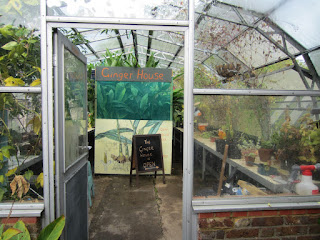 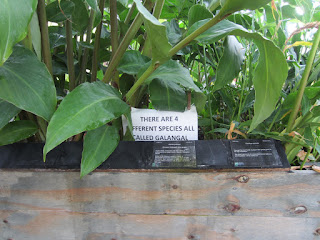 The themed greenhouse – now in its ginger mode. They were growing allsorts, tamarind, ginger


Galangal and lots of related plants.
Before this they were growing tea! 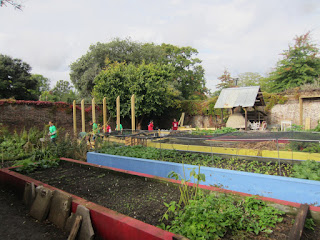 The raised areas were in a rotation - lots of information boards which really helped to know what the plan was and what they were growing.
There was a group of corporate volunteers in the corner constructing the floor to a café project next to the huge cob oven. 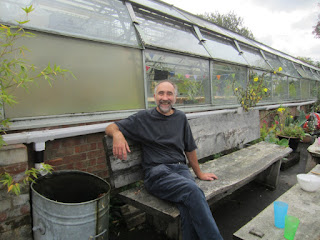 The man himself Paul Shrubshall – who is looking forward to meeting anyone who is interested in being part of this new group.
paul@shubshall.co.uk