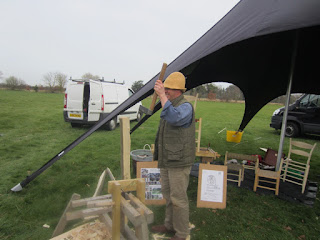 I joined the Wimpole Lathers for our second year at this event. The very wet weather early in the week forced the organizers to change the venue and I suspect the clientele changed as well.

David Owen was organising the Wimpole lathers who had their large National Trust tenty thing – great for pole lathes. 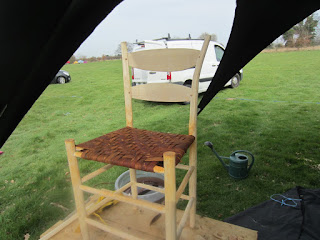 David has been busy making chairs and stools and playing with Elm bark. 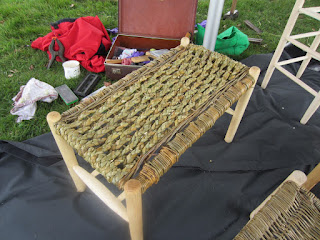 This was an interesting way of doing it with a combination of materials including Willow.

It’s great to see people developing their ideas and trying something different. 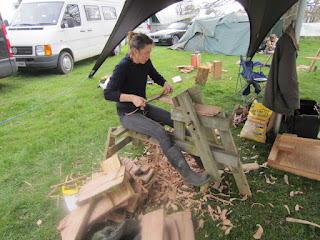 Kate was hard at work making shingles from some not very cooperative Oak. 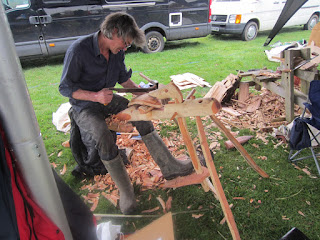 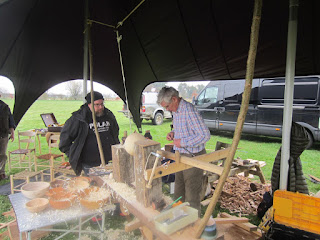 Now I thought that Jim had given up turning bowls now that he has done about 200!

Bowl turning still makes a good demo and he was attracting good numbers over the weekend.

Good to see some new at this event faces – Kurt in his low bushcraft tent, we were food sharing and using his resources – thanks for the hospitality.

Cathy and Graham were enjoying a weekend off from their family. I was next to Sue and Dave – the walking stick man from not too far away up the coast. Such great company to spend the first weekend of the year!