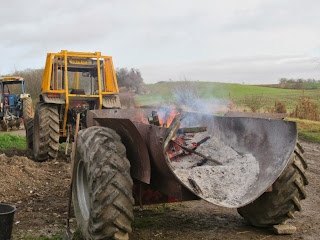 On the way into the Wimpole Estate I bumped into Simon in the lane who warned me about his mobile BBQ just round the corner – not what I was expecting. 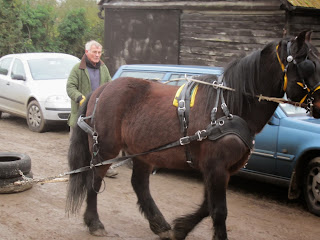 This beautiful young horse was being trained to pull loads – just two tyres here and later on a passenger as well. 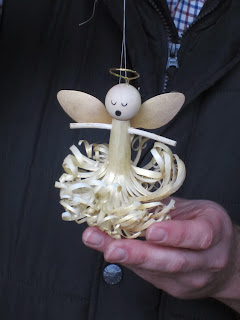 A gypsy flower hybrid as a tree decoration. 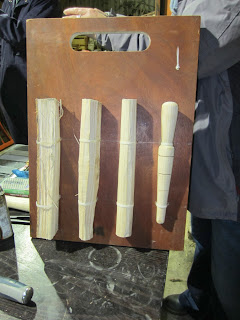 Jim McVitee had made this display board showing the development of a dibber from a split log.

It would save a lot of repetitive chat if at events we used some form of visual display to inform our audience of how it all works (Jim Steele has an informative display system – and it works for him, he appears to attract  some very high spending customers). 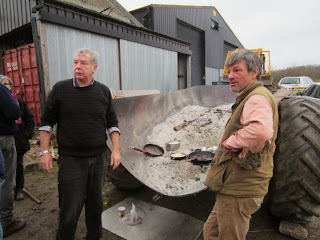 Not wishing to use the floor mounted BBQ he fired up earlier; Simon was cooking on his mobile!
Although Venison was originally planned, Simon provided some ramburgers for our lunch.
Other Wimpole Lathers provided a variety of home-made fare including Ouzo!

It was also very nice to see and chat to Magnus (blacksmith at Wimpole Hall). He has been developing a very nice cranked folding knife in a range of sizes. No pictures yet as they are subject to patent pending!
Posted by Unknown at 00:01