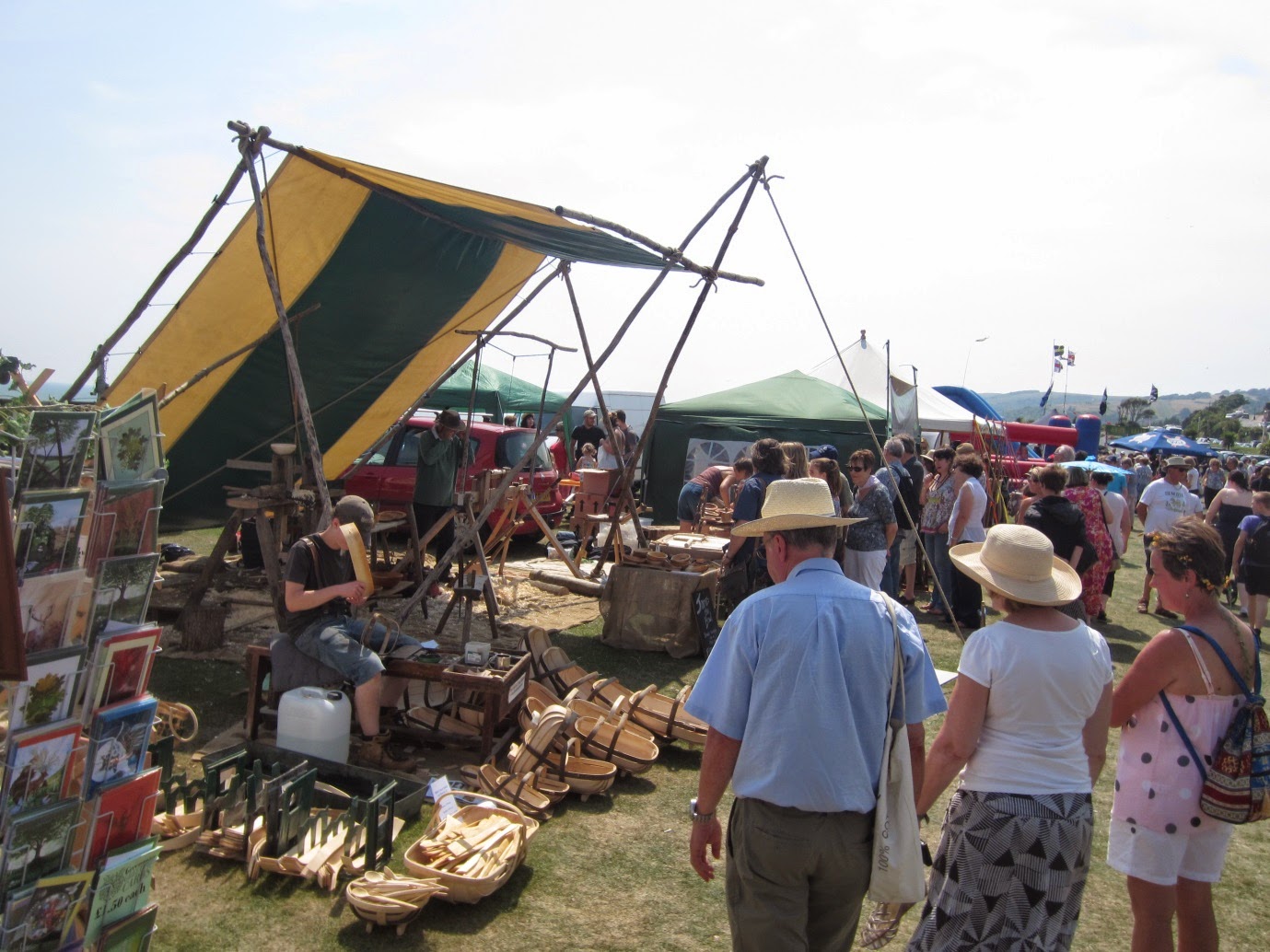 What a great setting – the immaculate seafront at Eastbourne.

The glorious weather certainly must have contributed to the visitor numbers, along with it being a traditional celebration with no entry fee.

Lammas is the making of the first bread of the harvest.

I have since learnt of other dates (in other parts of the country) – probably due to the different weather conditions. 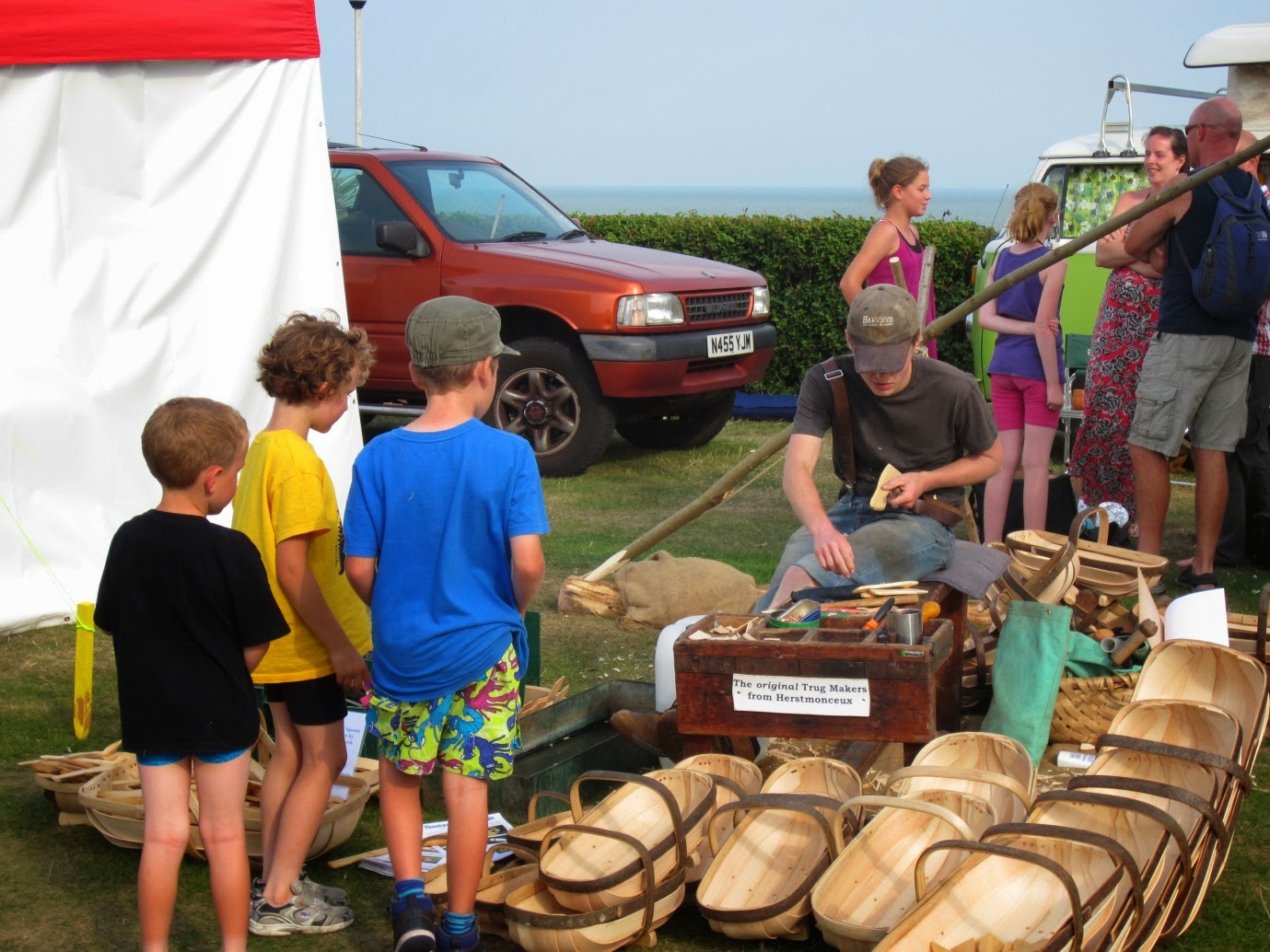 Mike Church was attracting the crowds of children again. What a very professional setup he brings. If he can draw the youngsters – the parents (buyers) are not far behind.

I have only just started to sell and am learning fast. Interesting displays attract potential customers as do demonstrations. When we all stopped for lunch (as we may well do to be sociable), the punters just walking straight by us. Begs the question, we should take timed breaks – so that there is always something going on (bit like 24/7 retail I guess). 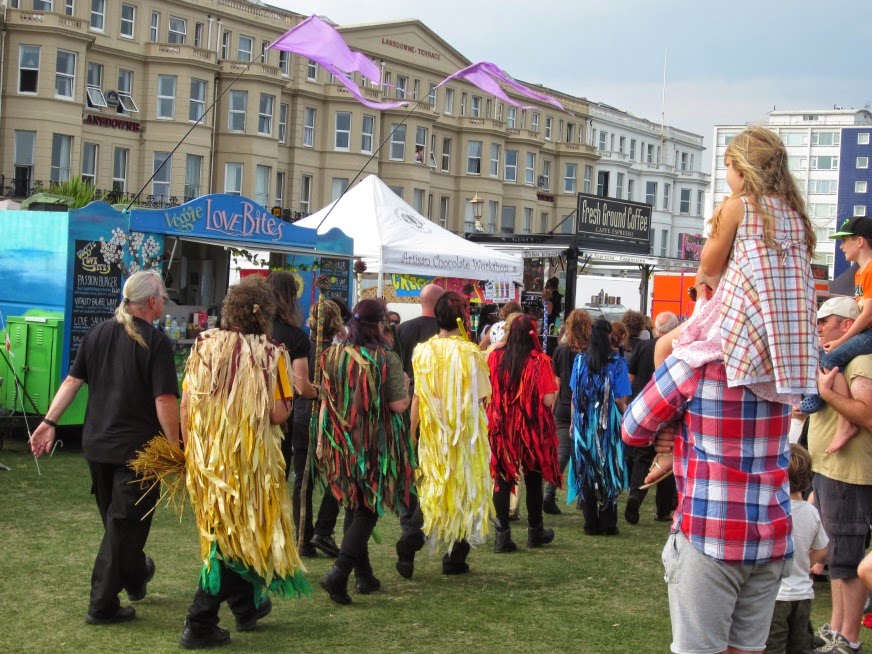 This pagan festival was colourful and it was refreshing to think that Eastbourne council were so receptive and accommodating.

However they were a little too Health &Safety conscious at times, for no apparent reason when it came to vehicle movements. 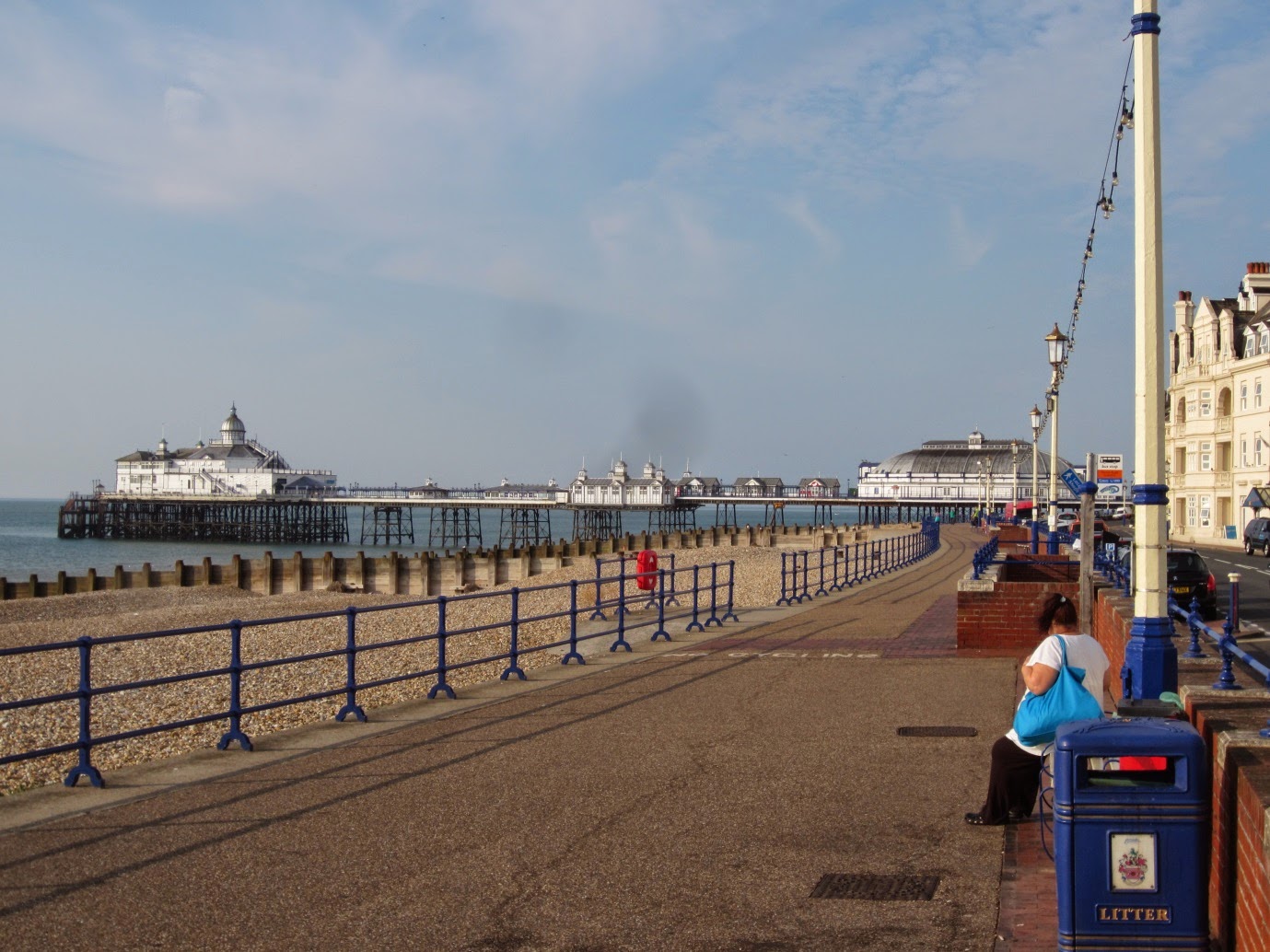 The local council do take thing seriously the esplanade was immaculate and there were hoards of cleaners on the foreshore early in the morning cleaning up after late night revellers. 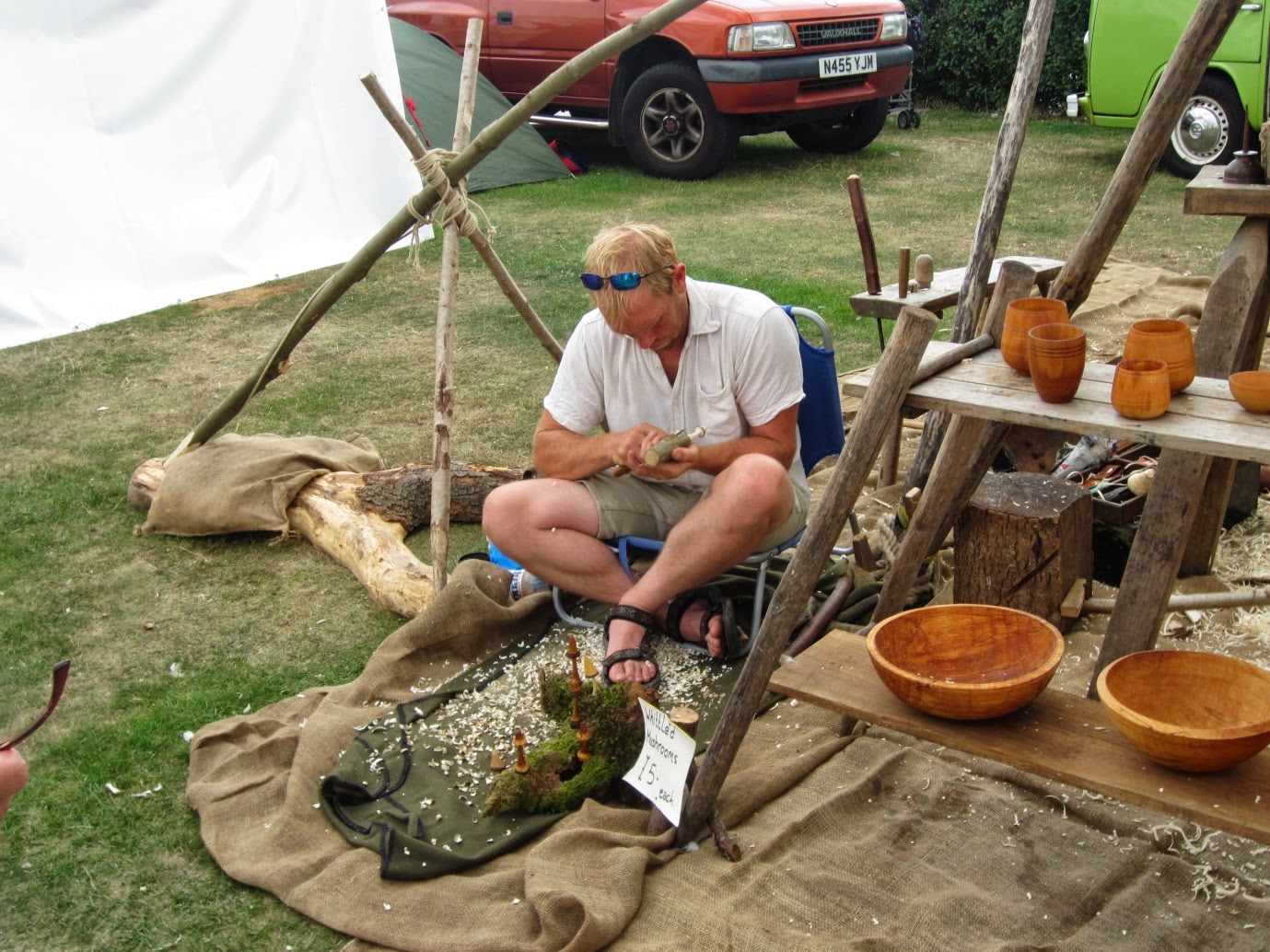 One of our new members – James Taylor was whittling mushrooms. He did not do as well as expected with mushroom sales compared with his last event.

Well now, that reminds me of something Robin Fawcett mentioned to me some time ago – know your clientele. If you wish to maximise sales then you need to understand what they might buy. I would say ‘horses for courses’. 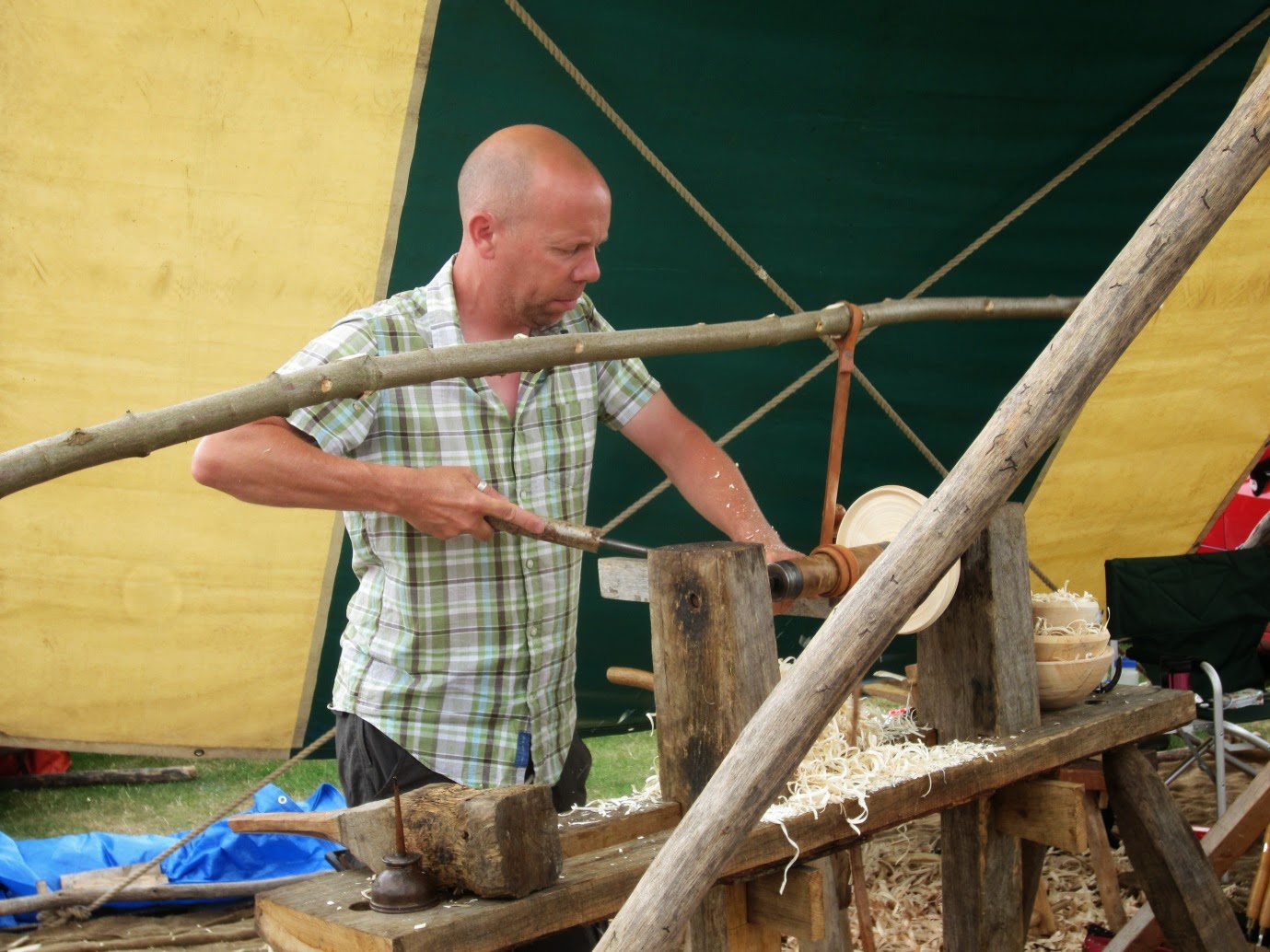 He supplied me with some previously unheard of species – Athrotaxis selaginoides is a species of Athrotaxis, endemic to Tasmania in Australia, where it grows at 400–1,120 m altitude. In its habitat in the mountains, snow in winter is very usual.

As well as some Nothofagus, also known as the southern beeches, is a genus of 36 species of trees and shrubs native to the Southern Hemisphere in southern South America and Australasia. Some species are reportedly naturalized in Germany and Great Britain.

OK, I nearly forgot to mention his amazing skill and knowledge of bowl turning. James makes reproductions for the Mary Rose Trust – need I say more!