This was the first event of its kind held by Kew Gardens. 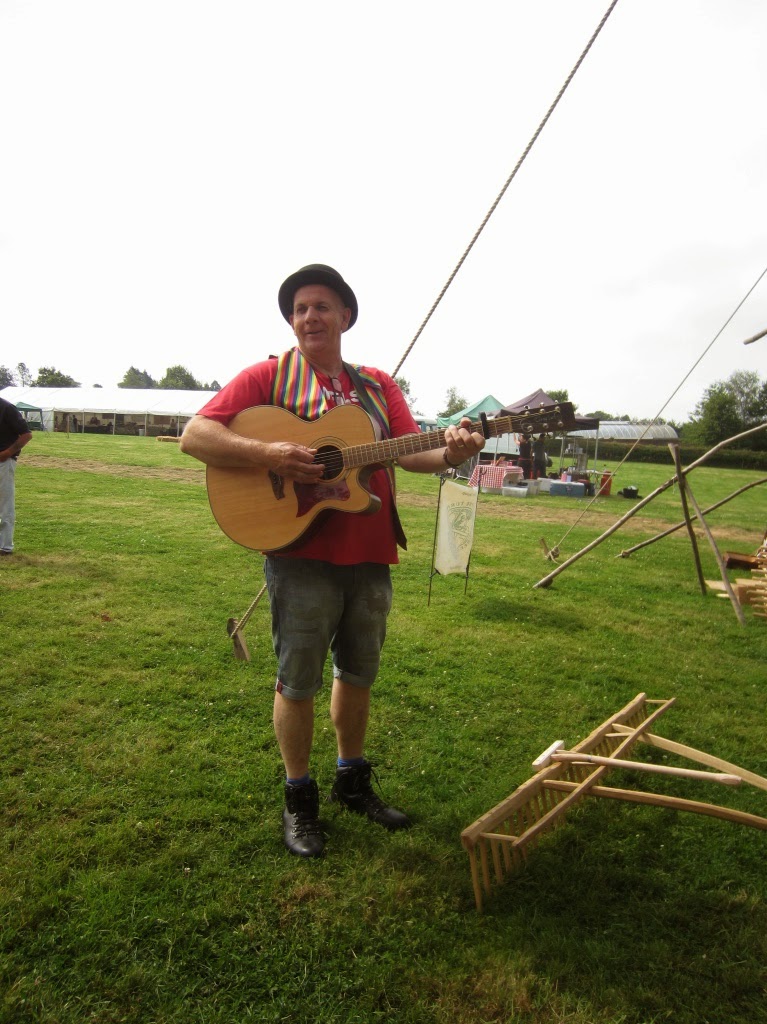 The entertainer /  wandering minstrel with an occasional Punch and Judy voice. It was suggested that he be invited to our next Ball. 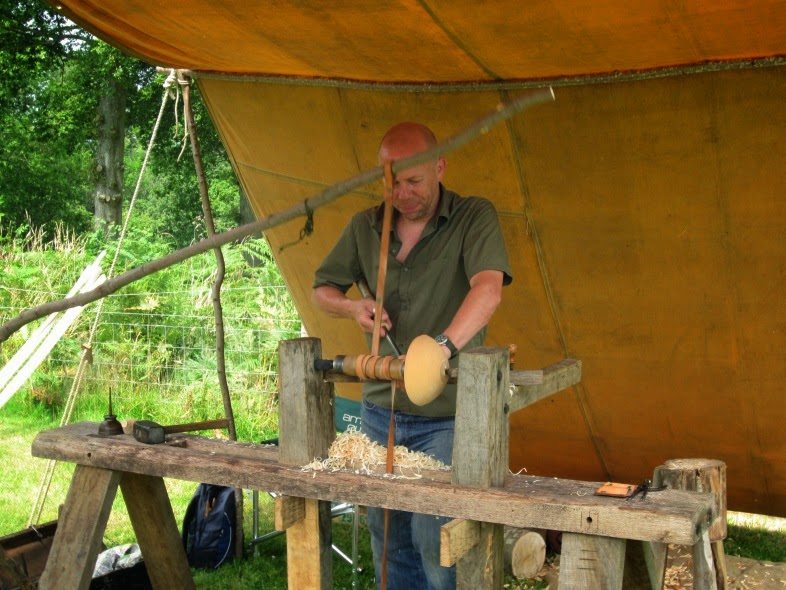 James Pumfrey organised the event for the APTGW, he was on a bit of a busman’s holiday, meeting so many work colleagues 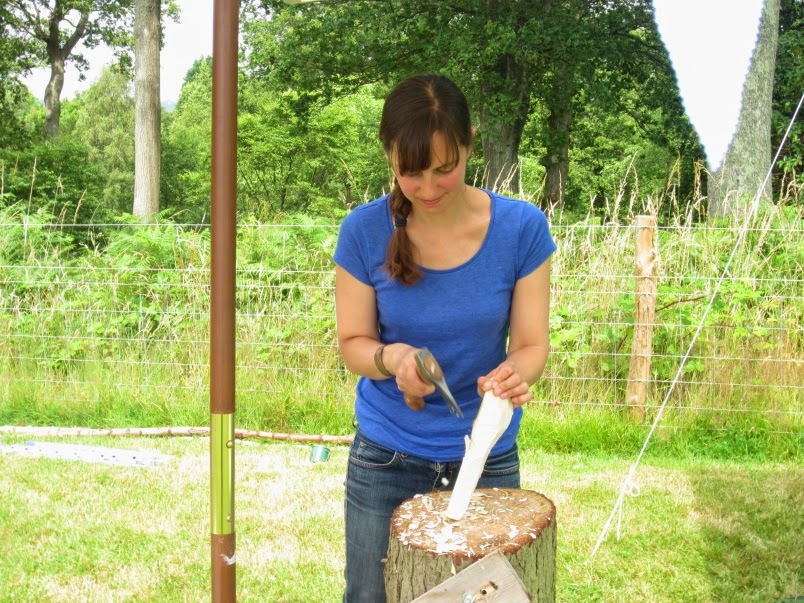 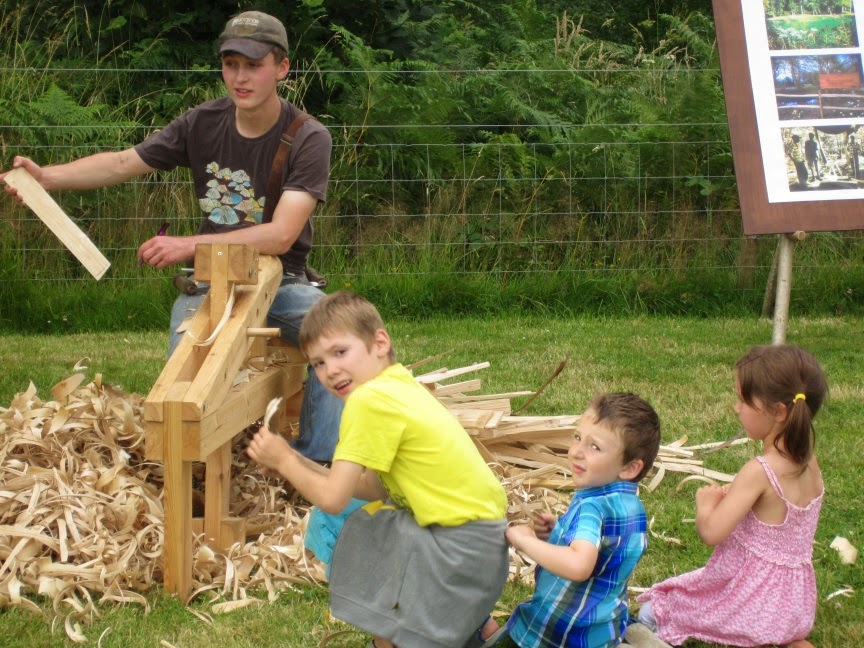 Mike Church was demonstrating trug making as usual. He has a plan however to widen his repertoire with something less vegetarian. 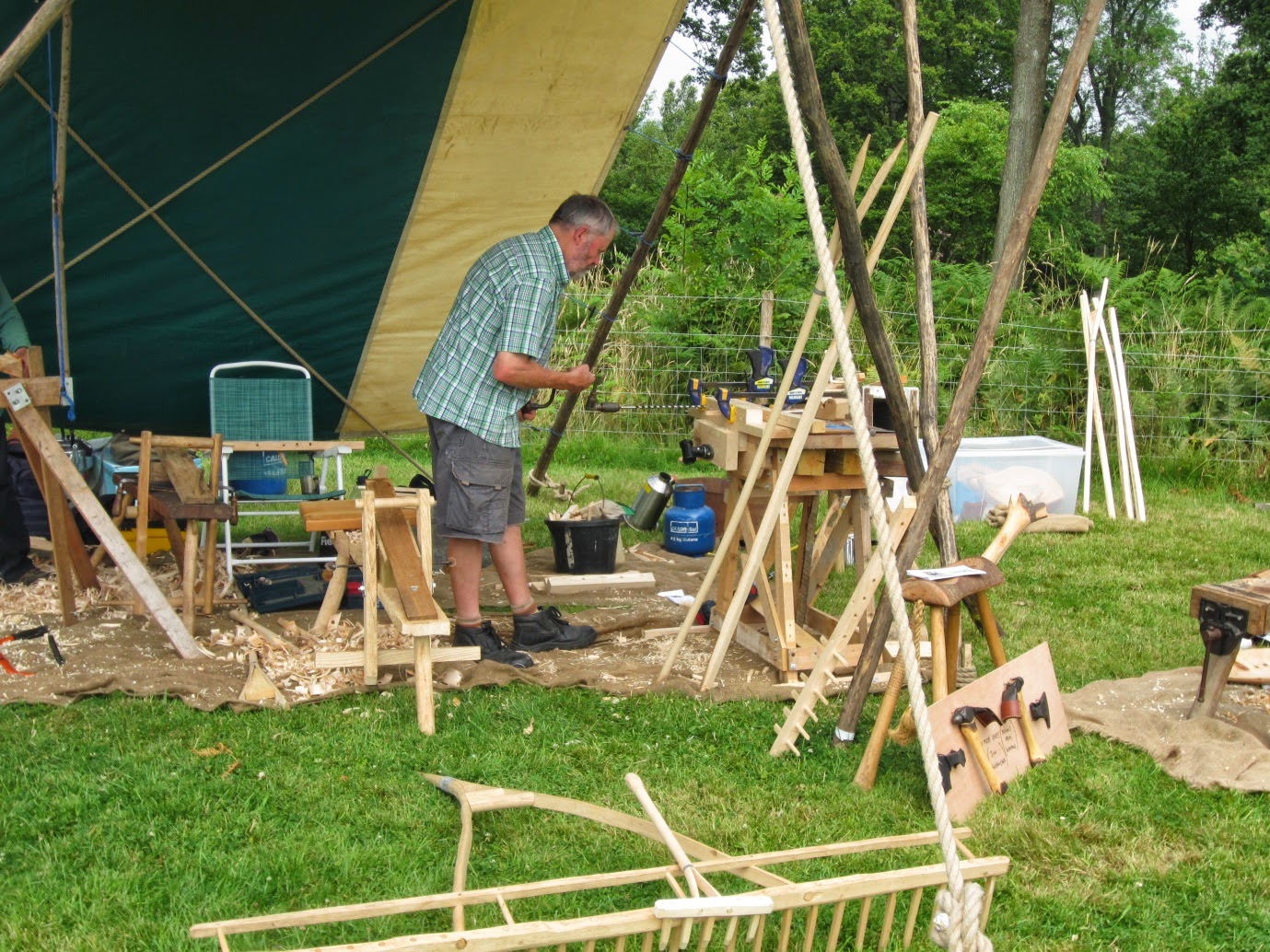 Richard Bingham was demonstrating his rake making skills. I was to his right and he was keeping me entertained! 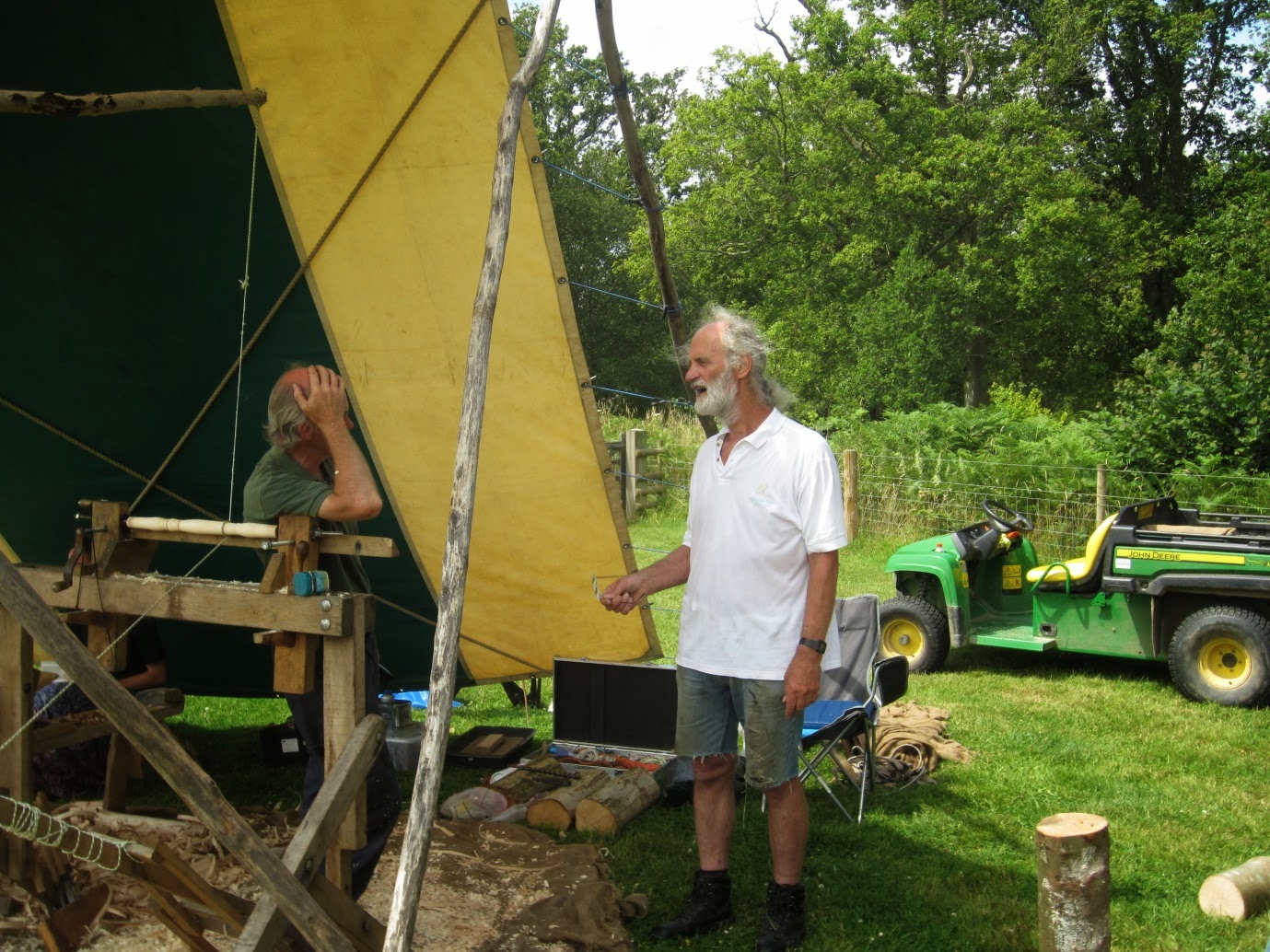 Mike Gordon deep in discussion with Frank Wright who was in scything competition. 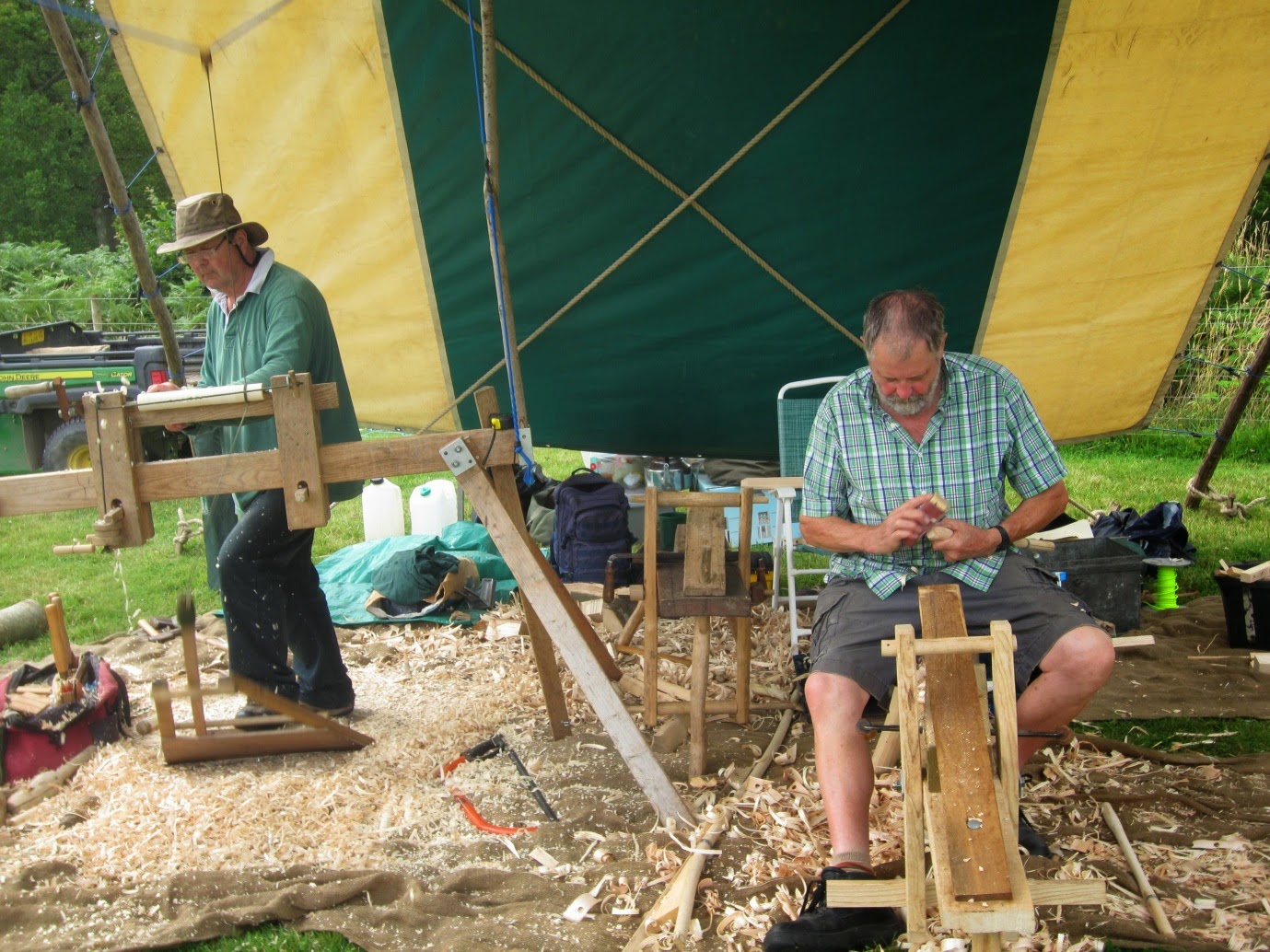 Fionn as usual on his pole lathe and Richard as we normally see him on a shave horse.

I was only there on the Sunday and enjoyed the best of the weekend weather.

Visitor numbers appeared very good as this was their first venture. I am informed that the intention is to repeat this next year.