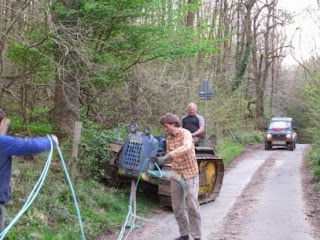 As I arrived I found Tim Gatfield and half his army dragging the big tracked thing up the hill after a catastrophic loss of steering. 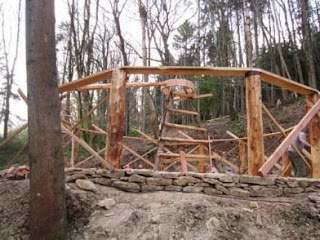 The main building project this week was a large roundhouse near the wood store car park. This was a dodecahedron with the rafters bolted to a central wooden hub (made by Rob Exton) with a reinforcing steel tube ring cut and welded by Richard Alan (Bath group) and myself.

We also managed to make a gas bottle rocket stove with some technical guidance from Roy and Lloyd. Lloyd did some impressive welding on the trivet on top. 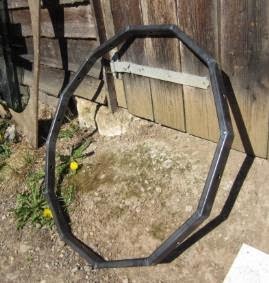 The finished ring made from very heavy rectangular tube. 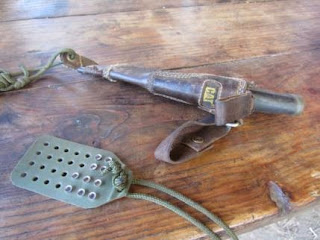 Merlin  decided to recycle his old boots. The pellet holder for the squirrel deterrent I thought was a clever idea (those tins are noisy and easily dropped). 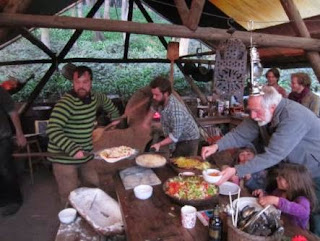 The pizza oven and a very efficient team in production. 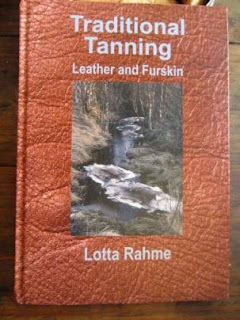 A Sami knife bought from a Sami market that belongs to the young lady who is into fish tanning and her bible. 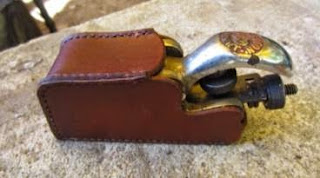 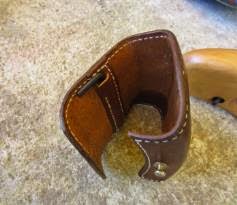 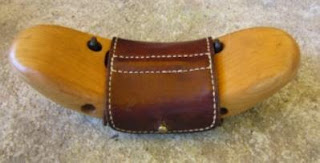 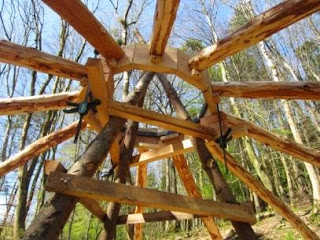 The central hub of the large roundhouse with the metal ring fitted.
Setting out the hub and the rafter positioning takes a great deal of thought and vision, however the team on site made it look really easy. 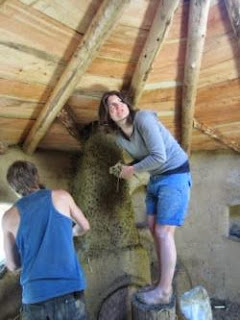 Last year’s main project was a small roundhouse for the live in cook. These were the final touches internally - the insulation for the flue made of cob and almost stitched into the under layer with a wooden needle 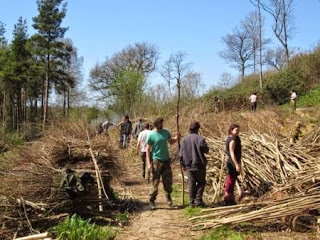 After the coppicing the great sort out into saleable items, bean poles etc.


This venue is the most fun I have ever had, such a wealth of practical experience amongst the volunteers. If you can ever get there for a project week (they have two a year) then this really is a bucket list job!
Posted by Unknown at 21:52