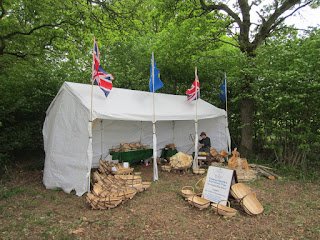 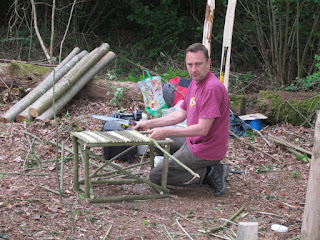 He changed codes on Monday and was dressed for hedgelaying. 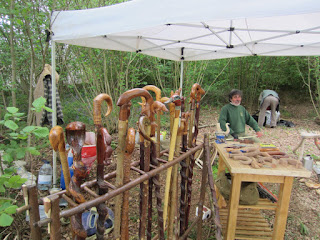 Terry Jones with some impressive walking sticks although I think he was demonstrating basket making.

Terry has a book with some of his work in – tables, chairs, he makes just about everything. 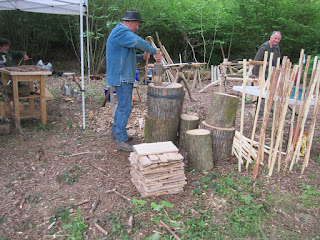 John Burbage making Chestnut shingles, the stack on the floor was from one round and he got 48, the next round 42, however sometimes things do not work out so well, and then only 22.

Graham Aslett (in the background) was making gate hurdles – what no rakes? 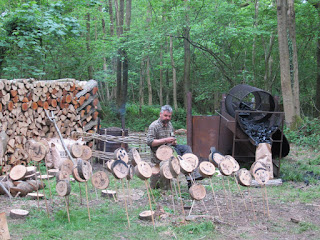 Charcoal burner with some smiley faces.
He was also pretty good on the chainsaw carving. 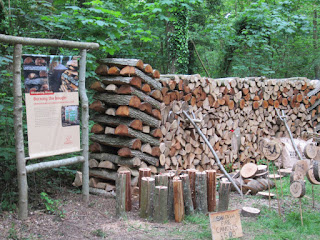 Really crisp woodpile, note the angled forked props; I have not seen before. 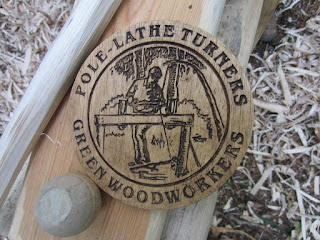 Our existing logo made on a CNC router by Mark Smith. 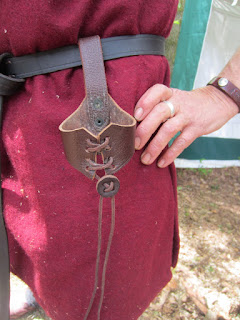 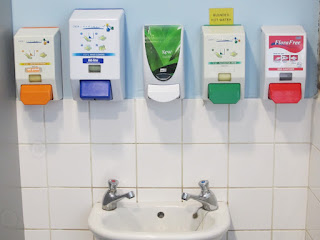 We were afforded all the comforts of home in their staff block – beautiful hot showers and a real choice of what to was hands with.
They also had a sunblock dispenser – impressed!

The Wood fair was an event they have just resurrected and it was not without its teething troubles, however the organisers are very keen to get it right and were taking note of our constructive criticism. It has a lot of potential.

You could not fail to be impressed with the general setup.
Posted by Unknown at 13:31