The 25th Bodgers Ball at Walesby Nottinghamshire 8/9/10 May 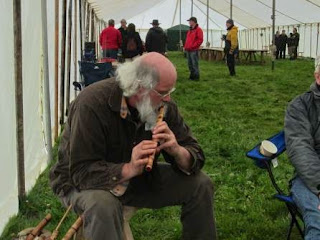 Tom from Texas - a self taught flute maker, He has only been playing for ten years - it sounded pretty good to me. 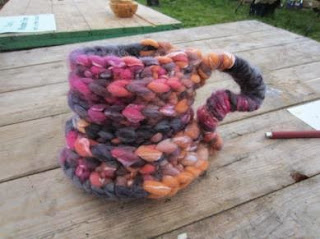 Marian Windsor – cup warmer made from Merino wool and wood that has been spun into a silvery fibre. 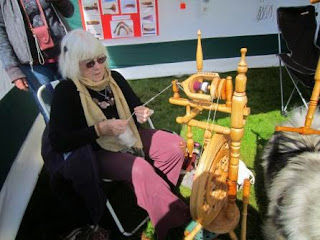 Marian spinning dog hair -  be warned your dog may be a little lighter after visiting her. 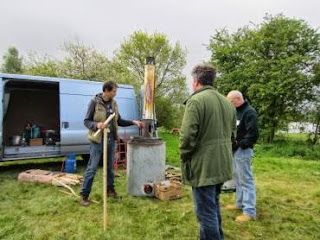 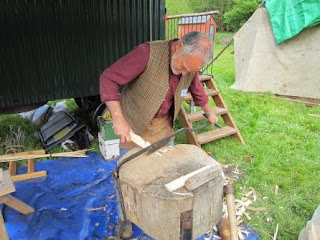 Terry Heard on pegs (this is beginning to sound like a musical). 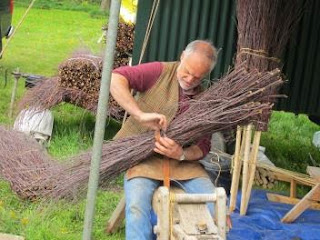 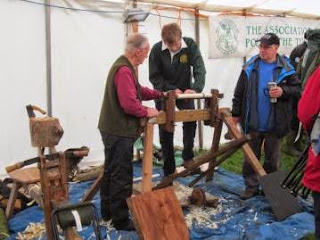 Des Jones – passing on skills to the next generation of pole lathe turners – note the lack of overhead bungee, its all fitted into the box on the floor. 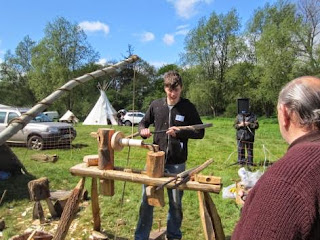 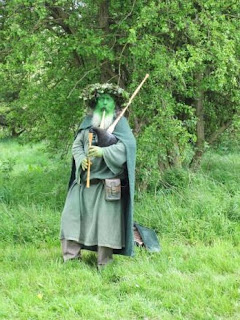 He was storytelling later on in the marquee, not a bad recorder player either 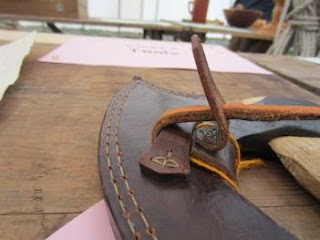 
One of the entries in the craft competition (tools) with an unusual tie for a leather case. 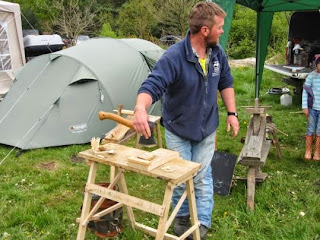 Paul Thornton on fan birds: I thought they were owned by Sean Hellman. 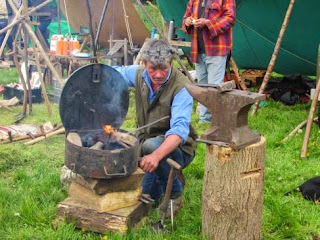 Our man from Wimpole - Simon Damant sparking up the forge. 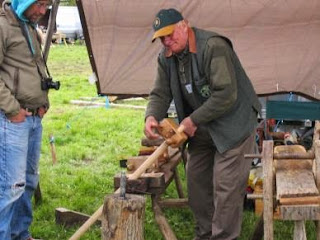 Graham Aslett on the stail engine (rounder). A stail is a long straight handle such as found on rakes, hoes and pitchforks. - (Woodland crafts in Britain). 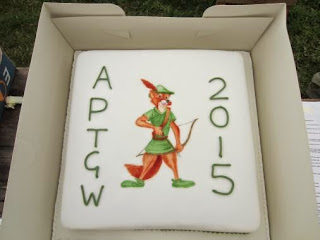 The ball tradition is – marking the end of the event, the winner of individual log to leg cuts cake and we all go home. 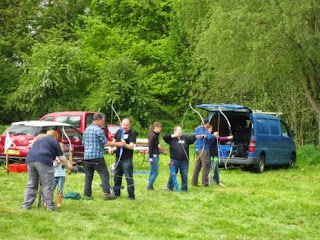 Part of the weekend deal was a free go at archery 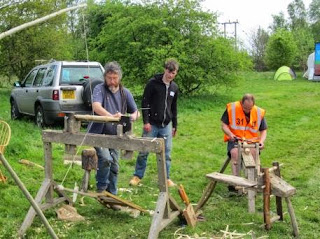 One of the log to leg teams in full flow.

I recognise the world champion on the lathe and Robert Nicholson watching having do his bit with a froe and axe. My apologies to the shave horse man.