This lovely setting in a valley (prone to flooding), next to Roger Daltry’s place; This Bamboo was growing at ½” an hour 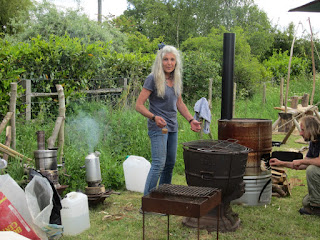 Plenty of cooking resources, Clau proved to be a great host. 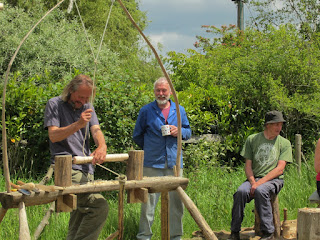 Mark Smith’s lathe with Yew bow poles, Mike Gordon enjoying a rest and Peter Castle who popped in for a quick chat. 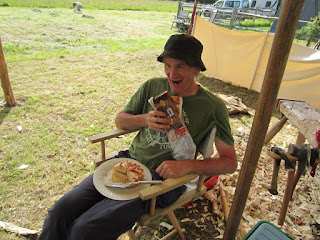 Mike enjoying a snack or two or three. 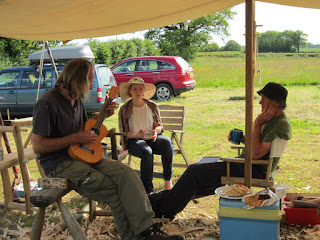 Harriet, sitting in with Mark Smith who was entertaining us with Clau (not in shot), 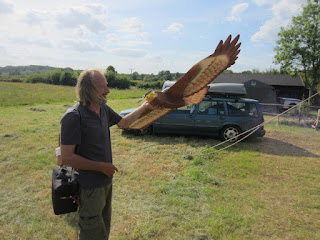 Now Mark is in to airplanes and things – these days very powerful electric motors rule the skies with their lithium gel batteries. Believe you me once up it’s a buzzard! So much so a Kestrel was shadowing it!

It has been rumoured that the locals con visitors with tall tales of local buzzards doing aerial acrobatics.

What a great setting – rumours of a mini ball setting. Thanks Clau