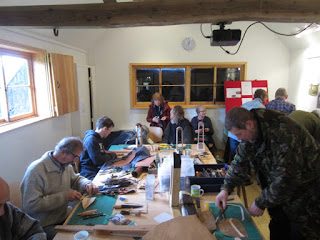 The Bardster started the session with an introduction to the basics of making a tool case.

John Burbage providing the leather with Harry and Paul giving advice. It was a very cosy setup, you need to be inside to keep the fingers warm. 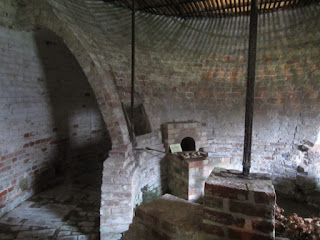 In the afternoon we were given a guided tour of their treasures.

This is the fire area for the Oast House on the end of their smaller building. It was a round; apparently they used to be square but in attempt to make them more efficient the design was changed. They also experimented with vaulted sections around the fire. This proved to be very expensive and not more efficient, so the round idea was dropped. 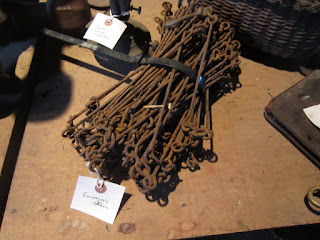 There were many old tools – as you would expect. I have just shown some of the ones I have never seen before.


This was a surveyor’s chain – so I guess it was 33yards long! - or so I read but Richard Bingham has given me this -

"22 yards in a chain 220 in furlong, 8 furlongs to the mile. Furlong the distance an Ox could manage back and forth ploughing". 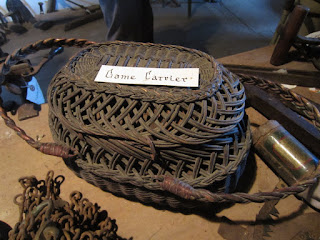 An interesting basket – a game carrier 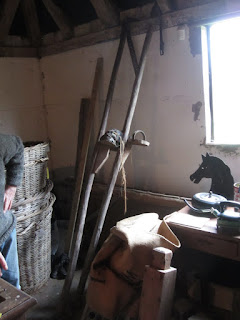 Stilts used by hop workers, apparently the local pub used at lunchtime by the workers served beer from the first floor. 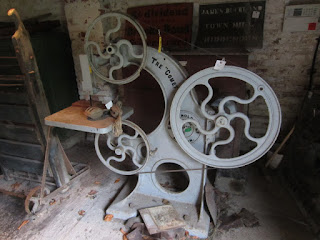 You can almost see the evolution of the band saw in this lovely old piece. 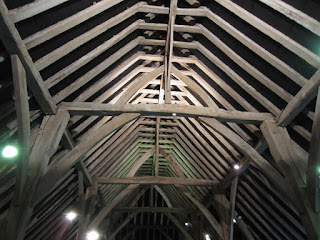 The main Barn was built in 1315 as is intact and has had few replacement beams. It was constructed originally with Kent peg tiles and was not knowingly ever thatched – amazing a Cathedral almost. 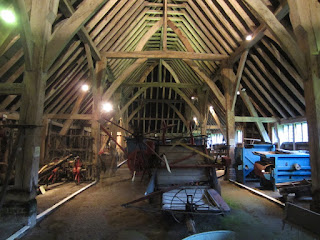 The inside stored some amazing examples of farm machinery.

Mr Aslett was in his element! 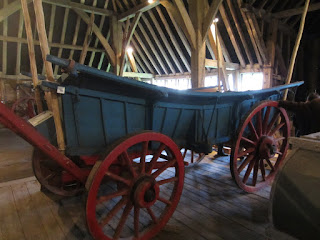 A Kent wagon I think, they were built to last – well it’s done that. The makers name was painted on the end but the address was painted over during the war to stop the Germans working out where they were! 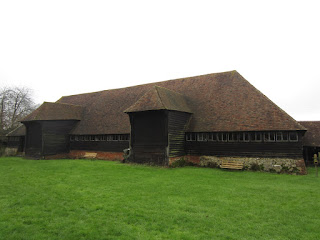 The barn was very well camouflaged on the outside, you could walk right past it on not know where all those Oak trees went.