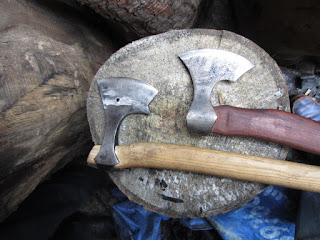 You have probably guessed that I bumped into a slimmer Magnus as I arrived. He has been making more axes for his day job. 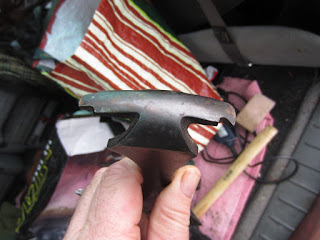 The lengthened poll on these axes are made by fire welding a long staple on the back. 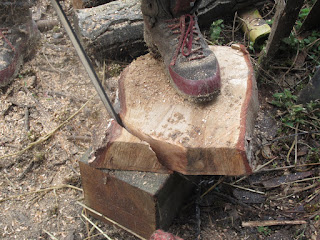 Simon casually cutting a stool blank for a bodger; note the foot protector. The narrower the blade the tighter the curve you can cut. This was his third cut in this position. 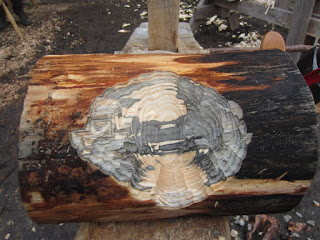 I was attempting to adze out this bowl from some Scots pine – potentially pretty but horrible stuff, it behaves like it’s very dry but axing through the fibres (for the back) was murder, had to virtually split it off. It didn't like the travisher much either. Not recommended.

Perhaps the fungal infection was the cause? 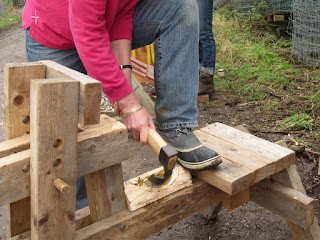 Jane was doing very well adzing out a dish in Judas wood with a very large heavy tool. 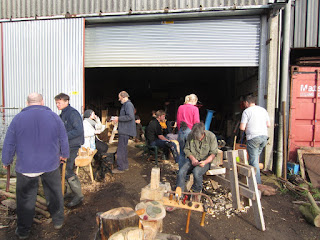 A rare picture with Magnus!

The warm weather brought loads of bodgers out of the woodwork. 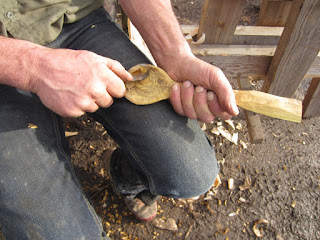 Simon taking a break from chain sawing and organising everything including his three very naughty dogs (again they were not available for comment). 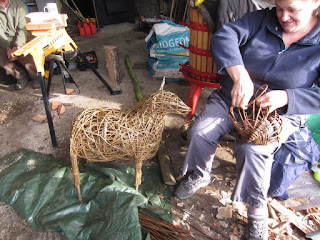 A colleague of David Owen was basketing (think I made that one up).

They had jointly made the Willow sheep. 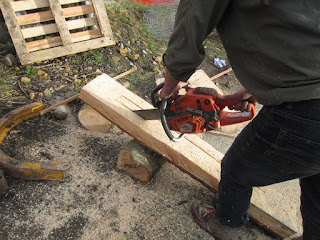 Simon back on the saw – cutting a bowl lathe bed from the horrible wood – probably a good use for it. 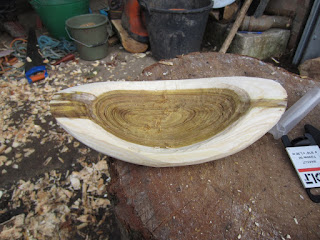 Thanks to Jim for inviting me to their event.

They have scything and hedge laying events going on every year – contact them for details.
Posted by Unknown at 12:54