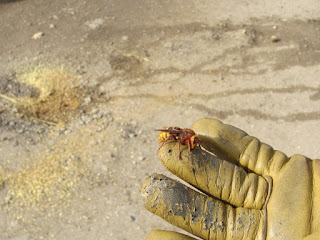 Simon had provided some Laburnum and this hornet was using it as a safe hiding place. 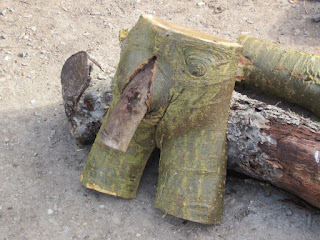 I took the other half of this crotch – isn't nature amazing!

Reminded me of Tim Stevenson’s jeans in a Ball competition two or three years ago? 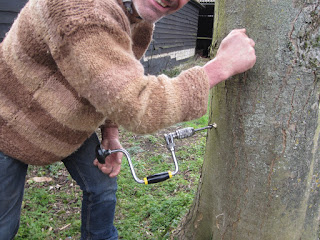 Simon took us out on a trip to tap the local Sycamore, so he drilled in three inches and then inserted the hollow bung (before asking if there was anyone in there). 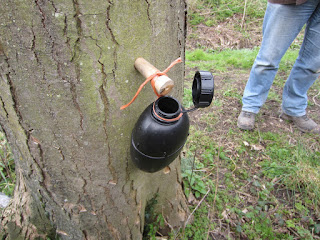 Andy supplied the usual fittings, I was disappointed that there was no use of medical equipment!

Later on we were given a taster - not very sweet however. 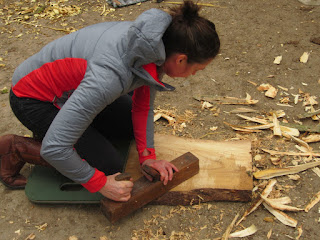 Plenty of things going on including the use of this old wooden plane – not seen that for a time. 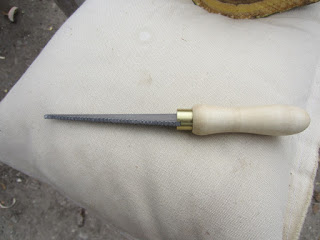 Toolmaker Tony had mad this broach type tool for making a slot for another tool. Tool steel and a Hornbeam handle with a micro-bore plumbing fitting as a ferrule. 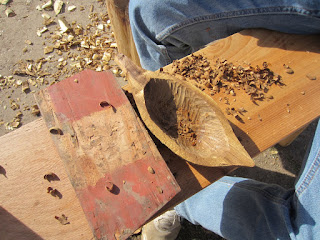 He was working on a small dish with a gouge. 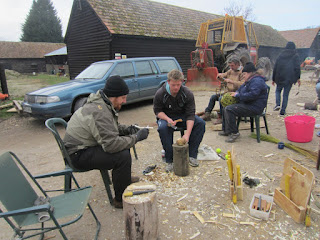 The kindergarten group were huddled around the fire (notice that handsome car in the background). 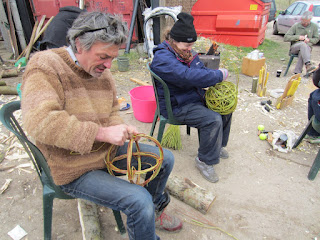 Simon as usual was doing everything – this time playing with Willow, not sure what it was however.
Posted by Unknown at 11:34