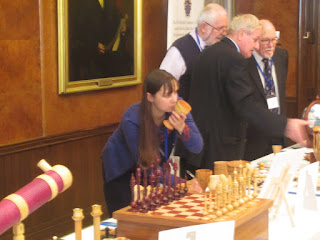 The Craft competitions are held every two years and this event every four years – so this year is really two in one.

Amy Leake was one of three judges for the goblet competition for APTGW members only.

In the background is Nic Somers Master of the Company with Stuart Mortimer Master of Turning. 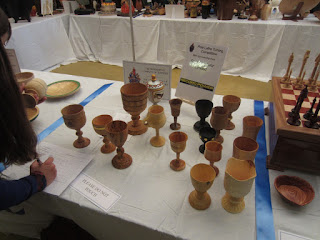 The entries from our members during the judging process. 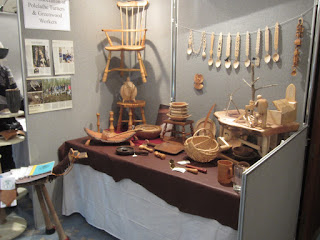 The APTGW stand – we tried to show a range of object, old new, turned, carved and two items from themed competitions made by Tim Stevenson – the Beech shorts and the Gothic revival automata. 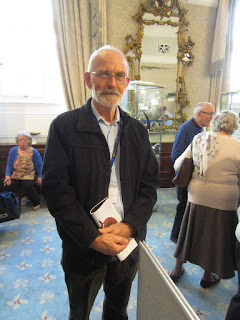 The really great thing about being at these events is the chance to meet so many new people that have connections with the APTGW.

Richard Chapman makes the trophies for Woodland Heritage and he made our best in show award. 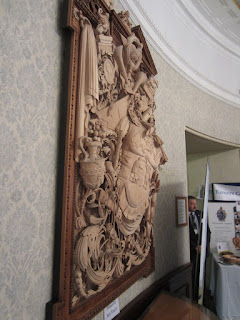 Carpenters Hall has some amazing items of work – this Lime carving was no exception. 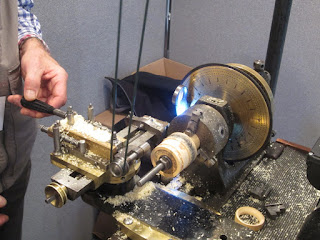 This Holtzapffel lathe was working on the SOT stand. 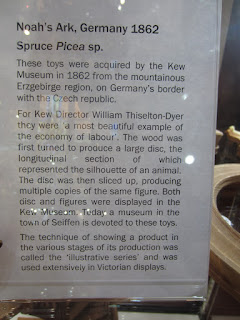 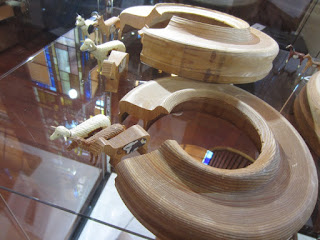 I have seen this before on a Stuart King film. 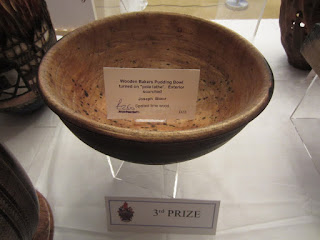 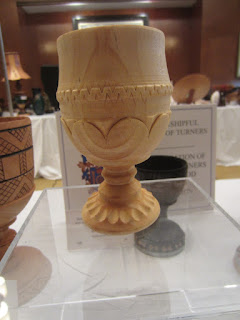 Terrance McSweeney won our first prize with his goblet. 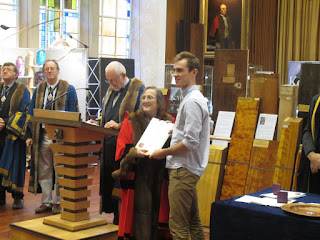 He collected his prize from Alderman Alison Gowan 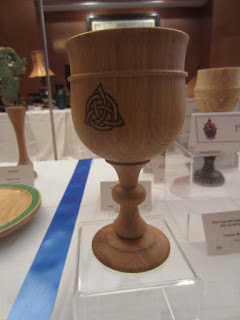 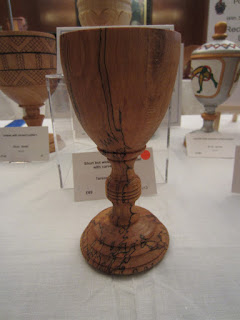 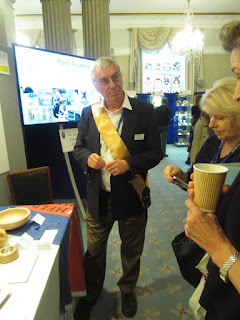 hris Morgan from Foxglove Bodgers (North Yorkshire) was collecting money for Help for Heroes. I believe they collected £5000 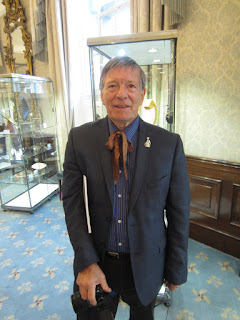 Stuart King was a busy man – official photographer for the WCT.

He is a tireless supporter and historian for green woodworking crafts.

He also supplied half of our stand with some of his collection.

This was my first Wizardry in Wood, amazing! What a great venue and a very well organised event, my hat goes off to all those in the WCT and especially their clerk Alex Robertson.
Posted by Unknown at 12:41