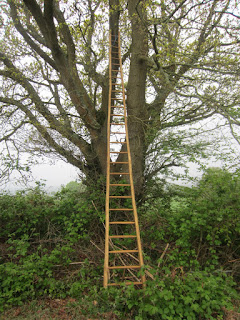 Who else – another of Ed Murphy’s spectacular cleaved ladders, 27 rungs = 21’ split from one piece. Thatchers / fruit pickers’ style. Normally the rounds are on the outside but thatchers like it flat on the outside to help them dress the thatch on the flat. 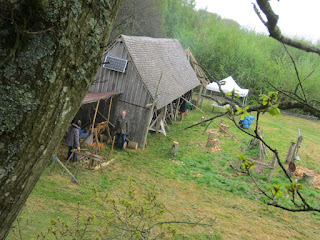 View of John Burbages workshop from the top of Ed’s ladder. 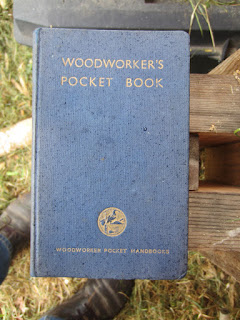 Graham Aslett always has something interesting to show me. 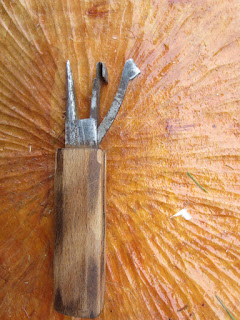 Timber scribing tool with cap removed (actually permanently since he lost it and had to make a new one). 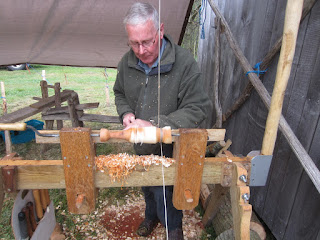 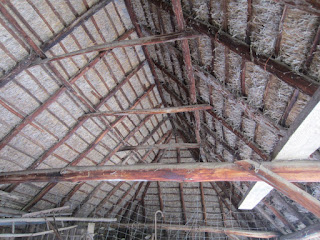 Ed very kindly took me to see the Roundwood, long straw barn built by Derek Body 30 years ago. Apparently  he built it as a kit inside another barn and then re- assembled it having used the usual convention of numbering the bits using Roman numerals. Well Derek being Derek he used a felt tip pen for the numerals. 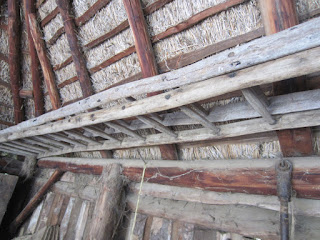 Some of Derek’s ladders still in use. 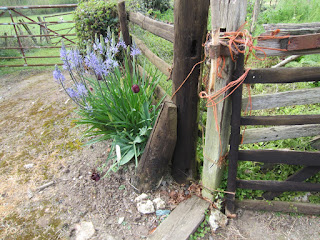 Ed pointed out this godfather post repair as well as a few others to gates etc. done by Derek Body normally unconventionally! 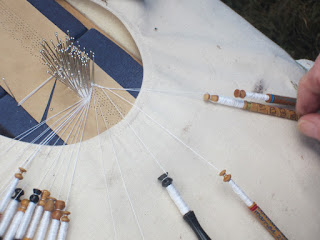 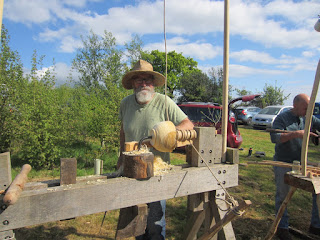 This bowl making thing is really taking off, someone was making hook tools with the help of Robin Etheridge – did not get a picture however.

This is Jeremy Cox – good lathe design it all breaks down very quickly (intelligent design). 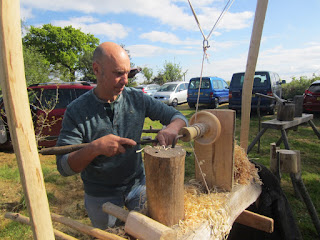 Mark Fenn was also having a go, his first bowl – it was very very good – even wall thickness first time – wow!

Mark was on hand to chainsaw up all our materials – thanks for that. 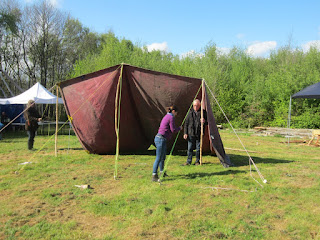 Amy leake and family were still tinkering with their new shelter to use at the Kent show. 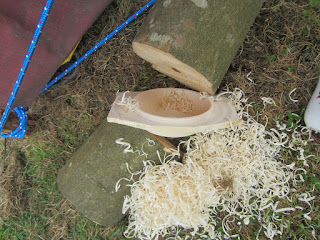 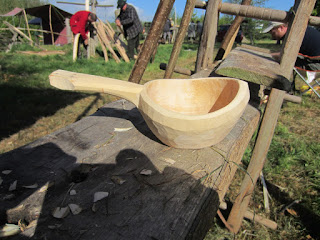 Tom Standen made this Kuksa look really easy – he scooped out the bowl with Ashley Illes gouges. 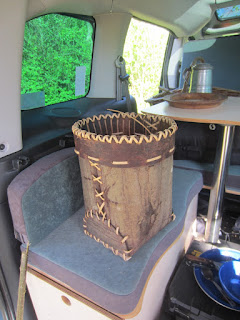 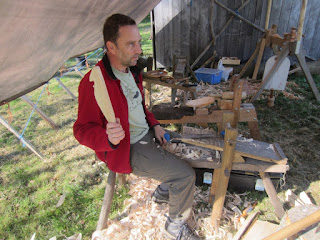 Phill Piddell has bought himself a Ball bell tent without pegs so He and Harry busy making them. Harry was cheating – using a stock knife! 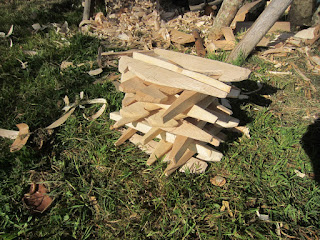 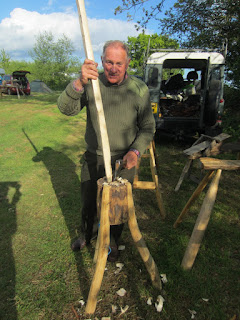 Graham was making hurdle components from some tricky wood. 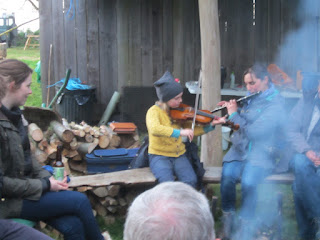 Amy and family later on entertaining us on the smoky stage. 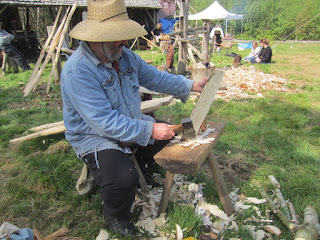 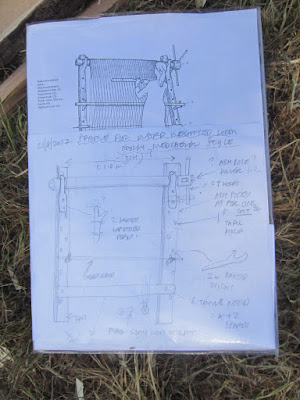 Needless to mention that he is very well organised. They do say a picture is worth … 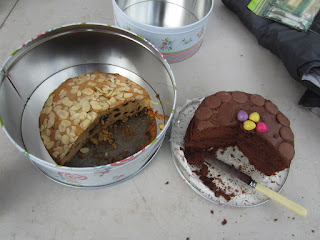 Carol Leonard was leading in the cake making contest. 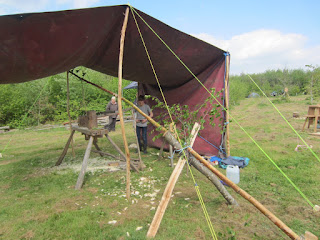 Shelter finished Amy set up her bowl lathe with side mounted pole.

Another great weekend with the Kent group, John Burbage is a very generous man – thanks John. He holds another weekend at the end of the season.
Posted by Unknown at 13:20