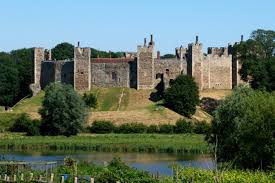 This was my first time to Framlingham – we were in the grounds of the school. Amazing facilities, they even have a castle!

This was the view from the school. 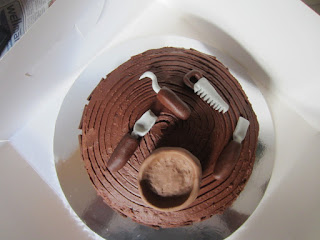 This birthday cake was made by my daughter in law Helen. Perhaps she should be co-opted for the Ball cake? 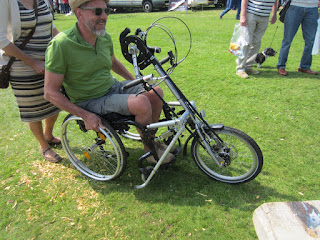 There is never a shortage of interesting people to talk to at public events;  this gentleman had a very unusual modified wheelchair. 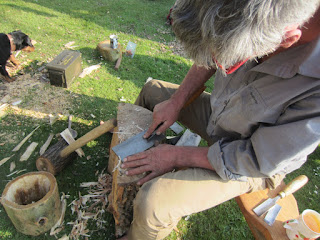 This is a collector’s item – Mr Damant not making anything. Well yes he does have to sharpen his tools occasionally. He is using DMT diamond stones. I find the credit card size more practical, basically with diamond stones it’s all about quality. 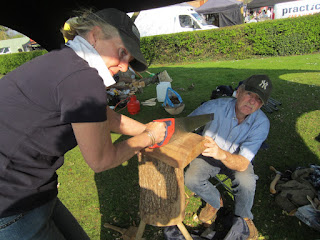 Jayne and Shane – wot no pullsaw? 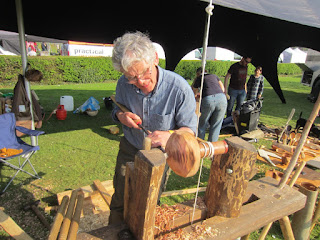 Jim McVittie – a great ambassador for our organisation. He does a great demo – always attracts a crowd, plenty of banter and lets the public have a go. 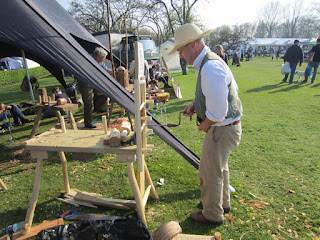 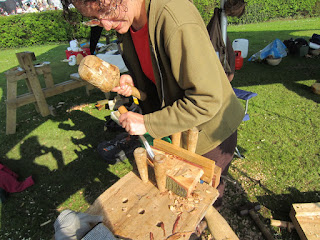 So much going on with the Wimpole Lathers –Valerie Anderson carving a Cherry dish. 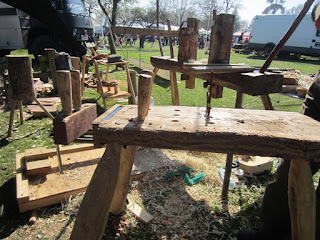 A clever way to hold a bowl when carving. 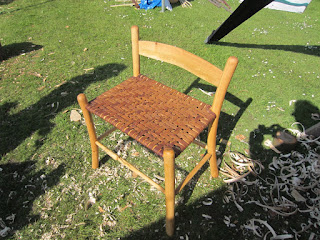 Junior cello chair for Elspeth Owen – no guessing who made it.  It has an angle seat and it overly wide. Elm bark seat.


What a great event organised by Quintessentially British Shows.  The heatwave and sunshine certainly helped to make it a very pleasant weekend. Some very good entertainment the best of which was from Jonathan Marshall who a horseback falconry display that was something very special – a great showman.

I found this on the web -

FROM POWERHOUSE TO POORHOUSE

King John hunting on horseback, from a 14th century manuscript. King John was entertained at Framlingham in 1213, by Roger Bigod II. © Getty Images
Framlingham castle was built by the Bigods, a powerful Norman family in the 12th century. The first stone buildings at the site were probably the work of Hugh Bigod, 1st Earl of Norfolk (d. 1177). But it was under his successor, Roger Bigod II (d. 1221), that the huge stone curtain walls we see today were built.
In 1213 Roger Bigod II entertained King John at the castle. But by 1215 relations had soured - Roger, along with 25 other barons, challenged the high military taxes levied by King John and forced him to accept the Magna Carta. Enraged, John laid siege to Framlingham in 1216. After two days, the castle surrendered. This loss of the castle was only temporary however - it was later restored to the Bigods.
Posted by Unknown at 01:14