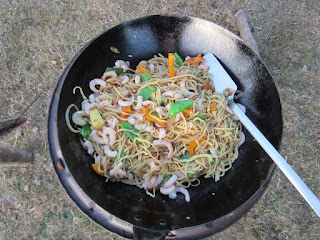 Thanks to Jill Swan who provided the ingredients.

I don’t buy take away anymore – too much fat and salt + how do you know what’s in it? 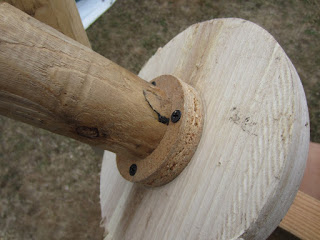 Never seen this method for fixing a mandrel onto a bowl with screws before – no names. 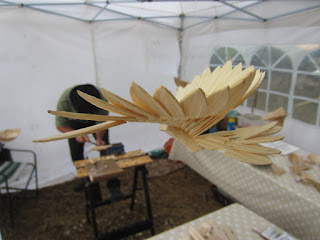 Have not seen fan birds for ages and I thought it was just Sean Hellman.

These were by John Sinclair and very good, but I have forgotten what they were made from - maybe chestnut (he is a Sussex coppice worker) 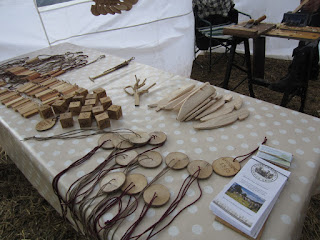 Some very interesting ideas I have not seen before. 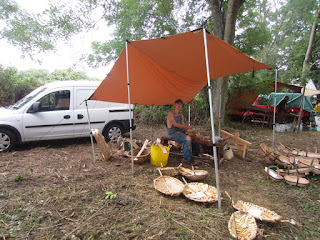 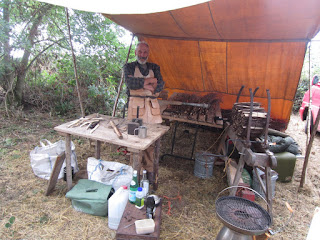 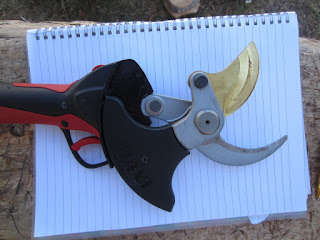 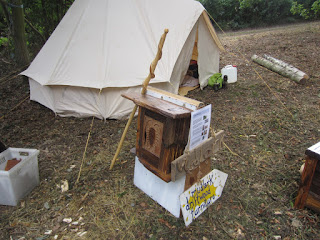 Bumped into a couple of local lads on a pole
lathe that I had not met and as yet not members. Predominately driftwood furniture makers. 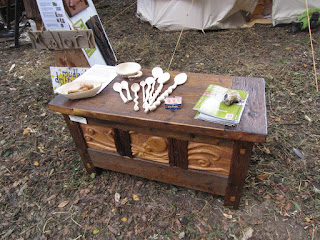 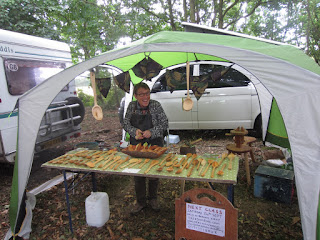 Jill Swan entertaining as ever, this time hiding out in the trees with the Sussex & Surrey Coppice Group. 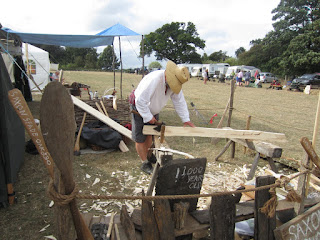 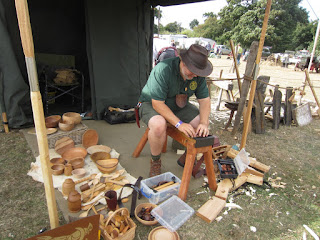 Paul Bradley AKA the ‘Bardster’ in his new ‘Designer tent’ making leather cases. 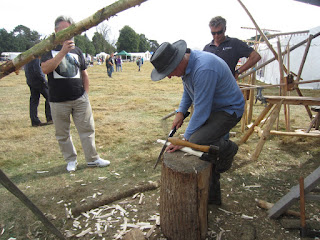 John Burbage with time off from shingles, back on his pole lathe.

Open workshop next weekend in Benenden. 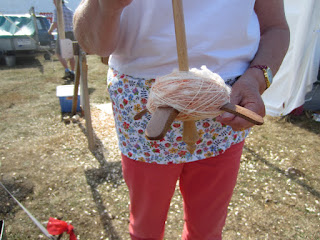 Carole Leonard had just spun this ball of wool using one of Keith’s drop spindles.

The spindle pulls out and then both the cross pieces – leaving a ball of wool. A clever way not using a spinning wheel, however it is slower. 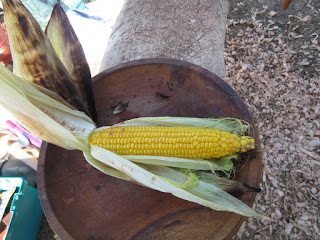 Sunday lunch (also provided by Swan Supermarkets). Pre soaked in water with outer leaves on first and then BBQ. Was cooked, very sweet and very moist.

This was our second year and we were very well represented, thanks to all our members who supported the event. Hopefully we acquired some more members as well. The weather was better than forecast – I suspect that the miss – forecast on Saturday kept people away unnecessarily. It was a pity that the shutting of the M25 gave me a four hour drive home!

I did manage to take home a box of goblets for the WCT competition in a months’ time. If you have made one or many you can give them to me a White Chimney Wood next weekend or at The Cherry Wood project or the Weald and Downland museum.
Posted by Unknown at 15:05