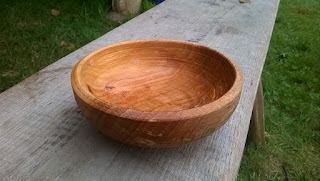 Present from Amy Leake – one of her bowls. 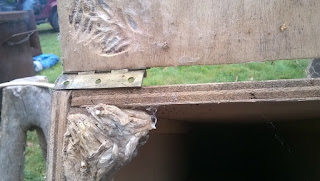 We found this unusual nest inside John’s steam box as we had planned to get the steamer going. I had a plan to bend bangles with bark on. 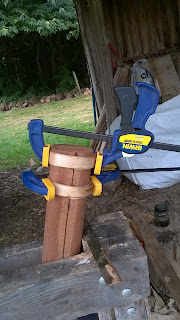 I had made the mandrel before I arrived. The plan was to push the end into the slot, wind the Sweet Chestnut around the former and then clamp until it cooled.

I had spoken to Richard Bingham about this a couple of weeks ago and he suggested using Ash instead as he does for miniature trugs.

I tried both and the ash was more successful however they all sprung back afterwards. Tying or using thicker material may be the answer. 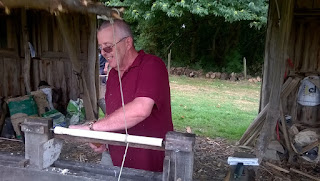 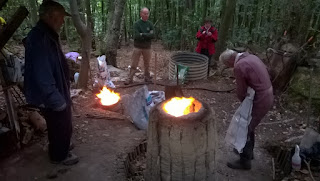 The Wealdon Iron Group were making iron in the forest. This is the moment to put the protection on prior to taking the furnace apart. 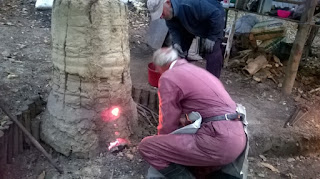 The bloom is inside the bottom of the chimney – so it is broken out. 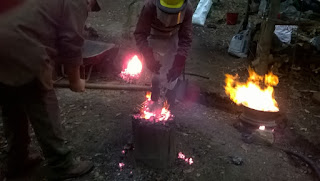 Once removed it is then bashed on a wooden block to remove impurities. 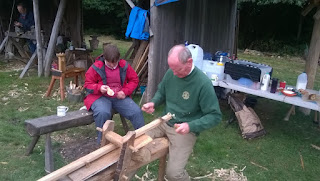 The membership secretariat (Dave and Sue Reeve) taking a break from their admin duties. They are in the process of making ladder-back chairs. 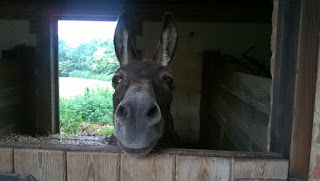 John’s donkey is 33 years old, apparently the donkey protection society carry out regular check-ups on him as he is second oldest donkey they have records for (oldest 38). He does not go short of TLC. Phil Piddell was developing a round wood chair pattern (with some assistance from Graham Aslett) for future use – note the brace and bit. 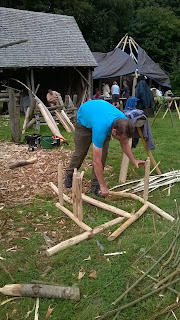 and the bucket of cordless drills and rounders! 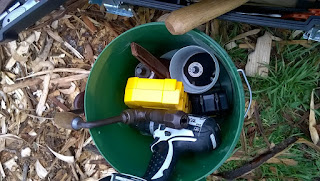 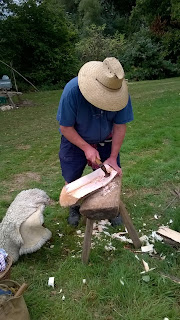 Damien Goodburn was using an HK adze to make a large spoon I think. He has been working on balers recently so it may have been another one of them.

A great week-end – We ended up with wide range of activities.  Big, big thank you to our host John Burbage for his hospitality.