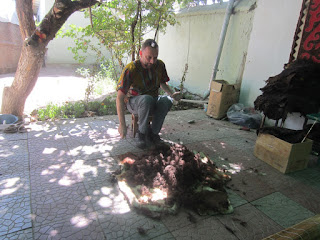 Phill is beating the raw wool with two metal whips, we saw others at the games using wooden sticks. They use winter and summer cut wool mixed. 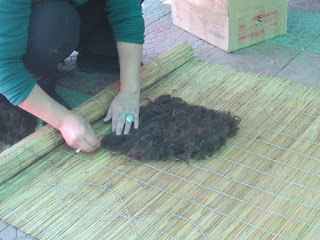 The beaten wool is torn into 75-80mm long handfuls and laid out onto the cane mat in two layers at right angles. The coloured pattern in wool is then laid on top. We all contributed to the pattern.

Traditionally they did not dye the wool so any pattern would be from another sheep! 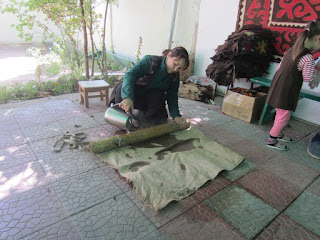 The whole thing is rolled up tight. Hot water as then poured liberally over the roll. 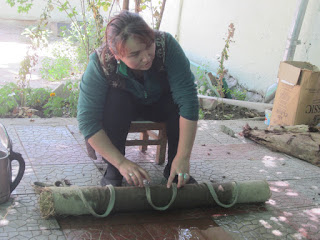 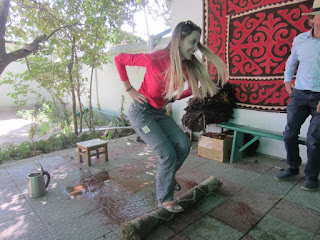 The music was put on and after our guide Christina had her turn we all danced on it. 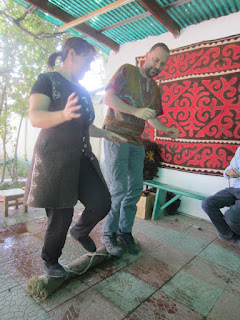 Phill with the felt maker! 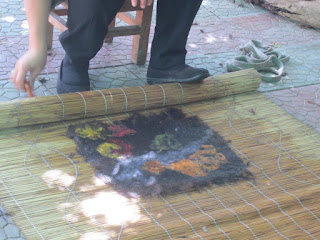 It is then unrolled. 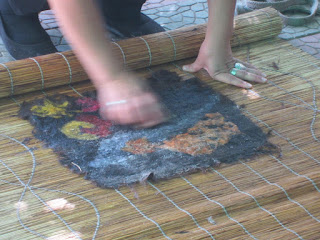 It is then soaped at least twice – it looks to help flatten the felt but also cleans. 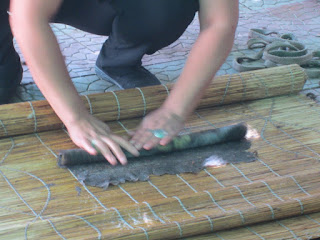 I guess the subsequent rolling and washing is about experience.

The posh patterns in multi colour felt are made in bits and hand sewed. It all takes a long time and we skipped the sheep shearing!