On the way to the games we arranged to meet a Kyrgyz Yurt maker – the real thing! 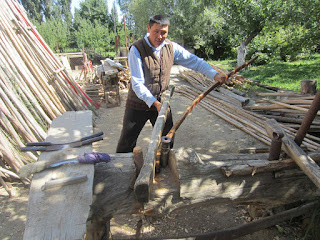 Roof poles are steamed and then straightened. 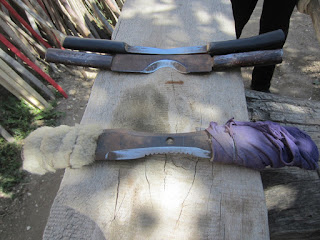 He makes all his own tools – note the toothed drawknife for the tradition pattern. 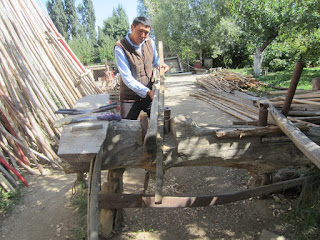 The brake has a heavy metal vertical tube and a lever. 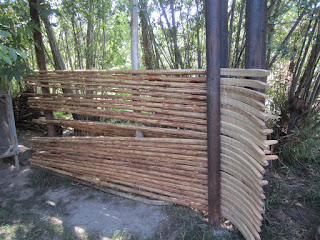 They are then put into a clamp to harden up. 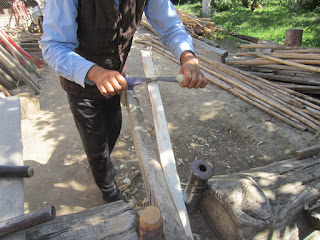 The side poles are also steamed and bent by eye and the bark is removed whilst soft. 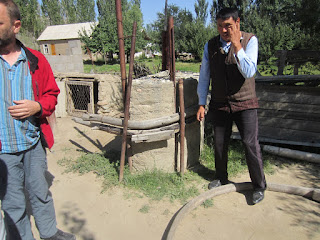 The former for the tunduk – brickwork and metal poles. The material is pretty thick and steamed for a long time before it is pulled round the curve using a ratchet winch. We did see a single round pole about 80mm dia, that had been used for this. Must of steamed it for a week! 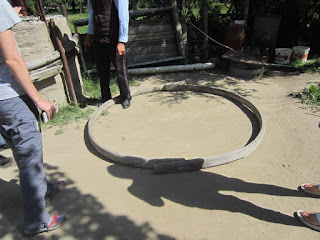 Made in two halves and then jointed. After that it is drilled and the square holes are burnt in using a heavy bar. 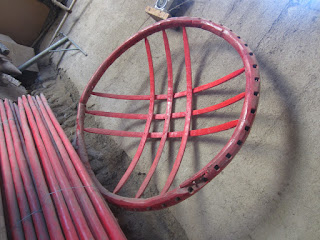 The quarters represent the seasons and the three bars months. 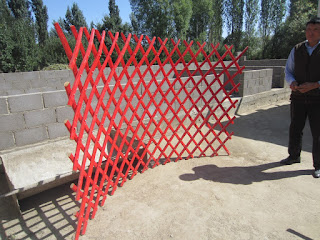 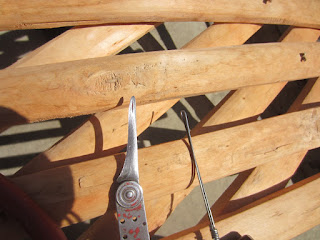 The slats are drilled and held together using rawhide that is knotted, pulled through with a wire loop then knotted again. The knife makes a longitudinal slit it is cut to length and the end pulled through to make a knot each side. 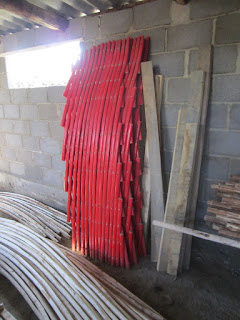 The completed side sections for a standard 6m yurt. Note that the curve flips out at the top. The long woven band sits in this and ties to the door frame. 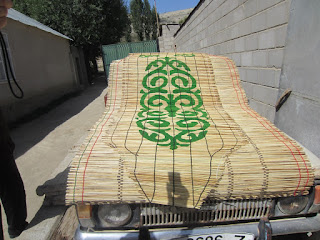 The roll down door is made from very strong grass and the pattern is wool that is wrapped around each individual stalk in a traditional pattern. 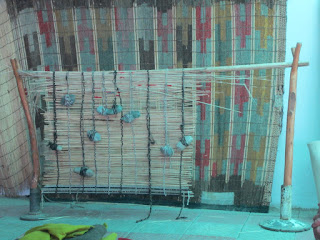 This frame assembles the stalks into a mat used for doors and yurt linings. Note the stone weights to maintain tension.

The guy we met makes 4 yurts a year – I think this is largely due to other commitments during the summer. Probably looking after livestock and growing their feed and well as his own food.