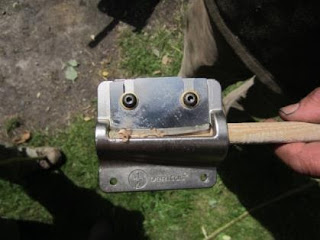 Kent group meeting Coopers Wood 22/23rd June
This must be the best venue of any group meeting. Graham Aslett and Terry Jones are great hosts in a very pretty setting inside the M25.


Terry was using a Veritas rounder / dowler which was a snip at £20. They even tried it on a treadle lathe – it worked very well – easier than malleting through a sharpened tube to make tines.

John Burbage was busy making a cherry stool from his own wood.  He had it tied to the bench and covered up with a bag later on, perhaps he did not want it to be recognised – next Ball entry? 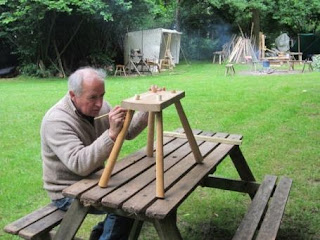 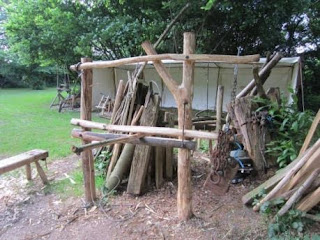