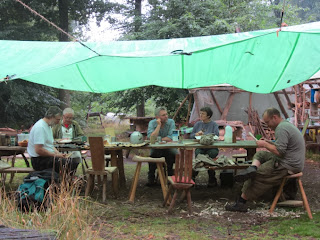 Nick and Katie Abbott have managed their wood for at least 20 years. They have built a great set – up for bodgers. Their usual regulars are their grandchildren and that is how it should be. After that there are the bodgers - Eric Rogers, Mark Biagent, Will & Sue Holden, Wiggy and Dave monk. Joseph Bloor from the London group was a relative newcomer due to his bursary from the WCT. 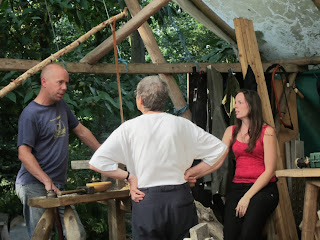 James was demonstrating his bowl turning prowess and although he had moved house recently and is totally out of practice, I would not bet against him at the ball next year. He has agreed to be on the WCT float at the Lord Mayors show on 9th November. Katie and myself are on the Howe committee. 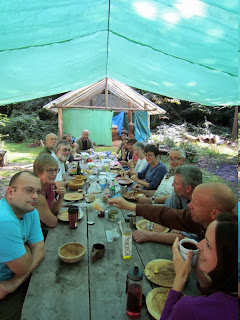 As per usual the shared lunches are the highlight of the weekend, between the heats for the swimming gala (well it did rain a bit).
Posted by Unknown at 10:23