Lord Mayors Show preparations Friday 8th November at a secret T A base. 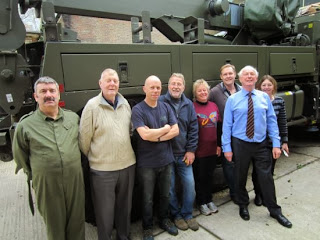 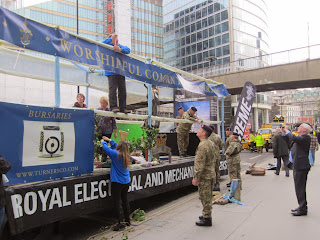 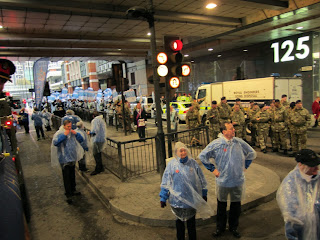 Setting up in London Wall was extensive as the float had to be stripped for the journey into London: It was a lot quicker the second time around. The Army guys were really cooperative and really helpful.

The people in the blue tops and macs were the whifflers who walked down each side of the float during the precession. They were either members of the Company (WCT) or their children.

(Historical Terms) Archaic an attendant who cleared the way for a procession
[from wifle battle-axe, from Old English wifel, of Germanic origin; the attendants originally carried weapons to clear the way] 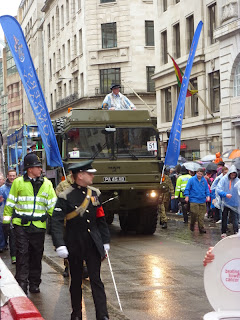 The TV coverage was disappointing – they only showed the Upper Warden bowing to the Mayor. 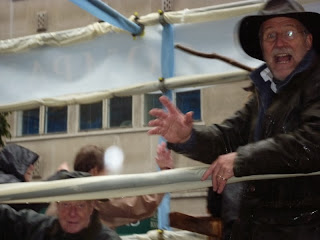 Someone in the crowd sent me these two last pictures.